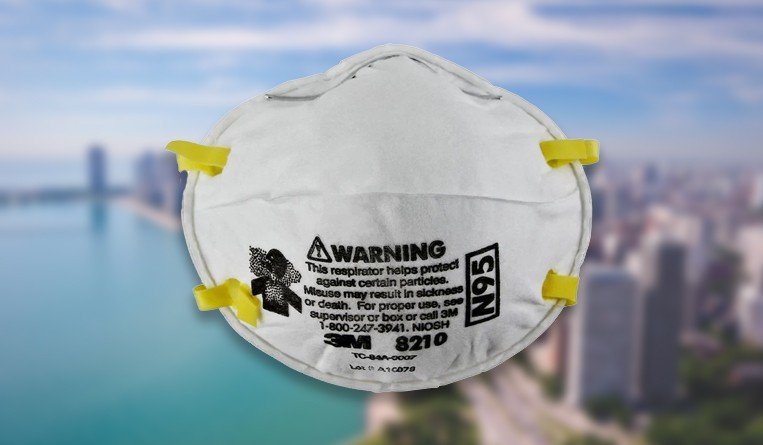 The United States Customs & Border Protection officers attached to the Anti-Terrorism Contraband Enforcement Team (A-TCET) in Chicago were contacted by Homeland Security Investigation to seize a shipment arriving from Shenzhen. On September 10, 2020, the shipment, containing more than 500,000 counterfeit N95 masks, was seized.

“Since China has been reported to produce the world’s largest supply of melt-blown non-woven fabric, a critical material for N95 masks, thus so far, most of the reported counterfeits and misrepresentations of National Institute for Occupational Safety and Health Approval N95 face masks are alleged to have come from primarily China, including cities like Shenzhen, Foshan, Guangzhou, Suzhou, Shanghai, Anhui province and Hubei province, as well as Hong Kong,” says Xiang Wang, a partner at Orrick in Beijing. “We’ve observed this practice in some of the disputes that we’re currently assisting on involving US entities against Chinese exporters that have sold counterfeits or misrepresentations of NIOSH-approved N95 masks or substandard N95 masks into the US.”

“Therefore, it’s prudent for the US purchasers of N95 masks to conduct careful due diligence before signing contracts with or making advance payments to Chinese exporters. For instance, the most common mistake the US purchasers make is not verifying with the manufacturer, but rather only dealing with the ‘front man’ exporter that claims it’s legitimate,” Wang says. “It’s also important to check with the US Food & Drug Administration, the Centres for Disease Control and Prevention, the Occupational Safety and Health Administration of the Department of Labour, the Federal Emergency Management Agency, as well as the Federal Bureau of Investigation, all of whom provide publicly available information on certification, prevention of counterfeits, misrepresentations of NIOSH-approval, as well as criminal charges against N95 mask counterfeiters.”

The shipment listed 500,000 N95 respirator masks, which were believed to be counterfeit. A-TCET officers removed 30 masks and sent them to a CDC testing office in West Virginia. The report concluded that 10 percent of the respirators tested had a filter efficiency rating below 95 percent. The shipment was seized under Federal Food, Drug, and Cosmetic Act Adulterated or Misbranded Products.

An appraisal performed by an import specialist established the domestic value at US$3,074,385 and manufacturer’s suggested retail price at US$474,905. The domestic value is higher than the MSRP strictly due to the masks being in high demand. The package was destined for a company in Manalapan, New Jersey.

“While we have no information regarding which company in Manalapan, New Jersey made the alleged purchase from China, if the New Jersey purchaser did conduct reasonable due diligence and was simply defrauded by the counterfeit exporter, the purchaser may have a defense. However, if the purchaser was either criminally negligent or a part of the conspiracy of importing counterfeited N95 face masks, the purchaser could face civil and criminal sanctions,” Wang says. “For instance, on June 5, 2020, a Chinese manufacturer named King Year Packaging and Printing was charged with producing and exporting to the US nearly half a million misbranded and defective masks that falsely purported to be N95 respirators. King Year faces three counts of violating the Federal Food, Drug and Cosmetic Act and one felony count of making a false statement by filing misleading registration documents with the FDA. The criminal complaint was filed in Brooklyn (New York) federal court.”

Certain organizations are attempting to exploit the limited supply of and increased demand for some pharmaceuticals, personal protective equipment and other medical goods required to respond to the pandemic. Among other products, these criminals are smuggling and selling counterfeit safety equipment, unapproved Covid-19 test kits, unproven medicines and substandard hygiene products through the online marketplace.

“There have been numerous reports regarding N95 counterfeits and misrepresentations of NIOSH-approval. The Associated Press reported in March and May, 2020, that after interviewing more than a dozen buyers, distributors and middlemen involved in the sale of millions of N95 masks that allegedly were imported from Shanghai Dasheng Health Products Manufacture Company, it became clear that these masks provided ear loops rather than elastic bands that stretch over the back of the wearer’s head, and that ear loop masks don’t adequately shield medical workers and first responders from infectious disease and further, these are also clearly counterfeits, because Shanghai Dasheng’s NIOSH-approved masks didn’t have ear loops,” Wang says. “The AP’s reporting also shows that these types of masks ended up in international humanitarian aid organizations, on nurses in southern California, a hospital in Massachusetts, as well as on a pediatric physician’s assistant in Virginia. Further, West Virginia’s State Military Affairs and Public Safety distributed 50,000 of these masks to paramedics and firefighters, prison guards and hospital workers!”

“While it might be difficult for the general public to decipher genuine N95 masks from ‘well-counterfeited’ ones, the US importers should bear the responsibility to conduct careful due diligence, including verification of manufacturing source, FDA certification, as well as testing of samples, among other things, to guard against counterfeits,” he says.