Patentability of inventions relating to dosing regimen in China 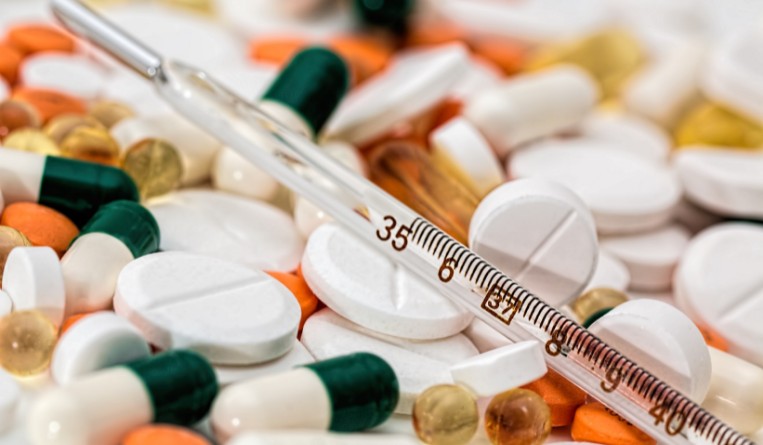 Methods for the diagnosis and treatment of diseases may not be granted a patent right (as per Article 25.1 of the Chinese Patent Law) by China or by many other countries in the world. In the examination practice of the China National Intellectual Property Administration (CNIPA), it is possible to seek protection for inventions relating to the second medical use of a substance by drafting a claim as “use of compound X for preparing a medicament for the treatment of disease Y” or the like. This format of claim is the so-called Swiss-type claim. The CNIPA’s Guidelines for Patent Examination explicitly provides that such claims are considered as use claims involving the process for preparing a medicament (Part II, Chapter 10, Section 4.5.2 of the Guidelines for Patent Examination (2010)).

It is generally believed that the above-mentioned provision in the Guidelines for Patent Examination is made by drawing references from the practice of the European Patent Office (EPO) concerning examination of second medical use inventions. Even after its termination by the EPO through case law (EPO Enlarged Board of Appeal Decision No. G02/08), the CNIPA continues to use Swiss-type claims, while differing in the examination practice from that of the EPO.

In the practice of drug research and development, some inventions contribute to the prior art mainly by discovering a new dosing regimen of a known medicament, such as a new dosage amount and dosing interval, and not by finding out new indications. As to patent applications of such inventions, the EPO explicitly admits the patentability of the second-medical-use claims defined by dosing regimen (EPO Enlarged Board of Appeal Decision No.G02/08), whereas the CNIPA would examine whether the features relating to use of the medicament, such as the object, mode, route, usage amount and interval of administration, have any limiting effect on the procedure of preparing the medicament, and the distinguishing feature that is merely embodied in the course of administering the medicament does not enable the use to possess novelty (see Part II, Chapter 10, Section 5.4 of the Guidelines for Patent Examination). This examination standard prevents most of the inventions relating to new dosing regimen from gaining patent protection in China.

In the patent examination practice, there have been some cases whereby disputes about the patentability of inventions relating to a new dosing regimen have been brought by patent holders with the patent examination authority (i.e., the CNIPA). To resolve these disputes, China’s judicial authorities at different levels have made their opinions clear. In this regard, an Administrative Ruling made by the Supreme People’s Court on the Chinese Patent No. 99812498.2 ((2012) ZhiXingZhongZi No.75) is generally regarded as the most authoritative judicial precedent in this field.

This case was originally filed for invalidation of the patent. The granted Claim 1 of the patent-in-suit reads as follows:

1. Use of daptomycin for the manufacture of a medicament for treating a bacterial infection in a patient in need thereof while not resulting in skeletal muscle toxicity, wherein a dose for said use is 3 to 75 mg/kg of daptomycin wherein said dose is administered repeatedly at a dose interval of once every 24 hours or 48 hours.

In the decision on the examination of request for invalidation, the Patent Reexamination Board (PRB, a formerly known branch of the CNIPA, which currently corresponds to the Reexamination and Invalidation Department) held that the prior art document discloses the same medical use of daptomycin as that claimed in the present patent, except that the daptomycin is used in different dose at different dose interval. It is well-known to those skilled in the art that the features defined by dosage amount, repeated administration and dose interval are to be selected and determined according to individual patients by physicians in the treatment process, and thus belong to those involved in the administration process and have nothing to do with process of manufacturing the medicament. Therefore, the features defined by dosage amount, repeated administration and dose interval have no limiting effect on the medicament per se, and cannot distinguish the medical use of Claim 1 from that of the prior art.

After the case was appealed to court, the rulings of the first and second instances both upheld the aforesaid invalidation decision. The patentee subsequently requested retrial before the Supreme People’s Court. In its retrial ruling, the Supreme Court explicitly approved the examination standard implemented by the CNIPA on this issue. It stated that the Swiss-type claims for the second medical use inventions are claims of process type. Such claims preclude other manufacturers from manufacturing the same product having the same use. Hence, the technical features defined in such claims should also be analyzed from the standpoint of process claims. Typically, it is factors such as raw materials, preparation steps and technological conditions, as well as the form or components of a pharmaceutical product, and the equipment used, etc., that have a limiting effect on the preparation process.

The above opinions first expressed by the Supreme People’s Court manifest its attitude toward the criterion for the grant of patent on inventions relating to new dosing regimens. As the Supreme People’s Court is the authoritative steward in the judicial system of China, the likelihood of future success in challenging the examination standard of the CNIPA through judicial approaches would be very slim. Despite that the ruling of the above case has seemingly provided the “final” conclusion, there are still ongoing discussions on the patentability of inventions relating to new dosing regimen in the medical field.

The CNIPA and Swiss-type ‘process’ claims

The core idea of the Supreme Court’s ruling resides in that Swiss-type claims are of process type, and thus their technical features should be analyzed from the perspective of process claims. Nevertheless, after meticulously studying the pertinent patent examination standard, one can find that the above standpoint seems to be not well-founded.

It is true that Swiss-type claims may be classified into claims of the process type (i.e., in the category of process for manufacturing a medicament) undisputedly; however, in practice the CNIPA deals with Swiss-type claims differently from ordinary medicament-manufacturing process claims. According to the current examination practice, for inventions in the field of chemistry, “the process-related claims may be defined by the features of the process relating to procedure, substance and apparatus” (see Part II, Chapter 10, Section 4.4 of the Guidelines for Patent Examination), whereas the Swiss-type claims are not required to comply with this provision; instead, it is only required that the new indication or new dosing regimen discovered by the inventors should be specified. This, of course, is a sensible and understandable requirement. As what is claimed by Swiss-type claims does not reside in improvements to the production process of the medicament, it is unnecessary to define the features relating to the steps of the process as those required for ordinary medicament-manufacturing process claims. As such, it seems that the Swiss-type claims belong to “non-typical” claims of process type with a certain unique trait; and this unique trait exactly necessitates an independent presence of Swiss-type claims outside ordinary medicament-manufacturing process claims. If the technical features of these special claims are simply analyzed from the perspective of process-related claims, their unique trait might be neglected instead of being sufficiently considered.

The author opines that Swiss-type claims possess certain unique traits distinguishing them from ordinary medicament-manufacturing process claims, which is of vital value to patent holders and thus justifies their presence in the patent system in addition to ordinary medicament-manufacturing process claims. Specifically speaking, Swiss-type claims offer patent holders an opportunity to obtain appropriate protection for their new research and development achievements under the background that methods for the diagnosis or treatment of diseases fall inside non-patentable subject matter according to the Chinese Patent Law.

By grant of such claims, a patent holder is entitled to prohibit its rivals from showing the patent-protected medical use on their drug insert sheets, or making commercial propaganda related thereto, thereby protecting the research and development achievements of that medical use. This is quite different from the approach of protecting ordinary medicament-manufacturing processes. Accordingly, the patentability of Swiss-type claims should be examined by focusing on the substantive contents of the invention as claimed (i.e., the newly discovered pharmaceutical properties of a known medicament), not on the medicament-manufacturing process.

Furthermore, the current examination standard inevitably renders many inventions relating to dosing regimen unable to pass the novelty examination, let alone obtain a patent right. On the other hand, there are also indeed some inventions relating to dosing regimen that could pass the novelty examination owing to changes in the manufacturing procedures. An apparent consequence is discriminatory treatment of inventions-creations in the legal system, which should otherwise be of equivalent values in terms of their technical innovations; and the basis that determines whether they will be treated discriminatorily is not up to the substantive contents of the inventions, but to the effect of the dosing regimen on the medicament-manufacturing process. Hence, from the perspective of policy direction, it seems that such discriminatory examination is unreasonable; and it is also unfair to workers who are engaged in research and development of new drugs in the medical field.

With increasingly more research and development achievements relating to new dosing regimens in the pharmaceutical industry, more patent applications, including Swiss-type claims defined by dosing regimen, will be filed to be examined by patent examiners. Especially amidst the reality of China’s lack of strong capacity to develop innovative drugs, there will be more demands from the industry for patent protection for inventions relating to new dosing regimen. Perhaps in the near future, the examination standard for inventions in this field would be further relaxed; and during the novelty examination of Swiss-type claims with new dosing regimen, whether the features relating to use of the medicament have any limiting effect on the medicament-manufacturing process would no longer be considered. This change would not only satisfy the prevailing demand for patent protection of medical use inventions in the industrial circles, but also overcome the inherent, logical inconsistency of the current examination standards.

Jiancheng Jiang embarked on career in 1987 when he joined a pioneer IP agency of the country, China Patent Agent (HK) Ltd. He served the firm for 16 years consecutively in the capacity of patent attorney, manager of the chemical department, deputy director of the Beijing office and assistant general manager. In 2003, Jiancheng founded Peksung Intellectual Property in response to surging client demands and market dynamics. He has been leading Peksung’s practice group in tailoring agile, reliable and efficient legal solutions to cater to the intellectual property needs of multinationals and Fortune 500 corporation clients in China. Jiancheng has significant experience in advising clients in various patent prosecution and contentious matters. His expertise primarily focuses on prosecuting and litigating complex patent reexamination, invalidation and infringement disputes, planning and formulating corporate IPR strategy and advising and executing patent-related protection, defense and enforcement strategy in a wide variety of technical fields, particularly biochemistry, biotechnology, pharmaceutics, and organic chemistry. Jiancheng is vice president of International Federation of Intellectual Property Attorneys (FICPI) China and was vice president of All-China Patent Attorneys Association (ACPAA).