The latest developments in patent validity examination in China 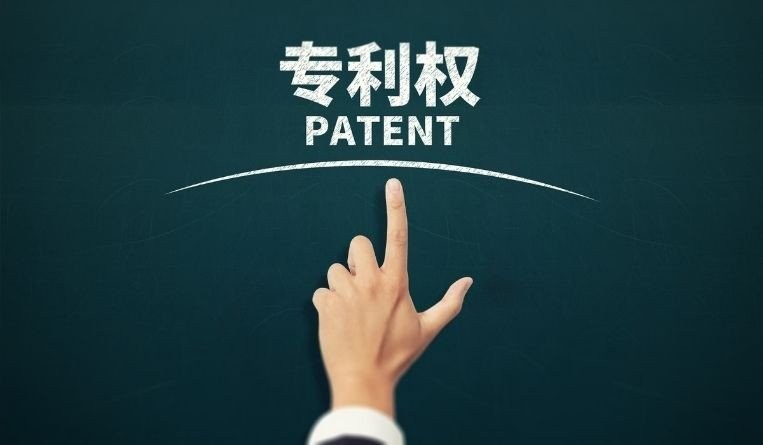 As China’s patent system has improved dramatically in recent years, patent holders are expected to become significantly more willing to choose China as their venue for litigation. Shengxiang Fan explains how the system has been improved, and what that means for owners of patent rights.

The modern patent system has been implemented in China for more than 30 years. After these years of development, the number of patent applications in China has ranked first in the world for many years. Moreover, in recent years, China’s national intellectual property development strategy has also changed from the development of quantity to the improvement of quality. From government agencies, patent applicants to patent service agencies, all are working hard for high-value patents. In this process, whether it is a high-value patent or not, the most direct proving ground is to see whether profits can be obtained through patent operations, including litigation, licensing and other means. In recent years, with the increasing number of patent operating agencies, non-patent enforcement entities (NPEs) at home and abroad have become more enthusiastic about patent operations in China. Although in terms of infringement compensation, Chinese courts and government agencies have made higher and higher judgments, in terms of patent stability, the environment seems to be more friendly to patentees. However, for NPEs, it is not easy to get a large amount of license fees in the process of operating patents in China. One of the most critical links is how to deal with the challenge of the validity of the patent right and avoid the situation where one not only does not receive the license fee but also loses the patent right. This article preliminarily shares the latest developments in the effective examination of patent rights in China.

According to Article 45 of the Chinese Patent Law, anyone can file an invalidation request with the National Intellectual Property Administration (CNIPA, formerly SIPO, the State Intellectual Property Office of China) for an authorized patent. At the same time, it also stipulates a number of invalidation grounds that can invalidate the patent right. Therefore, legally speaking, the only examination agency that can determine the validity of a patent right is the Reexamination and Invalidation Department of the Patent Office, CNIPA.

However, a recent development that deserves attention is the judgment on patent infringement litigation made by the Nanjing Intermediate People’s Court in Jiangsu Province, China, at the end of June 2020. The court directly determined that the patent right was not creative, and rejected the judgment of the claim of the patentee as the plaintiff. Whether more courts directly determine the validity of the patent in the future is worth looking forward to. However, for the current determination of patent stability, most of the current situation is still subject to the determination of the National Intellectual Property Administration, and most of the invalidation decisions made by the National Intellectual Property Administration entered the subsequent administrative litigation procedures are also upheld by the courts. Therefore, patent holders need to pay attention to and understand the legal provisions issued by the national intellectual property rights on whether the claims are valid, as well as the understanding and determination of the patent claims and specifications.

Regarding the invalidation grounds clauses involved in determining whether a claim is valid, although Article 65 of the current implementation rules of the Patent Law stipulates 12 legal clauses that may invalidate the patent right, in the application of specific laws, the applicable clauses that can invalidate the patent right are mainly only the provisions of Article 22 and Article 23 of the Patent Law. The fact that the remaining 10 clauses can be supported by the National Intellectual Property Administration is very rare. Among them, Article 22 of the Patent Law mainly relates to the novelty and creativity of invention and utility model patents, and Article 23 relates to the difference between designs and existing designs (that is, the “novelty” and “creativeness” of designs). (The quotation marks are added by the author for the convenience of readers’ understanding, and there is no such quotation mark in the legal provisions.)

That is to say, in the judgment of patent stability in China, if the invalidation requester as the challenger does not find the existing technology that affects the novelty stability of the patent, then the invalidation challenge is likely to be unsuccessful. On the contrary, it helps the patentee to increase its stability and public expectations, and can clarify and amend the scope of protection of the claims. Regarding the fact that the granted patent has touched the grounds for invalidation – for example, the scope of protection of the claims is unclear, the specification cannot be supported and the modification exceeds the scope of the original application – the patentee can fully explain in the invalidation procedure or in combination with the existing examination files to overcome the above-mentioned problems.

As long as the patentee can reasonably interpret the claims and specifications, the National Intellectual Property Administration will have a greater probability of accepting them in the invalidation review. In addition, since there is no evidence disclosure procedure in China, even if false statements are made in the process of applying for a patent or the process of making an invention is not truthfully disclosed to the National Intellectual Property Administration, the patent right will not be invalidated. （Except for the following situations, inventions and creations completed in China that have not undergone confidentiality review are directly applied abroad first.） Therefore, as far as the patent holder is concerned, as long as the requestor does not provide strong prior art evidence, the stability of the patent will not be severely challenged, but may be beneficial to the patent right. In other words, for the patentee, the weapons that can be used as an effective attack have been greatly reduced.

In addition, statistics to 2020 show that the proportion of maintaining or partially maintaining patent validity is also increasing. This aspect shows the National Intellectual Property Administration’s confidence in stimulating innovation in the patent system and confidence in the applicant’s technical strength and ability to apply patent laws and regulations. At the same time, it may also be due to the enthusiasm for patent operations in the whole society. If the patents that have been granted still have a relatively high percentage of invalidation, then the activities of important features of the patent life cycle such as patent operations will not be able to continue. The ecosystem will not work.

Moreover, from the statistical data, since creativity has been used as the main reason for invalidation to evaluate the effectiveness of patents for nearly 10 years, the proportion of maintaining validity is still increasing, indicating that certain criteria for judging patent creativity may also occur subtle changes. In other words, the judgment standard itself has not changed. It is still the standard stipulated in the Patent Examination Guidelines, but the examination concept has undergone subtle changes, That is to say, the high requirements for invention and utility model patents are actually reduced, the request that prior art evidence used to deny patent inventiveness made by the petitioner has increased.

In addition, at the end of June 2020, the Supreme People’s Court made a judgment on the “chat robot system” involving Xiaomi robots， revoking the second-instance judgment made by the Beijing Higher People’s Court and maintaining the validity of the patent. According to the judgment, the Supreme People’s Court’s judgment indicates that there should be more room for tolerance and interpretation of authorized patents. Even if the features related to the invention are not disclosed and disclosed in detail in this patent, it is only necessary for those skilled in the art to implement them according to the prior art. Therefore, judging from the trial practice of the Chinese courts, the fact that the Supreme People’s Court interrogated and made a judgment two months ago also seems to indicate that after the patent right is granted, a certain degree of interpretation should be allowed for some defects in the patent. Therefore, as far as the application of the law is concerned, the administrative agency that examines the validity and the subsequent judicial procedures also show a relatively friendly attitude to the patentee, especially in terms of drafting.

Combining the above three aspects, with regard to the substantive application of legal provisions that lead to patent invalidity and the degree of certainty of specific creativity, the current practice of patent validity examination is more inclined to patentees. Therefore, it can be expected that patent holders, including NPEs, will be significantly more willing to choose China as the venue for litigation, and there may be more patent litigation in the future.