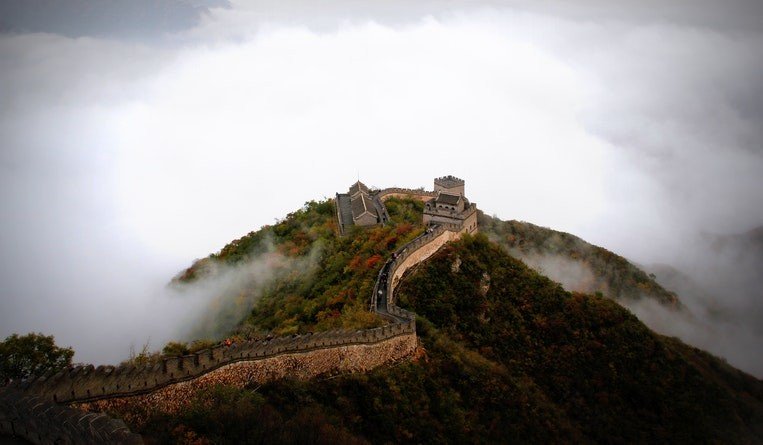 China’s central government has drawn up a plan of 100 steps to make the country into an IP powerhouse. Espie Angelica A. de Leon gets reaction from lawyers across Beijing.

China is gearing up to be a powerhouse country in the field of intellectual property.

The plan aims to deepen reform in the field of IP, increase the protection of IP rights, promote the creation and application of IP, deepen international exchanges and cooperation, and strengthen lop-level design, organization and implementation.

Many of these 100 measures concern patents including abnormal patent applications.

This led to the filings of abnormal patent applications.

“Abnormal patent applications mean those filed not with the purpose of intending to get real protection of a certain technology, but with a view of getting sustentation funds and/or rewards from local governments. To obtain such fund and reward, some firms or individuals intentionally file more than two applications based on same or very similar technical schemes,” says Frank Chen, a partner at GoldenGate Lawyers in Beijing.

“Tempted by the funding, some firms colluded with the companies in creating patent applications or made up patent applications by themselves. It could be very easy because all they had to do is make up some technical stories no matter how simple or weird they are and file them as an application since, at the beginning, some local governments or local IP offices only looked at the numbers,” says Xiao Jin, patent attorney at CCPIT Patent & Trademark Law Office in Beijing. “People soon realized the loophole in the measurement. But before the problem was fixed, millions of dollars were provided, including both [for] the companies cheating and the companies working normally.”

According to Johnson Li, a partner at Wanhuida Intellectual Property in Beijing, the CNIPA has published lists of thousands of abnormal applications and decisions punishing the filers and their patent agents.

“It is widely believed that the published cases are only the tip of the iceberg,” says Li.

“What I can tell is that abnormal applications are found almost everywhere in terms of the regions where the filing entities are from,” says Jiancheng Jiang, managing partner at Peksung Intellectual Property in Beijing. “This can be seen from the various relevant discipline decisions delivered by the CNIPA. I also believe, personally, that abnormal applications are more of utility models and designs than of invention patents.”

Peng Zhang, an equity partner at Zhonglun Law Firm in Beijing and a participant in the research for the plan, believes it will dramatically reduce the rate of abnormal patent applications. This is especially so with the improvement of the quality of examination for patent applications he says, as it discourages potential filers to submit abnormal applications.

Aside from addressing abnormal patent applications, the plan also touches on patents in relation to the academic community.

No. 60 states: “Gradually establish a university job science and technology achievement disclosure system and a patent application pre-assessment system, stop funding awards for patent applications, substantially reduce and gradually cancel awards for patent grants, and the inventors or the team is rewarded. In policies such as job title promotion, performance appraisal, job appointment, project conclusion, talent evaluation and scholarship evaluation, it is strictly forbidden to simply take the amount of patent application and authorization as the assessment content, and increase the weight of patent conversion performance.”

Says Chen: “This point facilitates to improve relative intrinsic value and exploitation of patents, especially those to be filed by colleges and universities. In the past, the purpose of many professors making an invention is for obtaining a title of higher level or for meeting requirements of closing a project which is financially funded by government. Such an invention is usually not market-driving and nobody cares about its possibility of exploitation. As a result, this kind of invention is just one buried in the huge pool of patents which would never be really exploited.”

For Li, decreasing the reward for patent filing while increasing remunerations to universities’ patents during the implementation phase would bring more incentives. These changes will prod universities to focus their time and energy on creating inventions and patents that could truly impact the public.

“Although many high-tech companies emerge in China,” says Li, “not all of them have enough experience and resources to follow technology development and patent competition. The patent navigation guideline as a public service provided by the government could help Chinese companies to make wise decisions based on the industrial data and patent data.”

The National Development and Reform Commission (NDRC) and Ministry of Science and Technology (MOST) will undertake the responsibilities covered under No. 62. Jin explains that with data from the Chinese Patent Office (CPO), the NDRC and MOST would understand global industry and technology developments better and would lead the country’s technology in a more efficient way. Meanwhile, the CPO will handle patent information collection and analysis. It has been issuing patent statistics reports and industrial patent analysis reports since 2012.

“The plan now requires further utilization of these reports to guide and improve our economy. I believe the NDRC and MOST would make good use of the reports provided by the CPO in their duly work,” says Jin.

Affirming the importance of patent navigation as a decision-making mechanism to improve patent exploitation, Zhang says that the purposes of patent rules include two parts. These are to encourage innovation by granting patent rights and to spread the technical information publicly by disclosing the patents.

“For the first purpose, it is essential to protect patent rights strictly. For the second purpose, an effective method is to explore the innovation by analyzing the technical information in the patents. Patent navigation is a decision-making mechanism in which the patent roadmap could be used for choices of technical solutions,” he explains.

Jin says there are many scientific projects financially supported by government organizations such as the National Natural Science Foundation of China. However, mechanisms for regulating IP rights generated during the project are not in place.

“Point 66 is talking about the establishment of a disclosure system for this kind of project so that at least we may identify the patents originated from the government aid,” he says. “Someone suggests that the applicant is obliged to make statements in their patent applications that this application(s) is aided by the government, which is believed also helpful in assessing the whole project, such as how many patent applications are generated from one specific project.”

According to Li, some of the problems associated with the current practice stem from such excessive financial support. Abnormal applications are among them.

“The information disclosure system on financially funded projects could help to restrain financial support to useless projects and reduce the generation of low-quality patents,” he says.

The plan also aims for internationalization of patents.

“The internationalization of patents is an area which is being shadowed by both the current pandemic and the worsening Sino-U.S. relationship,” says Jiang. “However, it is believed that China will keep furthering the cooperation with the WIPO and other international IP organizations. It is also almost certain that Chinese companies seeking IP protection abroad will continue to be encouraged.”

Zhang believes implementing these will help China improve IP’s beneficial effectiveness and enable the country to use it for industrial development.

Some of the other lawyers think that such improvement will take longer.

“Sure, although it may take a long time. To improve quality of IP in terms of innovation and examination, to promote commercialization of IP, and to strengthen protection of IP may create a virtuous circle,” says Chen. “As a result, the useable and powerful IP assets in China would be snowballing.”

For Jiang, improving the quality of IP remains an issue.

“I believe it helps. However, the homework cannot be done merely with the improvement of IP system,” he says. “As I see the plan, improvement of the quality of IP, especially that of patents, is still an issue which so far has not been dealt with very effectively. It calls for not only the bettering of IP but also, for example, the reform of all elements involved in innovation.”

The lawyers may have some reservation but they remain optimistic. As it is, the country has already proven itself as a powerhouse in sports, science, technology and economy. With the plan in place, China as a power country in IP may be in the offing. Or, it could already be up and running by this time.