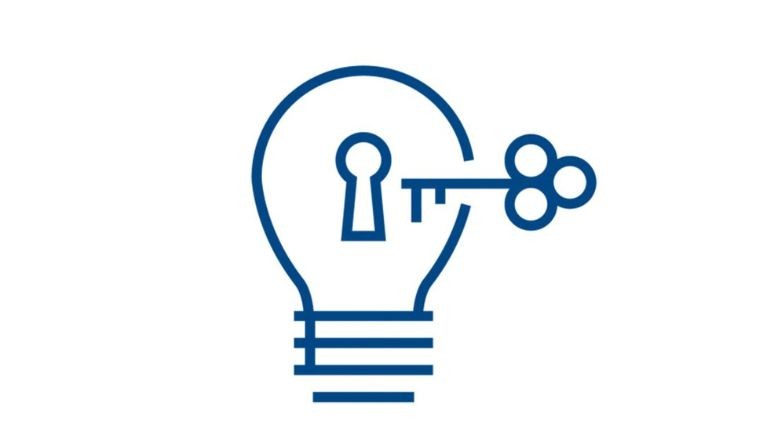 Trade secrets can be a useful form of intellectual property protection. They often come at a much lower costs than a patent, but in Asia, at least, they also come with significantly fewer protections. Excel V. Dyquiangco examines when a trade secret is a good idea.

A trade secret is a type of intellectual property embodied in a business information that an enterprise uses to develop its products. Its confidential nature allows the enterprise to extract commercial value from it.

Trade secrets may be anything from formulas, processes, designs, device or data, among others. Recipes, computer program designs, search algorithms, manufacturing processes, customer data and lists of suppliers are some examples of trade secrets.

Companies resort to trade secret licensing to commercialize such proprietary information, grow their business and strengthen their foothold in the market.

“I have seen the food manufacturers using trade licensing route to expand their operations by way of franchising arrangement or entering into joint ventures,” said Ranjan Narula, managing partner at RNA, Technology and IP Attorneys in Gurugram.

For licensors and licensees, it does offer many specific benefits. In fact, trade secret licensing has several advantages over other forms of IP, including patents, which are often compared with trade secrets:

“Taking patents as a comparison, the cost to obtain patent protection alone can potentially be high as a professional patent attorney has to be engaged in searches, advice, drafting specification, overcoming office action, etc. and the whole patent application process can take a long time,” said Andrea Fong, a partner at Wilkinson & Grist in Hong Kong.

“Trade secret protection can endure indefinitely – as opposed to patent protection, which is limited by time – so trade secrets can be licensed on a perpetual basis,” said Sanil Khatri, senior associate at Baker McKenzie Wong & Leow in Singapore.

This is especially true for small businesses. A small business lacks the necessary resources, including manpower and funding, to tap other markets, especially global markets. However, granting a license to other business entities which have more resources allows the small enterprise to gain headway in these markets.

“We know that developing and expanding a trade secret-based business through licensing can be seen as a good alternative, especially for small business entities as it is usually less expensive than starting and building a chain business or branch by themselves,” said Fortuna Alvariza, founding partner at FAIP Advocates & IP Counsels in Jakarta.

“A small business does not have easy access to financing options to expand their business and in many cases, they are risk averse. Therefore, trade secret licensing can add a revenue stream without exposing the small business owners to the complexity of raising funds,” said Narula.

Typically, trade secrets are assigned or licensed in bundles along with patents and other IP rights. As such, they become additional bargaining chips for a licensor at the negotiation table. With trade secrets included in the agreement, the licensor has better chances at getting more value out of the licensee.

“For example, a licensor could charge a higher royalty fee if a licensee requires knowledge of a trade secret to properly exploit a licensed patent,” said Khatri.

“It can be structured to oblige a licensee to continue to make royalty or lump sum payments even after the confidential information enters the public domain,” explained Khatri.

However, trade secrets are not protected by a specific legislation in many jurisdictions. Hence, compared with other IP assets, trade secrets have less protection.

“India does not have sui generis law to protect trade secrets. Thus, they are protected by way of contractual agreement between the parties and common law of torts,” shared Narula.

Likewise in Hong Kong, there is no specific legislation regarding trade secrets.

“The limited number of reported cases involving trade secrets may well be an indicator of the difficulty in seeking protection in this area,” said Fong.

Meanwhile, Singapore law contains no express definition of trade secrets. Under common law, trade secrets are protected by the doctrine of breach of confidence and related legislation such as the Penal Code and Computer Misuse Act.

In contrast, the United Kingdom protects trade secrets under both common law and the Trade Secrets Regulations 2018.

Meanwhile, nearly every state in the United States has put in place variations of the Uniform Trade Secrets Act for the protection of trade secrets.

“The typical drawback of trade secret licensing will be the risk of losing the trade secret which is not otherwise protected when compared with other forms of registrable IP,” said Fong, citing patents as an example.

“Patents offer protection even if it is publicly disclosed but trade secrets provide protection by secrecy. Hence, once the know-how ceases to be a secret, be it as a result of technical leaks or reverse engineering, it will become part of the public domain and loses its protection immediately,” she explained.

“Even subject to confidentiality obligations in a licensing agreement, disclosing trade secrets can increase the risk of misappropriation by a licensee or third parties. When trade secrets are disclosed or introduced to the public domain without the licensor's consent, a licensor may nonetheless lose its competitive advantage and ability to commercialize its confidential information,” Khatri added.

The very confidential nature of trade secrets, in itself, already signals a pitfall to licensors. This can make it difficult to define the precise scope of the trade secret in a licensing agreement. Consequently, this may adversely affect the level of protection provided to the trade secret.

Of course, there is always the risk of the licensee not complying with the contractual relationship and terms of agreement while the licensor may have already shared the trade secret. It may be outright non-compliance with the agreement such as using IP outside the territory when the agreement contains territorial restrictions. Or, it could be due to multi-interpretation of one or more clauses according to each party’s interest or extreme limitations from the licensor to the licensee.

As such, the license may be terminated. Despite the termination however, the licensee may continue using the trade secret for its own interests. The licensor will then find himself spending resources to protect and enforce his rights.

In such breaches of agreement, enforcement of trade secrets and obtaining commercially useful remedies may prove difficult.

“An injunction may not be effective where disclosure of the trade secret has already occurred. In such circumstances, damages for breach would be more appropriate, but it would be difficult to determine since the calculation of loss would be speculative and the owner's valuable trade secret would have been compromised. The licensing agreement may fix liquidated damages, but any such clause would be subject to the court's determination of whether it is a penalty clause, which would not be enforceable under Singapore law,” Khatri said.

“Due to the nature of the trade secret license agreement which is strictly confidential, the alternative solution of the dispute is usually done out of court in order to keep the discretion of the case. Such dispute resolution is sometimes considered as a soft legal action with lack of deterrent effect. We also know that the light effect or sanction may lead to negligence,” added Alvariza.

Another potential risk involves a licensee engaged in the production of competing goods. He may be utilizing the trade secret by making small tweaks and then argue that the information is available publicly anyway. In the long run, this can lead to the competitor-licensee gaining more public recognition than the licensor.

How then can licensors and licensees navigate through these risks, traps and pitfalls? Our interviewees share these tips:

According to Khatri, these agreements should include territorial and/or product restrictions and state whether the license is exclusive or non-exclusive.

Since multiple types of IP rights are usually included as a bundle in most licensing agreements, it is important to identify which precise technology and proprietary information are involved.

“Strict terms should be imposed to control who can again access to the trade secrets with suitable personal undertakings and covenants to be provided. It is very common to see instances of loss of trade secrets occasioned by departure of relevant personnel who has access to such information,” said Fong.

As for NDAs, these act as common safeguards against the potential loss of proprietary know-how somewhere along the way during preliminary negotiations.

“Release of some confidential information is necessary for preliminary negotiations of the licensing trade secrets, and unfettered disclosure may result in the loss of proprietary know-how,” Fong explained.

“The NDA outlines the objectives for which certain confidential information may be used, the safeguards that will be put in place to protect it and the restrictions on when it may be disclosed to third parties in exchange for a promise of secrecy,” she added.

A survival clause should also be provided, requiring licensees to maintain the confidentiality of the trade secrets post termination of the license in case this happens for whatever reason.

In addition, the license should establish under what conditions each party can terminate the agreement.

“For example, to prevent unexpected third-party access to the trade secrets, a license may include terms which allow the licensor to terminate the license if there is a change in the licensee's control and ownership,” said Khatri.

Licenses should also create systems to prevent accidental disclosure and include procedures and remedies for breach. One example is a material breach clause which revokes the licensed rights and terminates the agreement.

“Trade secret is a very different form of IP and its specific character is precisely the result of its attraction and pitfalls as discussed above,” said Fong. “Hence, considering whether to keep the proprietary information as a trade secret or seek protection through obtaining registration is a balancing exercise for the owner.”

Once the owner decides to keep it as a trade secret and grants a license to another party however, such exercise needs the cooperation of both parties.

“The acknowledgement and recognition of the trade secret owned by the licensor holds an important part in such licensing agreement. Concretely, the good faith from the two parties is needed to respect the trade secret which is an essential part of the business,” said Alvariza.