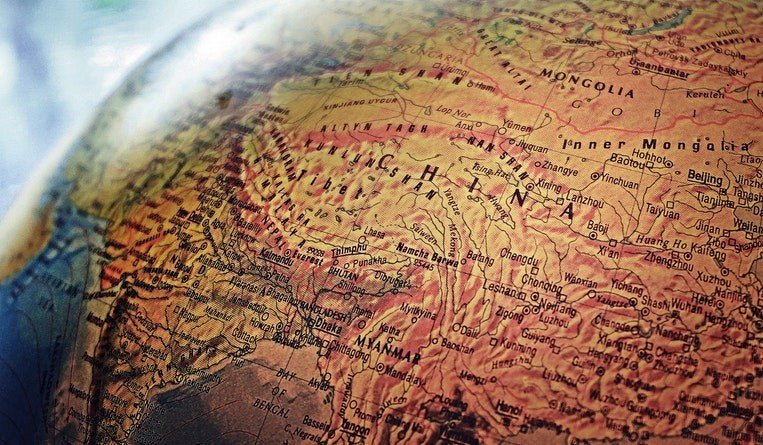 On May 13, 2021, the National Intellectual Property Administration announced that more than 4,200 Chinese patents were granted by 26 countries participating in the Belt and Road Initiative in 2020, up 19.3 percent year on year.

“Despite the impact of Covid-19, the increase of Chinese patent application filings and grant in the Belt and Road countries are mainly due to the Implementation of the ‘One Belt One Road’ policy by the Chinese government and NIPA’s deep co-operation with the patent offices of these countries to ease the filing process,” says Catherine Zheng, a partner at Deacons’ Intellectual Property practice in Hong Kong. “The top patent fillings are focused in the technical areas of digital communication, computer technology, electrical apparatus and energy which coincide with the objectives of the Belt and Road.”

The above implementation is also supported by the government funding policies. “In many cities in China such as Xi’an, Guangzhou, Shenzhen, Zhuhai, different funding policies are available for companies that successfully obtained granted patents in countries along the Belt and Road. For example, in Guangzhou, for companies with granted patents in countries along the Belt and Road, they can receive subsidy of ¥20,000 (US$3,100) per patent whereas in Xi’an, companies could receive 50 percent of the registration fee as subsidy for successfully granted patents in the Belt and Road countries,” Zheng says. “However, such funding programs will end soon. China will cease providing patent filing subsidies starting from June 2021 and such patent grant subsidies shall all cease by year 2025. Therefore, whether China’s published patent application would still record a double digit percentage growth in the future remains to be seen.

In addition, there is a business need for the companies to expand the business outside of China. “Given the difficulties in expanding business in the western countries in the recent years, it is natural for the Chinese companies to expand to the Belt and Road countries instead,” she says. “The top 10 Chinese applicants in number of patent applications granted in the Belt and Road countries are all tech giants such as Huawei, Xiaomi, OPPO, Tencent which may have reached top capacity in China domestically, and it is necessary for them to apply for patents in overseas markets so as to protect their IPRs and maintain competitiveness globally.”

Another crucial reason why China’s patent applications still have significant growth during the global pandemic is because China’s response to Covid-19 was quick to stop transmission and successfully controlled the situation in the very early stage, she adds. “Thus, China’s economy returns to pre-pandemic level very quickly and companies could resume businesses and were not greatly affected by the global pandemic.”

According to NIPA, South Korea received the most Chinese patent applications, with 3,395 filings, followed by Singapore, Vietnam and the Philippines.

As both Korea and Singapore have very well established and mature patent protection systems, with applicant friendly procedures which provide stronger protection to patentees, these attract many Chinese applicants to apply for patents and expand their business in these countries, says Zheng.

The Intellectual Property Office of Singapore has in recent years launched several accelerated programmes to speed up the patenting process. It is now possible for Chinese companies to obtain grant of a patent within 12 months from filing. For patent applications related to FinTech and AI, IPOS launched the SG Patent Fast track Program on May 4, 2020, the patenting process can be as fast as six months from the date of filing. This is a two-year program, which began on May 4, 2020, and is expected to end April 29, 2022. It replaces the FinTech Fast Track and Accelerated Initiative for Artificial Intelligence programs, she adds. “IPOS allowed Alibaba to be granted an artificial intelligence-related patent in just three months, breaking the previous record in a short time. IPOS has been actively building bridges to help accelerate innovation growth with the intellectual property offices of the nine participating ASEAN Member States of Indonesia, Malaysia, the Philippines, Singapore, Thailand, Brunei and Vietnam.”

For other countries like Vietnam and the Philippines, because of the trade war between China and the US, many manufacturing factories have moved from China to Vietnam and the Philippines to avoid US tariffs, she mentions. “As many of the factories are related to technology and innovation including Samsung, Foxconn, LG, Apple, Nintendo, these tech giants require registration of patents so as to protect their IPR and business. Thus, the number of patent registrations surged in these countries.”

China’s improving business environment also gained recognition from countries along the route. According to the NIPA, 13,000 invention patents from 71 Belt and Road countries were granted in China in 2020, while 74 Belt and Road countries submitted 23,000 invention patent applications to China, up 3.9 percent from the previous year and higher than the year-on-year growth rate of total foreign applications.

The NIPA attributed the continued growth to China’s strengthened patent protection efforts and the international cooperation under the initiative.

Innovation and IP protection have been encouraged by the Chinese government. “President Jinping Xi and Premier Keqiang Li have highlighted the importance of IP under many scenarios,” says Shuwei Tang, a patent attorney (PRC) at Deacons. “Over the past few years, China has actively updated IP protection policies so as to attract foreign investments into the China market. These include adopting applicant friendly IP filing and examination system such as waiving official fees like patent registration fee and publication printing fee. These policies lower the cost for patent filing and maintenance in China and thus provide incentive for entities to register patent rights in China.”

Another key effort shown by the Chinese government to strengthen patent protection is the amendment of China’s Patent Law (CPL). On October 17, 2020, the CPL was reviewed after 12 years. The amendments to the law will take effect on June 1, 2021. “Overall, China’s reforms to its patent regime aim to strengthen the protection of intellectual property rights by ensuring law enforcement and increasing the penalties triggered due to IP infringements. The end goal is to strengthen IP protection and thus create a better environment for investors and designers in China. With respect to enforcement of patent infringements, which plays a crucial role in IP protection, the revised CPL introduces punitive damage system. For serious intentional infringements, the court determines the amount based on the actual losses suffered by the right holder because of such infringement and benefits obtained by the infringer. Moreover, the revised CPL also increased the statutory compensation, raising the upper limit of statutory compensation to ¥5 million (US$777,000) and the lower limit to ¥30,000 (US$4,700),” Tang says. “In addition, the amendment to the design regime includes the introduction of partial design protection, extension of the design patent term from 10 to 15 years and acceptance of domestic Chinese design patent filings as a basis for priority. All these measures have shown China has been actively taking further steps to protect patentees’ interests and rights.”