Apple Loses its legal battle with Huawei over the 'MatePod' trademark 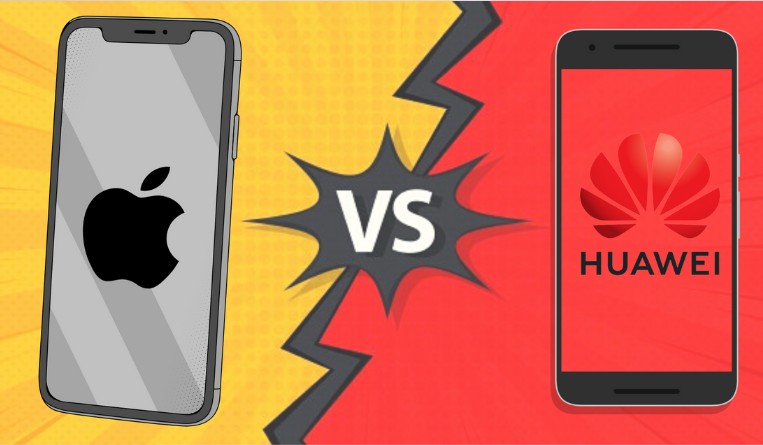 Apple has lost a legal battle to prevent Chinese firm Huawei from using the term "MatePod" for its earphones product.

According to the South China Morning Post, Apple rejected Huawei's use of the "MatePod" earphone name "on the grounds that it was identical to Apple's own trademarks for the phrases Pod, iPod, EarPods, and AirPods."

Apple claimed that Huawei "maliciously duplicated" its trademarks, "which might have a harmful impact on society,"

according to the China National Intellectual Property Administration's trademark office. Apple's argument, on the other hand, did not convince the Chinese authorities.

(CNIPA) made the decisions on the opposition in March and April 2021, which denied Apple’s oppositions and approved the registrations of Huawei’s marks.  According to the decisions published on the CNIPA’s website, Apple claimed in the oppositions that “MatePod” and “HUAWEI Mate Pod” are similar to Apple’s “POD” formative marks, including “POD”, “iPOD”, “AirPods” and “EarPods”. But, the Examiner took the view that Huawei’s marks could be distinguished from Apple’s marks due to the different component characters, sound and appearance, and the co-existence of both parties’ marks would not bring confusion and misidentification to consumers. Apple also claimed Huawei’s bad faith in registering the mark but was not supported by the Examiner. For time being, Apple has not filed invalidation against Huawei’s marks yet."

He adds, "Because of the success of Apple’s iPod, EarPods and AirPods products, “Pod” has become a popular term to name smart device and accessories. A search at the CNIPA’s database could reveal many trademarks incorporating the term “Pod”, in particular in Class 9. It could be seen from the official records that Apple raised many oppositions and successfully opposed the marks such as “Podtime”, “PodsGO”, “xpod”, “KPOD”, “EchoPods”, “geekpods”, “Powerpods”, “TransPods”, “bluepods”, “BlackPods”, etc.  But meanwhile, just like Huawei, some other market players defended Apple’s oppositions, like “vivo Pods”, “vivo Freepods”, “KOOLPOD”, “PoPods Pro”, etc., which were found dissimilar to Apple’s marks."

He says that the argumentation and evidence submitted by the concerned parties would not be published, and from his view, there could be some factors that may lead to the different decisions.

"First, the CNIPA now put more weight on the applicant’s subject intention to register the mark, and the Examiner may be inclined to back the opposition if the opposed mark is suspected to be filed out of bad faith," he says. "Second, in China, the absence of a response does not mean if the opposition would be automatically sustained, but proactively responding to the opposition does help to improve the chance. Third, the outcome of the case would inevitably be impacted by the Examiner’s discretion, and the Examiners, who are users of Apple’s products, may have a different view from those using competitors’

products. Last, the fame of the defendant’s mark may also make a difference, e.g., Huawei’s mark “MATE” and Vivo’s mark “Vivo” both are widely known in China, which may be taken into account by the Examiner."