Damages awarded in IP cases continues to rise in China 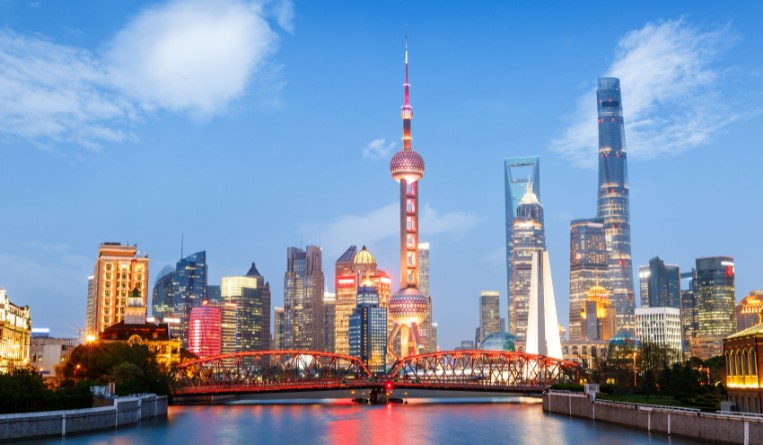 Damage awards have skyrocketed in China in recent years, thanks to new legislation and changing court practices. Johnny Chan delves into the methods applied in damage calculation, advice on court selection and the evidence collection tips.

Have you wondered why damage awards by Chinese courts have been increasing massively in recent years, especially for foreign brands such as Lego and Nike? A local IP expert tells Asia IP that the increased damages are mainly due to three aspects:

“In respect of policy, since the issuance of China’s Outline of the National Intellectual Property Strategy in 2008, our country has been emphasizing the need to increase the severity of punishment for infringement and counterfeiting from the top-level design of policy making,” says Xia Zheng, president of AFD China Intellectual Property Law Office in Beijing.

“In respect of awareness, the value of IP has been recognized by the market. Universities and research institutes have put more effort into technology transfer, and the quantity and quality of IP transfer and licensing have been improved. According to the Annual Report on The Commercialization of Scientific and Technological Achievements in 2020 from Institutions of Higher Learning and Research, universities and academic institutes across the country signed 15,035 contracts in 2019 to commercialize their research findings, with a total trading volume of Rmb15.24 billion (US$2.4 billion); 24 contracts were worth more than Rmb100 million (US$15.4 million).”

A similar situation also exists in the field of copyright. “Bulk purchasing of music and video resources by mainstream music and video websites through legitimate channels promotes a continuous increase in the licensing fees of high-quality resources,” Zheng says. “As a reference index for the calculation of infringement damages, the increase of licensing fees will obviously lead to an increase in the amount of compensation for infringement.”

In respect of operation, IP holders have increased their awareness of protection and their abilities to adduce evidence. “Meanwhile, the infringement litigation system has been continuously improved, and the courts have increased the intensity of access to evidence upon request, and improved the convenience of judicial remedies for infringement. In the course of litigation, technical investigation, evaluation and appraisal are introduced, so that the amount of compensation can be guided by market value and be in line with the type of the IP, the degree of innovation and its market value, thereby ensuring that the right holder can get adequate compensation,” she says. “Under the joint effect of the above factors, the number of infringement lawsuits, the amount of claimed damages and the average amount of awarded compensations have all increased significantly.”

There are typical methods used to calculate damages, but what are the pros and cons of each? And should be additional ways to assess?

In case the right holder has licensed someone else to apply for his IP, related royalty fees can be a basis for calculating the damages, which is a convenient and practical method but is not applicable to those disputes in which no license has been granted, Mu says. “The last method is widely applied in China; that is, the damages are decided by the judge at his discretion with the consideration of the term of infringement, the sales scale and sales channel, and the estimated contribution rate of the IP, etc.”

In addition, if a former dispute has been settled with an agreement which clearly prescribes the damages if the infringer is found of infringing the same IP again, such kind of method calculating the damages can be supported by Chinese courts, he says.

Besides strengthening local IP protection, is China trying to attract more foreign direct investment through the recent cases with high damage awards? If so, have more multinational corporations been doing business in the country lately?

“In the past two years, China has revised its IP laws and introduced a punitive compensation mechanism. For those who intentionally infringe patents, trademarks and copyright, if the circumstances are serious, the amount of compensation can be more than one and less than five times of the amount of loss. If it is difficult to determine the loss of the right owner, the benefit obtained by the infringer and the license fee, the court may, according to the circumstances of the infringement, judge to pay compensation of less than Rmb5 million, which greatly increases the statutory compensation. It is one of the measures taken by the government to strengthen IP protection, which will be conducive to attracting more high-tech investment. However, while the law has provided a basis for high compensation, time is still needed for the courts to implement the law, so its influence on FDI attraction is indirect.”

Guo says she believes a combination of factors are at play in China’s apparent increase in FDI desirability, not simply the increased damages, including a positive trend in economic development trend. “In spite of Covid-19, China was able to quickly achieve economic recovery, maintain social stability and create a good investment environment for foreign investment,” she says.

At the same time, China’s domestic demand market is expanding, and the country is becoming the largest consumer market in the world. China has also worked for many years to improve the legal system for FDI and to strengthen its FDI policies. “For example, in 2021, the Ministry of Commerce said that it will further reduce the negative list of foreign investment access so that foreign investors will have more confidence in China’s business environment and are willing to invest in China,” Guo says. “Under the influence of these factors, foreign businesses have indeed increased their investment in China. Among my clients, there is the first wholly-owned company established by a foreign investor in China in 2019; others have expanded their investment in China from a single company to opening new companies in other cities; and others have expanded by increasing the number of employees and added legal departments instead of taking care of mainland legal affairs through the Hong Kong office. This year, I have also serviced some overseas clients in seeking legal advice for investing in new businesses in China.”

Tim Meng, managing partner at GoldenGate Lawyers in Beijing, says that Chinese courts’ jurisdictions are based on the nature of the disputes and the locations of the courts, oftening leaving few opportunities for forum shopping. “Parties’ choice of court is very limited. Typically, a lawsuit arising from a contractual dispute shall be under the jurisdiction of the court of the place where the defendant has his domicile or where the contract is performed. On the other hand, the parties may by agreement choose the court of the place where the contract is signed or where the plaintiff has his domicile or where the subject matter is located.”

In addition, Meng notes, China has established internet courts in Beijing, Hangzhou and Guangzhou, which are dedicated to handling internet-related cases. They handle first-instance cases within the jurisdiction of their own cities, including disputes arising from ownership and infringement of online copyright and domain names. “Most appeals will be heard by the intermediate courts in their respective jurisdictions. It shall be pointed out that online copyright ownership and infringement disputes heard by the Beijing and Guangzhou internet court shall be appealed to the IP courts in Beijing and Guangzhou, respectively,” he says.

“The above tips can be flexibly selected and used according to specific situations,” says Li. – JOHNNY CHAN