China’s pharma industry prepares for its own patent linkage system 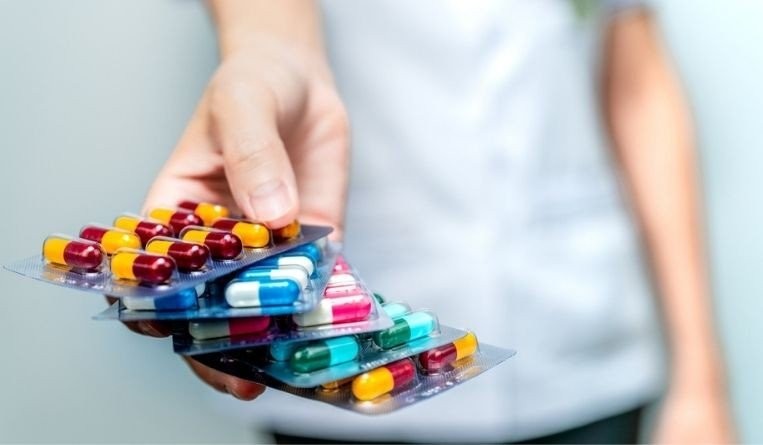 China is about to witness the birth of its own patent linkage system. Jonathan Miao describes the system of “Chinese character,” and the significant impacts it will have on China’s pharmaceutical industry, particularly branded companies and drug innovators.

Most notably, in Article 75 of the current draft amendments, following the Bolar Exception clauses, several new paragraphs were added, which are believed to form the framework for the upcoming drug-related artificial patent infringement in China.

This provision provides a basis for early resolution of potential patent disputes due to the filing of a market approval application with NMPA. Item (5) of Paragraph 1 of Article 69 of the current Chinese Patent Law prescribes the Chinese Bolar exception, which is similar to the US Bolar exemption, and was used as a basis for market approval of infringing products in China. Due to the lack of an artificial patent infringement regime, this Bolar exception has long been criticized as the “Naked Bolar exception,” which makes it difficult for drug innovators to safeguard their rights. Take the year 2019 for example: more than 10 generic drugs obtained drug approvals (nearly one approval per month), while the related patents of brand name drugs were still valid.

The second significant difference is the option for the applicant for market approval to seek a declaratory judgment, in case that the patentee or interested party does not want to initiate the artificial patent infringement action and have an early resolution to the potential patent disputes. There might be cases where the patentee or interested party wants to obtain monetary compensation from patent infringement and therefore intentionally chooses to keep silent before the regulatory approval of generic drugs and wait for a later “harvest” after launch of the generic drugs. This is apparently against the original purpose of the patent linkage system and may severely influence the drug accessibility for which NMPA and the China central government care most.

According to the procedural laws, nine months is exactly the time limit for concluding a lawsuit through the Chinese two-tier trial system. That is, six months for the first instance (trial stage), and an additional three months for the second instance (appellate stage). But due to the heavy workload in front of the IP courts and IP tribunals around the country, only a few cases can actually be concluded within nine months. The first instance per se may take more than one year. As to administrative rulings, although it is possible for CNIPA to work out a ruling within four months or even less time, if one party is unsatisfied with the ruling and appeals the ruling to the court, it would be very difficult to conclude all three procedures (CNIPA procedure, trial stage and appellate stage) within nine months. Therefore, this nine-month limit is very ambitious, it shows the determination of decision makers and requires priority processing of drug approval related cases in the judicial system.

Reassuringly, the second sentence in this paragraph indicates that it is not necessary for NMPA to wait for an effective decision of the court, which is generally an outcome of the second instance. Considering the not-so-complex nature of drug-related patent infringement assessment and the lengthy time needed for concluding a lawsuit through judicial system, it makes sense to allow NMPA to give green light based on a first instance decision or an administrative ruling, because the original purpose of artificial patent infringement regime is early resolution of disputes.

That is to say, the nine-month limit here is not a time period for NMPA to suspend the market approval application and therefore does not equal to the 30-month stay period in the US patent linkage system. Also, in the proposed provisions, there is no mention about issuance of a provisional approval by NMPA if an effective infringement decision is not obtained within nine months. And a reasonable estimate is there won’t be such a provisional approval. NMPA may grant market approval for generic drugs before receiving a final (effective) decision from the court, so long as there is a court decision or an administrative ruling. In this way, we can expect a more efficient and faster dispute resolution under the proposed China patent linkage system.

Considering the time efficiency offered by this artificial patent infringement regime, we cannot expect 100 percent certainty of its outcome at the same time. For those generic manufacturers who are eager to launch their drugs before seeing a final decision, it is fair for them to also take the risk of a later infringement judgement.

Proposed Paragraph 4 of Article 75 mentions that NMPA shall work with CNIPA jointly to formulate specific linkage measures for drug market approval and resolution of patent disputes at the stage of market approval applications, and shall implement such measures after being approved by the State Council.

The above newly-added provisions merely set forth the framework of China’s artificial patent infringement regime, and more details remain to be addressed in implementing regulations of the Patent Law, judicial interpretations and administrative measures. Among other details, the establishment of the “China Patent Information Registration Platform for Listed Drugs” and clarification on the declaration obligation of market approval applicants are the ground works and most urgent tasks in front of NMPA and CNIPA.

According to the latest estimation, NMPA and CNIPA may be able to work out these implementing regulations and administrative measures in October 2020. In the meanwhile, the Supreme Court is now busy working on the relevant judicial interpretation, i.e., Provisions on Issues Concerning the Application of Law in the Trial of Cases of Drug Patent Link Disputes, which is to be completed by the end of 2020 according to the legislative plan of the Supreme Court.

With the finalization of the draft amendments to the Patent Law after a third review by the Standing Committee of the National People’s Congress and the establishment of detailed implementing regulations, judicial interpretations and administrative measures, we are going to witness the birth of a patent linkage system of Chinese character and its significant impacts on pharmaceutical industry in China.

In view of the emerging patent linkage system and rapid legislative progress in China, we suggest branded companies and drug innovators to closely monitor the development of legislative process, and get the necessary preparation work done in advance.

Branded companies and drug innovators should carefully review their own patent portfolio and elect the suitable patents for the coming patent registry with NMPA.

Closely monitor the R&D activities and market approval applications of generic companies and prepare necessary documents in advance. According to the current draft, the patentee or interested party only has a 30-day response period from the date NMPA announces the application for market approval, which is very short for sufficient preparation.

Branded companies and drug innovators should select qualified lawyers in advance and get necessary empowering documents executed before they are actually needed. For foreign right holders, these documents may need to be notarized and legalized, which may take more than 30 days.

Statistics also indicate that Hengrui Pharmaceutical, Chia Tai Tianqing and Hausen Pharmaceutical are the most active patent challengers in China, and patents of Novartis, Eli Lilly and Belinger-Ingham suffered more attacks than others.

For the moment, we have not seen the role of patent invalidation in the proposed patent linkage system. It is possible that the Chinese patent linkage system will be merely based on patent infringement assessment. Nevertheless, with implementation of the above described artificial patent infringement regime, the unbalanced situation due to the Naked Bolar Exception will be changed. Generic companies will be further motivated to challenge the validity of important drug patents. Branded companies and drug innovators should be aware of this imminent challenge and mobilize all internal and external resources in advance.