What constitutes anticipation by previous communication to the government? 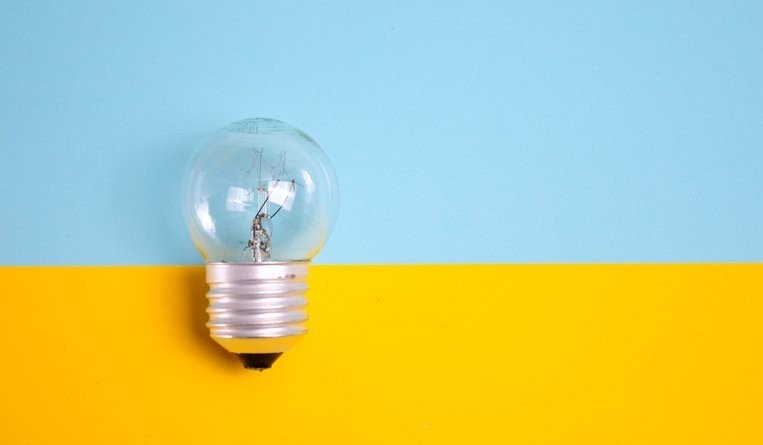 An invention starts from conception of an idea and then providing proof of concept or reducing the invention to practice. While seeking patent protection of an invention, the primary requirement is that the invention should be novel. This is well-known now, and hence, the trend has been to first file a patent application, and then disclose the invention to any third party. But for practicing an invention, many times the invention is required to be worked in public, or sometimes is required to be disclosed to the government, for proving the concept or for seeking necessary approval, respectively. Since such necessary disclosures may jeopardize the novelty of the invention when a patent application is filed for the same, the patent laws provide certain exceptions while assessment of novelty.

Indian patent laws also provide various exceptions to novelty assessment where there has been prior disclosure of invention. One such exception is prior disclosure to the government. Section 30 of the Patents Act, 1970 states that:

Information about the invention might be required to be communicated to the government under certain circumstances, for example, to obtain necessary approval, or to obtain product certification by the Bureau of Indian Standards. There have been instances where the information disclosed to the government has been cited for anticipation of inventions. Shogun Organics Ltd. v. Gaur Hari Guchhait & Ors. is one of the cases in which disclosure to government under the Insecticides Act, 1968 by the plaintiff (Shogun Organics Limited) was taken as ground for anticipation by the defendant.

The plaintiff had filed a suit seeking a permanent injunction restraining infringement of its Patent No. IN-236630 (IN’630). The patent relates to a “Process for manufacturing d-trans Allethrin,” which is used as an active ingredient in mosquito repellents. The plaintiff had filed patent application No. 897/MUM/2007 on May 10, 2007, for said invention. A pre-grant opposition was filed against the grant of said patent application by one of the defendants and various documents were cited for anticipation. Also, in the first examination report (FER), various documents were cited against novelty and inventive step of the claimed invention.

In the court, the defendant had challenged the novelty of the patent on the ground that the invention was prior published, prior used and hence lacked novelty. The defendant argued/alleged that the process for manufacture of d-trans Allethrin was disclosed in the application filed by the defendants with the Central Insecticides Board and Registration Committee (CIBRC) on February 20, 2006. The registration was granted to the defendant on November 13, 2009, and the plaintiff’s patent is dated May 10, 2007.

Based on the pleadings of parties, the court framed out Issue No. 1: Whether the plaintiff’s patent IN’630 is pre-published and lacks novelty in view of the CIB Registration No. CIR-25,228/97/D-trans Allethrin (TECH) granted to the plaintiff?

In this regard, the court reasoned that unless and until there is a clear disclosure of the process itself in the prior art, it cannot be held that the patent is prior published. There is no evidence by the defendant to rebut the plaintiff’s case of infringement. The defendants have thus failed to discharge their onus. The court further stated that “even if the process was disclosed to the authority under the Insecticides Act, the same would not constitute prior disclosure or public disclosure. Section 26 of the Indian Patents and Designs Act, 1911, by analogy, is relied upon by the plaintiff as to what is required is public manufacture, use or sale. The said Section reads as under:

―26.(iii) that he, or any person under or through whom he claims an interest in any trade, business or manufacture, had publicly manufactured, used or sold, within British India, before the date of patent anything claimed by the patentee as his invention.

Thus, in order to constitute disclosure, there has to be public manufacture, use or sale.”

The court further stated that even in Section 64 of the Patents Act, 1970, which deals with revocation of patents, in order for a patent to be hit by prior art, there has to be public knowledge or public use. If there is secret use under Section 64(2), the same would not constitute prior publication.

Further, the court relied on the case J. Mitra and Co. Pvt. Ltd. v. Kesar Medicaments and Ors. 2008 (36) PTC 568 (Del.), in which a Single Judge of this Court has clearly held that Section 30 of the Patents Act exempts communication to the government. In this case, the court held that Section 30 of the act specifically exempts manufacturing and submission to government authorities from testing and evaluation from anticipation. Section 30 exempts the communication of the invention either to the government or a person authorized by the government for the investigation of the invention or its merits from challenge on the ground of anticipation.

Finally, the court concluded in the Shogun Organics Ltd. v. Gaur Hari Guchhait & Ors. that the language of Section 30 makes it clear that the disclosure to a government department or to any other authority, not just of the patentee, but by any other person, would not constitute prior publication. The language is person-neutral. It cannot be said from a reading of the provision that only disclosure by the patentee/applicant is covered under Section 30. It is also well settled that preparatory steps taken for launching a product, either by the plaintiff or by the defendants cannot be held to constitute disclosure unless and until there was public disclosure of the same.

In view of above, it can be concluded that the language of Section 30 of the Indian Patents Act is person neutral, so it cannot be said from a reading of the provision that only disclosure by the patentee/applicant is covered under Section 30. Further, there is no fixed timeline by which inventor/applicant must file a patent application after communicating the invention with the government. So wherever applicable, if it is necessary to communicate the invention to the government for any investigation, an applicant can avail the benefit under Section 30 of the Patents Act.

Rajeev Kumar is a partner at LexOrbis in New Delhi, where he is a registered Indian patent attorney. He holds a Master’s degree in pharmaceutical sciences from the Delhi Institute of Pharmaceutical Sciences and Research. Kumar leads the firm’s patent filing and prosecution group and has more than 15 years of experience. He assists clients in mining and securing patent protection in India, Europe, the United States and other countries in drafting and prosecuting patents in relation to pharmaceuticals, neutraceuticals, chemicals, biochemicals, organic chemistry, peptide chemistry, medicinal products, medical devices, oil and gas and nanotechnology.

Neetu Kumari is a managing associate at LexOrbis in New Delhi, where she is a Registered Indian Patent Agent, holds a Ph.D. in. Kumari has more than 10 years of experience in patents-related work relating to pharmaceuticals, organic and inorganic chemistry, biochemicals, peptide chemistry, medicinal chemistry, organometallics, and oil and gas chemistry. She is involved in drafting of patent applications filed at both Indian Patent Office and foreign patent offices, and regularly interacts with inventors during the drafting of patent applications to understand the details of inventions and to envisage additional embodiments of the inventions from the patent perspective.