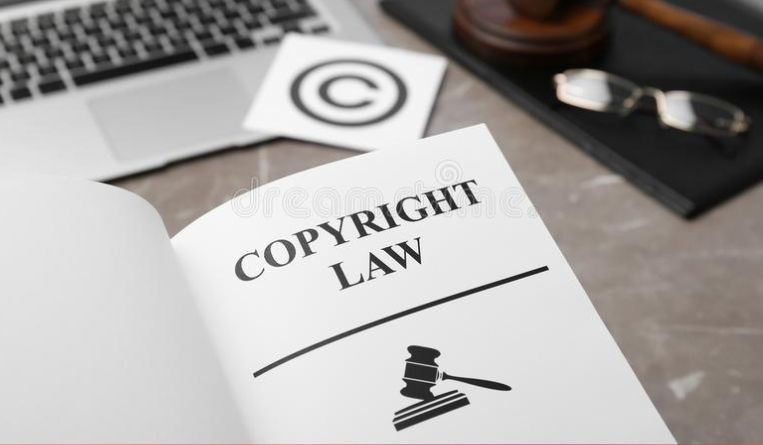 The entertainment industry depends upon original ideas. Successful movies, enjoyable advertisements, fascinating paintings, imposing buildings as well as beautiful plays or novels never come from scratch. These fully developed works must be created from lesser-developed manuscripts, synopses or treatments. Such initial ideas or concepts, as creative as they are, might not qualify for copyright protection. “Idea men” – those who make a living off their original ideas – are craving guidance as to how to best protect their intellectual endeavours.

This article aims to examine idea protection, i.e. whether one simple idea or a concept, which is somewhat tangible, yet not fully developed, is copyrightable or not, as well as the applicable tests for this issue.

Among those traditional areas of intellectual property law, this article focuses on the idea protection under copyright law and, inter alia, on ideas or initial concepts aiming for literature or visual arts as listed above, including but not limited to films, paintings, novels, etc. In addition, though the copyright protection over initial business models (such as for TV shows) or rules/settings in video games has been attracting extensive discussion recently, this article will not cover these areas for the avoidance of confusion.

The idea/expression dichotomy has been recognized as a pillar of copyright law, where intangible ideas are not copyrightable and only fixed expressions are able to receive copyright protection. Article 2 of the Regulation on the Implementation of the Copyright Law of the People’s Republic of China (中华人民共和国著作权法实施条例) stipulates that “The term ‘works’ used in the Copyright Law refers to novel intellectual creations in the literary, artistic and scientific domain, in so far as they are capable of being reproduced in a certain tangible form.”

This provision, placing emphasis on both novelty and concreteness as a two-pronged test for a copyrightable work, has been recognized as the main facility under PRC Copyright law endorsing the idea/expression dichotomy.

However, the concept of pure ideas, as much as it helps us understand how copyright law works, only exits hypothetically in one’s mind. Human beings communicate with each other only through certain tangible forms in the sense that there actually exits “no terms without content”. As is put by Stanford University professor Paul Goldstein, “‘Idea’ and ‘expression’ shall not be taken literally, but rather as metaphors for a work’s unprotected and protected elements.” In this regard, any efforts that trying to take ideas apart from expressions should turn out to be futile.

In this connection, with the implications underlying the term “idea” remain unclear,

the idea/expression dichotomy, though being an axiom of copyright law, is not always functioning efficiently. Copyright laws in some countries made certain attempts to fill the gap. For instance, Article 102(b) of the U.S. Copyright Act of 1976 offers some examples of unprotected ideas: procedure, process, system, method of operation, concept, principle, and discovery.

Yet “ideas” in the real world come in all kinds of forms, and the categories as set forth under the law are not functioning well either. This is especially the case here, when the ideas we are discussing frequently go beyond the categories and are more often than not between the two extremes, i.e. non-copyrightable pure ideas and copyrightable fully developed works. There are no simple “yes” or “no” answers as to whether certain elements are eligible for copyright protection, and when needed, it should always come down to a case-by-case analysis.

Nevertheless, it has been encouraging to see that, in the past few years, some PRC Courts, in line with international practice in this area, have developed some more detailed or viable tests applicable to this issue.

As we have noted previously, for an intellectual endeavour to qualify for copyright protection under PRC Copyright Law, a two-pronged test is applicable and requires both concreteness and novelty, as set out under Article 2 of the Regulation on the Implementation of the Copyright Law of the People’s Republic of China. The same should go with ideas. What’s more, for ideas, they (i) should be sufficiently concrete and (ii) could be subject to a higher level of novelty.

For the first prong, i.e. concreteness, in Xu Haojie (Mr. Xu) v. Sichuan Monarch Sanitary Ware Co., Ltd. (Monarch) ((2014) Cheng Zhi Minchu Zi. No. 369 (2014)成知民初字第369号), Monarch launched a pitch meeting for its product advertisement. Mr. Xu pitched with a film clip of 8 minutes 24 seconds and presented his ideas in the meeting. Monarch didn’t get back to Mr. Xu, instead it subsequently released an advertisement that is very similar to Mr. Xu’s idea. Mr. Xu alleged copyright infringement, whist Monarch argued that Mr. Xu’s film clip only qualified as an initial idea and was not sufficient to receive copyright protection. As found by the Chengdu Intermediate People’s Court, in Mr. Xu’s film clip, the audience is presented with a romantic story where a sanitary ware designer, who met with someone and fell in love with her, started a family with the love of his life and had a cute baby. With sufficiently developed details, plot, interaction of characters as well as sequence of events, this film clip had become a themed work to qualify for protection. Importantly, the Chengdu Intermediate People’s Court held that “an idea rises to the level of expression when such expression of an idea is sufficiently concrete to the point that an ordinary author, without any further work requiring novelty, is able to achieve the same by following what is available at hand.”

Following the above findings of the court, for those initial ideas that are not sufficiently concrete thus fail to reach the point of being ready for almost immediate use, should not be eligible for copyright protection. This ruling is in line with some U.S. courts in similar instances. Interestingly, for such initial ideas that are novel albeit not sufficiently concrete to receive copyright protection, the court might in turn grant the idea man contractual compensation in equity (see Art Buchwald, et al. v.

A recently determined case ((2021) Jing 0105 Minchu No. 32387 (2021)京0105民初32387号) has shed some light on the second prong, i.e. novelty. In this case, Shanghai Ogilvy & Mather Advertising Ltd. Beijing Office (Ogilvy) is engaged with one of its clients for a series of video ads for the client’s new product. Ogilvy intended to subcontract with OkayOne Culture and Media Co. Ltd. (OkayOne) for its facility with making the videos. Ogilvy, OkayOne and a third-party director worked together during the concept initiative stage. The director finalized a preliminary storyboard with sketches of pictures and simple descriptions and submitted it to OkayOne. However, due to payment conditions and schedule problems, OkayOne decided to quit the project. As such, Ogilvy subcontracted with another company set up by the director and completed the ads. Subsequently, OkayOne alleged itself as the copyright owner of the storyboard and sued Ogilvy’s client for copyright infringement.

The Primary Court of Beijing Chaoyang District found all parties involved (including Ogilvy) had contributed to the storyboard, yet it held that Ogilvy, with the permission of the director, is entitled to use the subject storyboard, therefore there was no infringement. It is quite obvious that the court’s reasoning is self-contradictory. What the court unfortunately failed to find was that the storyboard in this case was merely a couple of preliminary sketches made solely for the purpose for the director to facilitate his filming in a later stage, and more importantly, this storyboard lacks a minimum level of aesthetic value, and is nothing comparable to the copyrightable sketches such as by Leonardo da Vinci or Miyazaki Hayao, and therefore should be intrinsically non-copyrightable. Even if this storyboard is somewhat copyrightable, Ogilvy, leading the project and enjoying sole decision-making authority, is undoubtedly the copyright owner. In this sense, we propose that, to receive copyright protection, an idea needs to be sufficiently novel to the extent that it enjoys a minimum level of aesthetic value.

Now might be a good point to make a brief summary. An “idea” can be eligible for copyright protection, with the premise that it includes some copyrightable elements. The two-pronged test for a proposed copyrightable work under PRC Copyright Law applies with a proposed copyrightable “idea” as well. In this regard, a copyrightable “idea” should be a “novel” intellectual production in a certain “tangible” form. As reflected by recent PRC court rulings as well as practice in the legal community, on the one hand, a copyrightable “idea”, as simple as it can be, should be sufficiently concrete and at least involve a minimum level of details to the extent that it is almost ready for immediate use; on the other hand, given that an idea is intrinsically underdeveloped, it requires a higher level of novelty (as opposed to a fixed copyrightable work/expression) with a minimum level of aesthetic value to receive copyright protection. Eventually, it always requires a case-by-case analysis when deciding if an initial idea of literature or visual arts is copyrightable or not.

Shi Dong is an associate at GoldenGate in Beijing. She holds a bachelor’s degree in sociology and a master’s degree in law from Peking University. She works closely on