Calm Amid the Storm

Although Thailand has been wracked by political confrontation, the intellectual property environment has generally improved. The embattled government of Abhisit Vejjajiva, who became prime minister at the end of 2008 after a parliamentary vote, has m...

IP Rights Enforcement in Thailand: Does it Really Work?

Despite a solid legal and administrative infrastructure and a good working relationship between IP rights holders and local enforcement authorities, enforcing intellectual property rights remains a challenge in Thailand.

Announcing the first annual IP Counsel of the Year Awards, Gregory Glass speaks to the winners, and finds out what makes a leading light in Asia’s in-house counsel landscape.

Do OEM Products Made for Export Infringe Trademarks in China?

In a surprising and much debated decision, the Shanghai Higher People’s Court has recently upheld the Shanghai Intermediate Court’s decision that OEM products do not infringe a registered trademark in China if they are merely manufactured...

In times of financial difficulty, more and more IP owners are turning to securitizing their IP rights in order to benefit from the cheap financing available in today’s marketplace. But, as Talal Bijjani warns, securitizing IP rights is highly c...

With the 2011 Rugby World Cup looming, New Zealand’s Major Events Management Act is being put to the test, protecting words and emblems related to the event. Ian Finch and Ben Cain explore what companies can, and cannot, do when it comes to the...

From keener policing in Singapore and Korea, to tougher and more efficient courts in Japan and Malaysia and greater understanding of bad-faith applications in China and India, the trademark enforcement environment is improving across Asia and the Pac...

With the recent economic downturn, companies have had to make the best use of their limited enforcement resources and much-reduced enforcement budgets. While their enforcement wish lists and performance measurements may remain the same, they expect t... 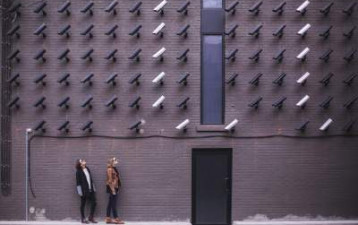 Protection of Well-known Trademarks in China

The well-known trademark has the broadest trademark protection in China. Hongxia Wu describes that protection, and provides strategies on how to best protect your well-known marks.