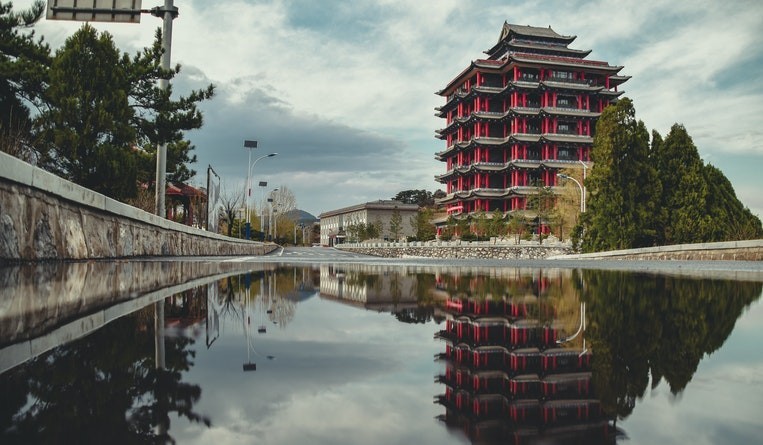 On June 17, 2020, the Supreme People’s Court and the Supreme People’s Procuratorate in China issued the Interpretation on Several Issues Concerning the Specific Application of Law in Handling Criminal Cases of Intellectual Property Infringement (3) (Draft for Comment). "The proposed changes delivered good news for IP holders since it would strengthen the criminal judicial protection of IP. Changes mainly included that a) defining the criminal judicial protection of 3D trademarks for the first time; b) positively refining the regulations on the 'identical trademark;' c) simplifying the criteria of identifying 'copyright holder' and defining the circumstance of 'without the permission of the copyright owner;' d) adding forward-looking provisions on ruling trade secret related criminal cases; and e) adding new circumstances of restrictions on grant of suspended sentence," says Donnie Wang, principal at Lusheng Law Firm, member of the Rouse Network. "IP owners were given more opportunities to participate in the litigation proceedings and to achieve favourable outcomes."

1. Defining the criminal judicial protection of 3D trademarks for the first time

Judicial organs often differ in handling 3D trademark criminal cases due to the very nature of such marks. "Particularly, the lack of clear guidelines on determining 'an identical trademark with the registered 3D trademark' has led to a conservative attitude being held by the case-handling authorities towards the conviction and sentencing. We have once represented a 3D trademark right holder in a criminal case, finding that a lot of time and effort was spent in lobbying into the case-handling departments on the necessity and feasibility of 3D trademarks protection in criminal cases. Though positive outcome was eventually achieved and the infringer was convicted and sentenced, it costed a lot," Wang says. "As provided in the Item 4 of the Draft Article 1, the criteria for determining 'an identical mark with 3D registered trademark' in criminal proceedings was clarified for the first time. It clarified that the circumstance 'No visual difference from the 3D registered trademark in terms of the 3D symbol and plane elements' shall be deemed as 'an identical trademark with the registered trademark' in Article 213 of the Criminal Law. This provision will undoubtedly greatly strengthen the criminal protection of 3D trademarks."

2. Refining the regulations on the “same trademark”

In judicial practice, infringers often argue that such acts have substantially changed the trademark, thus it failed to constitute the circumstance of “an identical trademark with the registered trademark,” he says. "Such defense sometimes led to uncertainty of the case. Fortunately, the relevant provisions of the Draft will indisputably remove obstacles for convictions."

3. Simplifying the criteria of identifying“copyright holder” and defining the circumstance of “unauthorized”

In criminal cases related to copyright infringement, it is often difficult to provide the authentication documents, verifying the subject qualification of the copyright owner and the “unauthorized by the copyright owner” as prescribed in the first paragraph of Article 217 of the Criminal Law, due to the complexity and particularity of the copyright authorization of the relevant publications, he says. "The lack of authentication statement of the right holders could even stop the proceedings in some cases. In a few cases handled by myself on behalf of the right holders, trademark infringement was chosen as the main cause (namely, the registered trademark of the publisher is infringed) in order to circumvent this certification requirement for copyright infringement case."

Article 2 of the Draft applies the principle that any person of the signature on the works should be presumed to be the author, which is consistent with Article 11 of the Copyright Law, he adds. "It did not retain the previous provisions on the collection of related ownership certificates. This change reflects a tendency to simplify the identification of 'copyright holder' and 'unauthorized.' The new regulations will help enhance the efficiency of cracking down on copyright related crimes."

4. Breakthrough regulations on the amount of losses of infringement of trade secrets

The Draft used almost half of the provisions to specify the law application in dealing with trade secret infringement and made a series of refinements on the issues of infringement methods and the determination of the amount of losses.

"In judicial practice, it is often difficult for right holders to effectively prove their losses caused by the infringement upon trade secrets, resulting in the inability to proceed with many cases due to the lack of determination of the amount of losses," he says. "Item 1, first paragraph of Article 5 of the Draft provides a breakthrough provision for the determination of the amount of losses: 'if the trade secrets of the right holder were obtained by improper means and haven't been disclosed, used or allowed to be used by others, the amount of losses may be determined based on the reasonable license fee for a trade secret.'”

According to the provisions of the currently effective 2004 Higher Interpretation on Several Issues Concerning the Specific Application of Laws in Handling Criminal Cases of Infringement of Intellectual Property Rights and the 2010 Provisions on the Standards for Prosecution of Criminal Cases under the jurisdiction of Public Security Organs (2), if the trade secret concerned has not been disclosed, used, or allowed to be used by others and it has not caused the right holder to go bankrupt, it is often difficult to pursue the criminal liability of the infringer for infringing business secrets in practice because there is no specific loss amount and illegal income, he adds. "The Draft adopted this breakthrough regulation, adjusting the nature of the crime from a 'consequential offense' to a 'behavioural offense,' that is, as long as the relevant infringement of trade secrets occurred, even if no specific losses have been caused, or related illegal gains haven't been obtained, the amount of losses can still be determined based on the reasonable license fee for the trade secret, and then the criminal threshold was satisfied. If such provision is approved, it will undoubtedly greatly lower the threshold for the right holder of trade secrets to protect their rights."

In addition, Article 8 of the Draft stipulates that the owner of trade secrets shall add the necessary remedy costs incurred to reduce the commercial losses directly caused by the infringement upon the trade secrets or restore the confidentiality measures, such as the security of the computer information system, to the amount of losses. This provision further expands the sources of losses that right holders can claim, which will greatly help right holders to pursue the criminal liabilities of the infringers.

Investigations and accusations of trade secret violations will often incur certain rights’ protection fees, which is undoubtedly a loss caused by the infringement, he adds. "Hence, including rights protection cost in the loss amount of right holders is justifiable both theoretically and practically."

5. Adding restrictions on the application of suspended sentence, clarifying circumstance that mainly engaged in infringement is generally inapplicable

On the basis of Article 3 of the 2007 Interpretation of Several Issues Concerning the Specific Application of Laws in Handling Criminal Cases of Intellectual Property Infringement (2), Article 11 of the Draft adds three types of circumstances where suspended sentence is generally inapplicable, he says. "It is worth noting that it clearly stipulates that the suspended sentence is generally inapplicable to the circumstance of being 'primarily engaged in infringement of intellectual property rights.' This provision will effectively increase the intensity of attacks against large scale, industrialized infringers who have been engaged in the crime of infringing IP rights for a long time."

6. “Obtaining the forgiveness of the right holder” can be punished lightly

In judicial practice, there are many cases where the infringers compensate the right holders in exchange for the forgiveness of and lenient punishment.

"The second paragraph of Article 12 of the Draft makes it clear for the first time in the criminal justice interpretation that 'who actively compensates the right holder for the economic loss caused by the infringement of intellectual property rights and obtains the forgiveness of the right holder' should generally be given a lenient punishment," he says. "In addition to providing more ways of resolving conflicts and disputes, this provision in fact gives right holders more opportunities to participate in criminal proceedings and more leverage to affect the outcome of the case."

7. Once the “later license” is obtained from the right holder, the infringer may be exempted from punishment

Article 13 of the Draft stipulates that if the right holder later license to the criminal suspect or defendant, s/he may be exempted from prosecution.

"This provision also gives the right holder the right to substantively influence the outcome of the case," he says. "Right holders can weigh the advantages and disadvantages and choose the solution that is most conducive to protecting and realizing their IP."

8. Reaffirming the application of the ”prohibition order”

Specifically, infringers can be banned from engaging in specific business activities once the penalty has been executed or within the period of suspended sentence, considering the specific situation of the crime and the need to prevent further crimes.

There have been many explorations of the application of “prohibition orders” to infringers in various jurisdictions. "For example, both the 2019 Guidelines on Sentencing of Common Intellectual Property Crimes by the Intellectual Property Court of the Shanghai Higher People’s Court’ and the Guidelines on Sentencing of Intellectual Property Crimes (Trial) by the Jiangsu High Court in 2019, set relevant regulations," he says. "I have also seen applications for many times when representing the right holders. The relevant provisions of the Draft will undoubtedly further promote the application of the 'prohibition order' in judicial practice, which will help strengthen the deterrence of punishment."

To sum up, the Draft clarifies many issues that right holders are concerned with in judicial practice, and the tendency shown is positive and encouraging, he adds. "Once the Draft is promulgated and implemented, it will certainly become a great weapon for effectively combating IP crimes - we are looking forward to such an impact."