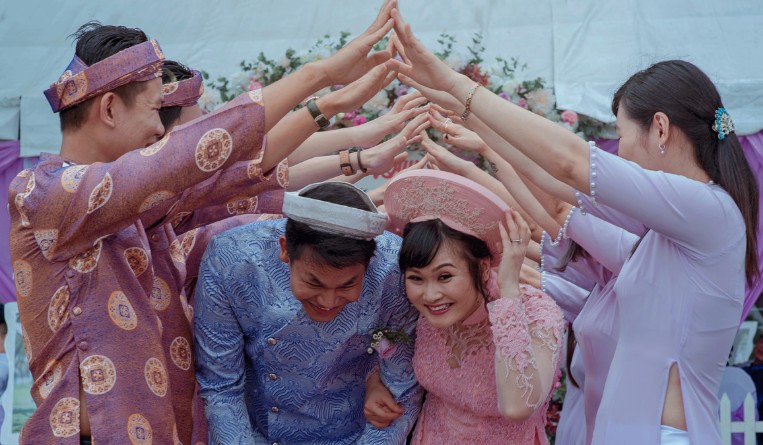 Beginning this November in Singapore, creators of photographs, portraits, engravings, sound recordings and films will become the default first owners of the copyright attached to these artworks.

This applies to creators hired by parties or entities to create these artworks for them. These include photographers and videographers commissioned to record special milestones such as birthdays, anniversaries and weddings.

At present, the contracting party – for example, the couple who hired a photographer or videographer to record their wedding - is the default first owner of the copyright.

This is set to change later this year with Singapore’s Parliament having passed amendments to the Copyright Act on September 13, 2021.

This amendment brings the position in line with that of ownership of other types of commissioned works such as literary and dramatic works, songs and computer graphics.

It is also based on international industry and legislative norms, including those in the US, UK, Japan and Hong Kong.

Additionally, this amendment to Singapore’s Copyright Act was made to address the inequality of bargaining power between large commissioning parties and creators who may be individual freelancers or are from small- and medium-sized enterprises.

“We are now in the era of gig economy. The creative industry is one where many people are not hired on a full-time but on a contractual basis. Their bargaining position is naturally weaker when compared to the corporate entity which hires them. These entities will have their contracts re-drafted to take into account the new law quite easily,” said George Hwang, director at George Hwang in Singapore.

In the case of wedding photography, Yvonne Tang, director of intellectual property at Drew & Napier in Singapore, said it may be viewed as a particularly unique situation, distinguishable from other types of works such as sound recordings or films commissioned by a company for a corporate flyer or event.

“From the bargaining inequality perspective, it may in fact be the subject of wedding photography, namely the couple itself, as individuals, that lack familiarity and experience in the area, as compared to entities experienced in the wedding photography industry. Given that wedding photography may be considered to be highly personal in nature, there may be stronger reasons for ensuring that the couple’s rights are respected and protected,” Tang said.

“For completeness, it should be noted that other laws, such as the Personal Data Protection Act (PDPA), continue to be applicable. The PDPA may restrict the manner and situations where a photographer may use wedding photographs and couples will have recourse to such laws, if needed,” she added.

And what about the waiving of rights by the creator through negotiations and a contract? What are the possibilities that many of these creators may not want to waive this right?

“There is nothing one can do, if the owner does not want to waive his rights,” said Hwang. “Therefore, it is best to negotiate and have the rights of the parties very clearly stated at the time of contracting.”

For Tang, the question is, at what costs would creators be willing to cede their rights to own the commissioned works?

She explained: “It is possible that many creators would be willing to cede their rights to own the commissioned works. It was explained, during the Second Reading of the Copyright Bill in Parliament, that this amendment is envisioned to improve the bargaining power of the creators. It was also acknowledged that there is usually an inequality of bargaining power between commissioning parties, such as big corporations, and the creators, such as individual freelancers. The creators typically have less room to negotiate the terms of an agreement in their favour. In reality, notwithstanding the amendment, the power imbalance may remain, for it is not unimaginable that there will be creators who would readily cede ownership rights, leading to other creators being pressurized to follow suit, to remain competitive.”

Hwang’s firm also believes the amendment will not put creators in a better bargaining position.

“Bargaining positions are dependent on commercial factors, supply and demand,” said Hwang, “not default ownership which can be easily transferred.”

Does the amendment cover foreign parties commissioning a Singapore-based artist to do the job, such as a couple from another country who decide to have their wedding ceremony in Singapore and hire a Singaporean photographer and videographer to take photos and videos of the event?

Yes it does, said Tang.

“As with the current Copyright Act, the amendments will provide causes of action for the enforcement against infringing activities. Owing to the territorial nature of copyright laws, it does not matter whether the infringing activities are undertaken by locals or foreigners, so long as those activities take place in Singapore,” she said.

“If the contract is silent and litigation takes place in Singapore, the court is likely to apply Singapore law. This is because the nexus with Singapore is very high. Not only is the photographer based in Singapore, it is also where the performance of the contract will take place,” Hwang added.

However, when it comes to enforcement against non-Singapore residents, problems may crop up in terms of locating these individuals especially after they leave Singapore, according to Tang. This is especially true in the case of informal engagements involving a wedding photographer where a written agreement may be non-existent.

Other key amendments to Singapore’s Copyright Act include the following: When creative works, including photos of paintings in art galleries and viral dance videos, are used in public and distributed online, the creator or performer should be identified and credited; Selling of set-top boxes providing access to pirated content will be banned.