Bolstering its efforts to fight the proliferation of counterfeiting worldwide, the Board of Directors of the International Trademark Association (INTA) on March 19, 2021, approved two resolutions calling on courts and policymakers to implement new mechanisms to strengthen anticounterfeiting enforcement and disrupt these illegal activities across the globe.

The resolutions propose increased enforcement capabilities and innovative legal frameworks dealing with the seizure and adequate disposal and transfer of confiscated goods, and instituting criminal sanctions when genuine products are modified without a brand owner’s authorization.

INTA’s action comes as counterfeiting continues to increase globally, highlighted in recent months by the widespread emergence of fake medicines, personal protective equipment, and other products related to the Covid-19 pandemic.

The resolution on Proceeds of Counterfeiting is intended to deprive counterfeiters of the financial resources supporting their illegal operation – in effect, adopting a “follow the money” model.

Specifically, the resolution seeks to empower courts with the legal basis to confiscate and seize assets on a temporary basis, subject to appropriate evidentiary requirements, prior to securing a conviction when proceeds appear to be the result of counterfeiting. It also suggests empowering courts to order the confiscation of apparent assets or proceeds of counterfeiting when counterfeiters transfer assets to third parties for the purpose of evading confiscation orders on an interim or perpetual basis.

Additionally, it urges enactment of comprehensive procedures to strengthen the effectiveness of confiscation, including the efficient management and protection of frozen/seized goods, and their adequate disposal and transfer to the appropriate entity when a defendant is found guilty of counterfeiting. It also encourages greater international collaboration by providing reciprocal freezing and seizure orders.

The second resolution, Remarking as Criminal Counterfeiting, calls for genuine products that are “remarked” and modified to be included in the definition of “counterfeit” and for remarking to constitute a crime under anticounterfeiting laws, even where the original trademark as affixed by the trademark owner has not been altered. The resolution does not cover aftermarket or refurbished goods.

INTA takes the position that remarking “is likely to cause consumer confusion and harm, and should, like other forms of counterfeiting, constitute a crime of trademark counterfeiting,” the resolution states.

The resolution addresses a 2013 decision by the Fourth Circuit Court of Appeals in United States v. Cone, which held that products made by the brand owner but remarked by the defendants to appear as a different branded product from the same brand owner were not criminal violations, under 18 U.S.C. §2320, because the trademark as affixed by the brand owner had not itself been remarked or otherwise altered.

If legislation is adopted consistent with the resolution, counterfeiters that knowingly traffic in remarked products in a way that deceives customers will no longer be able to capitalize on the “loophole” created by the Cone decision or any other similar law or court decision. Instead, these actions should be subject to criminal anticounterfeiting statutes and allow for prosecution, according to the Association.

“INTA’s resolutions send a strong message to governments around the world that any form of counterfeiting should not be tolerated. By implementing the suggested best practices, individually and collaboratively with other countries, policymakers can help protect consumers on multiple fronts. That should be the highest priority,” said INTA CEO Etienne Sanz de Acedo.

Sanz de Acedo added that the resolutions align with the association’s strategic plan to promote the value of trademarks and brands and reinforce consumer trust.

The action is among INTA’s ongoing global anticounterfeiting efforts to protect brand owner’s intellectual property rights and reputation, protect consumers from the health and safety risks of counterfeit products, curb the loss of jobs and tax revenue incurred because of counterfeiting, and obstruct organized crime activities.

The association’s other activities include policy dialogues with enforcement officials, policymakers, and intermediaries; trainings for customs officials; anticounterfeiting workshops for members; and the Unreal Campaign, which informs young consumers about the value of brands and the dangers of purchasing counterfeit goods. The Board has previously adopted anticounterfeiting resolutions, including the last one in 2019 on the Appointment of Third-Party Witnesses in Judicial Anticounterfeiting Cases. 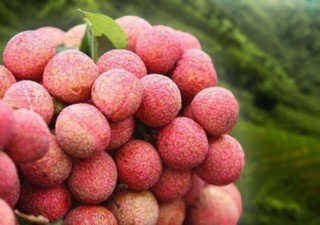