The growing menace of unlicensed and spurious drugs: A brief overview 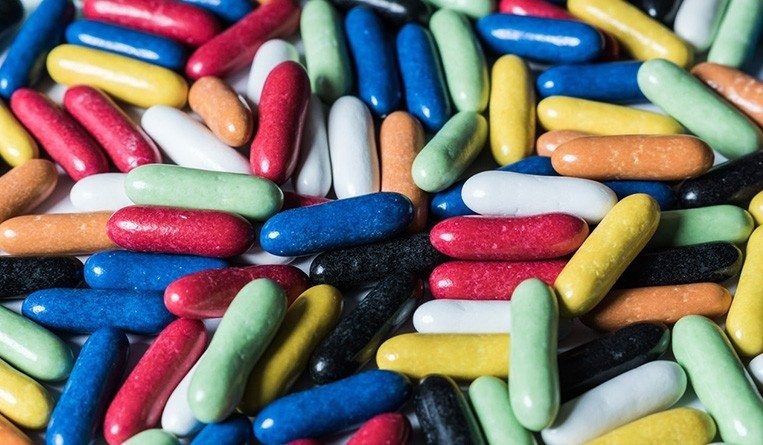 With an accelerating pharmaceutical industry like India’s, the country is witnessing the growth of an illicit and unregulated drug market. Under Indian law, pharmaceutical products require mandatory approval from the Central or State Drug Authorities to be imported, manufactured, sold or distributed in India. It is also desired that pharmaceutical products are duly tested and approved on their safety and efficacy; entities manufacturing and/or packaging these products must comply with Good Manufacturing Practices (GMP) norms and other labelling and packaging rules, amongst other requirements. However, despite the law as it stands today, drugs which are spurious, mislabeled, infringing, substandard or lacking the mandatory approvals are found flooding the Indian market, which are risking public health and safety. The Indian Government, as well the Drugs Controller General of India, are duty-bound to secure the fundamental right to life including the right to a healthy life of the citizens of India. They are also duty-bound to secure the quality of drugs imported, manufactured, sold and distributed in the country.

Under the Drugs and Cosmetics Act, 1940, a spurious drug is one which is manufactured under a name belonging to another drug or which bears the name of a fictitious individual or company as its manufacturer on the label/container or which purports to be the product of a manufacturer of whom it is not. The importation, manufacturing for sale or distribution, sale, stocking, offering for sale or distribution of a spurious drug is prohibited under this act and can result into imprisonment which can range up to life imprisonment and/or a fine of up to Rs300,000 (US$4,350). An unlicensed drug on the other hand is one which is imported, manufactured for sale or distribution, or sold, stocked, exhibited or offered for sale without any license as prescribed under the Act. The penalty for dealing in unlicensed drugs is imprisonment between three to five years and/or a fine of up to Rs100,000 (US$1,450). The Act also prohibits the import, manufacture, sale and distribution of misbranded, adulterated, sub-standard drugs or any other drugs, the import, manufacture, sale and distribution of which does not comply with the condition of the licenses issued; and provides penalties of imprisonment and payment of fines for the same.

Many of these spurious and unlicensed drugs are supplied in India in an extremely clandestine and surreptitious manner. This surreptitious trade channel witnesses supply of these drugs without maintaining cash memos, demanding prescriptions or issuing invoices, and only against cash payments. One of the notable practices of this trade is also the location of the manufacturer, which has been observed to be strategically based outside India, beyond the reach of the Indian authorities. Often, manufacturing of these drugs takes place in neighboring countries like Bangladesh, which is viewed as holding potential for manufacturing of generics. Being a least-developed country and under the Doha Declaration, Bangladesh was exempted from granting patent protection to pharmaceutical products until 2016, which was later extended to 2033, which appears to have encouraged manufacturing of drugs in Bangladesh, particularly those which infringe the patents over these drugs in India. Many of these drugs are imported into India, illegally or in small quantities, to avoid detection by customs authorities. These illegally imported drugs, thus, do not undergo the regulatory approval process before the drugs authorities, cause loss to the national exchequer as no customs duty is paid on their import (nor is GST within India) and further violate the rights of the patentees in the patents which have been obtained after years of extensive research and development.

There are also entities which are manufacturing spurious and unlicensed drugs with a fictitious address and contact details to escape any possibility of being detected. One such entity is Lucius Pharmaceuticals, which claims to manufacture oncology products which treat serious medical conditions, notably breast cancer, leukemia, lung cancer, Hepatitis C, renal cell carcinoma, etc. This entity has been found to be bearing an untraceable address in Sri Lanka, a telephone number belonging to a local bank, and is not even registered with Sri Lanka’s Registrar of Companies. However, Lucius’s products can be seen to be offered for sale in India, at variable prices, on third-party websites. They are being supplied through pharmacies in limited quantities to verified customers, without issuing any invoices or demanding a prescription. Some of these drugs have been noted to bear a “For Export Only” tag, without any manufacturing or import license number. These conditions qualify Lucius’s drugs as even misbranded. Pharmaceutical companies like Pfizer and Pharmacyclics have filed patent infringement suits in India against Lucius Pharmaceuticals for their patents over the drugs Axitinib, Crizotinib, Sunitinib and Ibrutinib, respectively, wherein the said entity has been temporarily restrained from infringing the patents over these drugs.

Recently, the High Court of Delhi in writ petition W.P.(C) 12224 of 2018, titled Pfizer Inc. & Ors. v. Union of India & Ors. has identified the drugs of Lucius Pharmaceuticals as spurious and noted that their import and sale is illegal. The court has directed state authorities to take appropriate steps in accordance with law to prevent the sale of the spurious drugs and further to prosecute the offenders to the fullest extent of the law as expeditiously as possible. The concern over Lucius’s drugs have even been voiced by other countries as well, by warning patients from procuring Lucius’s products as they lack official documentation and have been tested for poor quality.

Many spurious and unlicensed drugs are also advertised and supplied through online mediums on a pharmacy’s website or on e-commerce platforms like indiamart.com; tradeindia.com, etc., or even on social media websites like Facebook. The alarming fact being that many traders advertising and supplying these drugs, which are Schedule H or X, do not even ask for a requisite prescription mandated under law. Even in case of a prescription, certain chemists provide a patient with a generic version of the prescribed patented drug, which is unlicensed or even spurious. A retailer is mandated under law to maintain records of the date of purchase; batch number of the drug; name, address and license number of the manufacturer of the drug supplied; cash and credit memos; signature of the registered pharmacist under whose supervision the drug is supplied; etc. regarding these transactions. But, in order to further the illegal trade of these spurious and unlicensed drugs, these traders or chemists are consciously flouting the provisions of the Drugs and Cosmetics Act as well the Pharmacy Act and are liable to have their licenses cancelled or suspended in these scenarios.

A practical challenge in prosecuting these drug rackets, to effectively erase the availability of such spurious and unlicensed drugs from the market, is to trace the manufacturer. The traders and pharmacies found supplying the infringing or spurious drugs are also not forthcoming in disclosing any details pertaining to the manufacturer. The manufacturers stationed outside India are sometimes located in areas where the court papers cannot be effectively served, as a result they are proceeded ex parte in the proceedings. In cases like these where the public health and safety is at risk, there is a need of increased vigilance and surveillance by the relevant authorities to timely monitor the market and borders. It is also imperative that the pharmaceutical companies involved in the trade including the patentees approach the authorities and take timely actions in reporting this growing menace.

Tusha Malhotra is a partner at Anand and Anand in Noida, where she focuses on litigation, patents, trademarks, copyrights, designs, licenses, contracts, arbitration, writs and other matters. Among other things, she was part of the firm’s team representing Novartis in Novartis v. UOI, the first case on interpretation of Section 3(d) of the Patents Act, 1970 from the Supreme Court of India, and part of the team representing Merck in Merck v. Glenmark, the first patent case decreed in favour of the plaintiffs in a highly-contested scenario under the Patents Act.