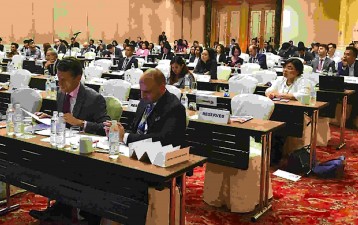 Brace yourself for INTA’s Annual Meeting in Singapore next year

The King of Fighters: Interviews with IP Week Speakers

IP Week @ SG 2018 brings together thousands of professionals from around the region. Johnny&nbsp;Chan meets with two key IP Week participants.

The career of Daniel Greif from Spruson & Ferguson has taken him to more than 100 countries in high-profile roles in the trademark world. He chats with Asia IP about trademark enforcement in developing countries, training young lawyers and why tellin...

Woon Chooi Yew from Dentons Rodyk & Davidson&nbsp;is one of Singapore&rsquo;s best-rounded IP lawyers. She chats with Asia IP about the use of technology in work, Singapore&rsquo;s successful franchises and her accidental introduction to intellectual... 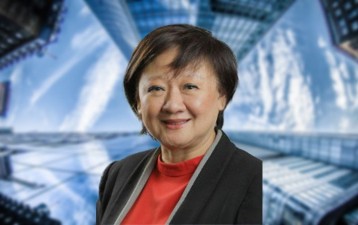 John LaBarre is an in-house patent attorney at Google, who works on the patent transaction team, heading up the group&rsquo;s efforts in Asia and working on such technologies as search, robotics and technologies coming out of Nest Labs. Johnny Chan c...

Is Google Drug on the Horizon?

John LaBarre, an in-house patent attorney at Google, speaks to Johnny Chan about the future patentability of DNA, Google&rsquo;s new company Alphabet and the company&rsquo;s possible future in the pharmaceutical industry.

In an exclusive interview with Asia IP, Etienne Sanz de Acedo, chief executive officer of the International Trademark Association speaks with Lily Zhang on the sidelines of IP Week 2015 in Singapore about challenges in IP protection and how internati...

IP Week @ SG &ndash; an initiative of the Intellectual Property Office of Singapore &ndash; brought more than a thousand IP experts from around the world to Singapore in late August to discuss emerging IP issues and strategies. Asia IP caught up with...

During the recent annual meeting of the International Trademark Association in Hong Kong, Johnny&nbsp;Chan caught up with INTA president Mei-lan Stark about the organization&rsquo;s present and future, as&nbsp;well as her perspective on China&rsquo;s...

As Anand and Anand celebrates its 90th anniversary, Pravin Anand sits down with Asia IP to discuss&nbsp;the philosophies and strategies which have made the firm one of India&rsquo;s top intellectual property&nbsp;practices.

Turning to their Creative Side

As INTA members increasingly turn towards Asia, it&rsquo;s only natural that the association is being&nbsp;led by its first president from the continent. Toe Su Aung shares her thoughts on her career, the&nbsp;importance of intellectual property and...

In an exclusive interview with Asia IP, Murlidhar Balasubramanian &ndash; better known as Murli &ndash; speaks with Johnny Chan about his role as in-house trademark counsel at Castrol India, the current and future IP landscape in India, and why Asia...