On amendment to a Markush claim during patent invalidation proceedings 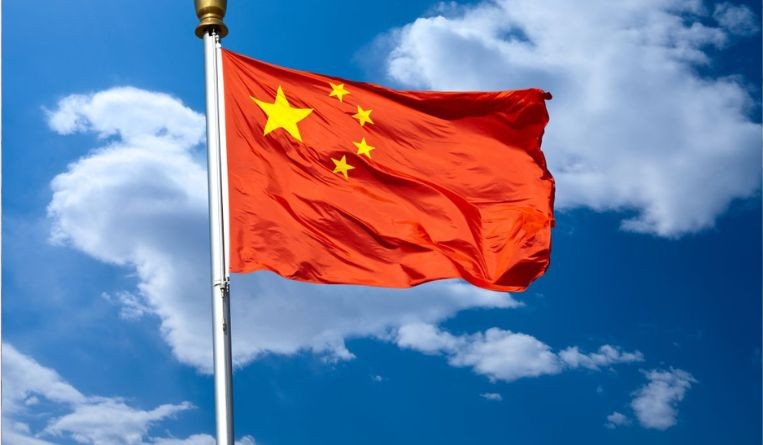 China’s patent examination guidelines provide specific principles for amending a Markush claim during invalidation proceedings. Xiaohan Xie discusses the history of Markush claims in China, and the two prevailing theories in the interpretation of such claims.

The “Markush” format claim is originated from a patent application filed by American chemist Eugene A. Markush in 1923. This patent application was drafted by using the expression “selected from the group consisting of…” in the claims, and was granted the patent right in 1924, thereby establishing the drafting manner of a claim defined by a number of alternative elements. In China, the Guidelines for Patent Examination provide that [W]here a single claim of an application is defined by a number of alternative elements, the Markush claim is formed; and such alternative elements are called “Markush elements”. The Markush claim has always been used when drafting pharmaceutical compounds patents. In recent years, with more cases being filed for invalidating pharmaceutical compounds patents, the Markush claim has gained increasing attention, and more disputes have risen over its amendment during invalidation proceedings.

The Guidelines provide the principles for amending a claim during the invalidation proceedings:

(1) The title of the subject matter of a claim cannot be changed;

(2) The extent of protection cannot be extended as compared with that in the granted patent;

(3) The amendment shall not go beyond the scope of disclosure contained in the initial description and claims; and

(4) Addition of technical features not included in the claims as granted is generally not allowed.

For a Markush formula disclosed in the prior art, the public may conduct research on it to obtain an invention by selection: namely, by choosing a certain combination from the multiple variables and their candidates defined in the general formula; this particular combination can constitute a selection invention; and this selection invention may be granted a patent right if it could achieve unexpected technical effect. If the Markush claim is otherwise regarded as involving a collection of multiple parallel technical solutions, the possibility of conducting research on the general formula known from the prior art to obtain a selection invention would have been excluded.

Second, if it was allowable to delete one or more candidates of certain variable in the general formula during the invalidation proceedings, this would actually provide a wrong guide that one claim would be sufficient when drafting a Markush claim. In that case, it would make it possible for the patentee to unduly obtain many technical solutions of different ranges of protection scope, or even obtain certain specific compounds (such as specific compounds that have not been exemplified in the working examples in the patent description) by subsequent amendments at the invalidation proceedings. However, this would definitely cause harm to the public interest. Since the Markush claim involves a huge number of variables and numerous possible candidates from which they could be selected, there is uncertainty about the protection scope of the claim after its amendments, and the public cannot stably expect the same. This scenario also supports the theory that the Markush claim should be treated as representing a whole technical solution.

First, the Guidelines at Part II, Chapter X, Section 8.1 provide that the Markush claim shall comply with the provisions on unity. Where the Markush elements are for alternatives of compounds, they shall be regarded as being of a similar nature, and at the same time the Markush claim possesses unity if they meet the following standards:

(1) All alternative compounds possess a common property or function; and

It appears that the expression “all alternative compounds” supports the holding that the Markush claim involves multiple parallel technical solutions. Furthermore, the Guidelines at Part II, Chapter VI, Section 2.2 provide that [T]he determination of whether two or more inventions belong to a single general inventive concept shall be made without regard to whether the inventions are claimed in separate independent claims or as alternatives within a single claim. In either case, the same criteria shall be applied to determine whether there is unity. The latter case often occurs in Markush claims.

Clearly, the Markush claim may be interpreted as having an attribute of alternative technical solutions.

Second, in order to overcome the defects (e.g., the compounds of the general formula in the Markush claim being lack of support by the description) as raised by the examiner during the substantive examination, the patent applicant usually opts to delete one or more candidates from those defined for the groups in the general formula. This strategy being allowed for amending the Markush claim is much similar to the approach for dealing with “parallel technical solutions”.

In the judicial practice of China, the Supreme People’s Court’s judgment over a retrial case (filed by Beijing Winsunny Pharmaceutical Co., Ltd. against the Patent Reexamination Board regarding the Chinese Patent No. 97126347.7 owned by Daiichi Sankyo Co., Ltd.), one of the Top 10 IP cases of Chinese Courts in 2017, is the most typical case on the interpretation of the Markush claim. In particular, Claim 1 of the patent at issue defines compounds of general formula (I), below.

Whether the amendment to the Markush claim is allowable should be determined based on the principle that the amendment would not result in a class of compounds or a single compound possessing a new property and function; and also, it is required to comprehensively consider the particular factors unique to each individual case. On the assumption of allowing the patent applicant or patentee to delete any candidate of any variable from the Markush claim, even if the deletion would narrow the protection scope of the claim without injuring the public interest, there is uncertainty as to whether the deletion would generate new protection scope, which can neither warrant a stable expectation from the public, nor do any good for guaranteeing the stability of the patent validity system.

As evident from the Winsunny case, the Supreme Court is mainly in support of the whole technical solution theory, while also reserving some space for the patentee to amend the Markush claim at the invalidation proceedings. The principle underlying the amendment is that “the amendment would not result in a class of compounds or a single compound possessing a new property and function”. Moreover, the Supreme Court gives the reasoning behind this principle, i.e., avoiding undermining the stable expectation from the public or disrupting the stability of the patent validity system.

Subsequent to the issuance of the Winsunny case, the Beijing IP Court issued an administrative judgment regarding the Chinese Patent No. 98805666.6. In this case, the Beijing IP Court mentioned that Claim 1 defines the carbamates of general formula I.d below in the format of a Markush formula; and regardless of how many variables and possible combinations it includes, the Markush claim should be regarded as a generic combinative solution; namely, the Markush claim should be interpreted as a collection of Markush elements, not a collection of multiple compounds.

Thus, deleting the Markush elements cannot be taken as deletion of parallel technical solutions. The amendments made to the carbamates of structural formula I.d (i.e., amending “X is CH and N, n is 0, 1 or 2 and R is halogen, C1-C4-alkyl and C1-C4-haloalkyl, where the radicals R are different when n is 2, and salts and adducts thereof” to “X is CH, n is 1 and R is halogen or salts and adducts thereof”, or just amending “X is CH and N” to “X is CH”) do not belong to deletion of the parallel technical solutions, and may not be accepted.

Furthermore, the IP Court also mentioned in the above case that the Markush claim is drafted in a very generic manner, covering numerous specific compounds which even cannot be exhaustively listed by the patentee. As a result, the public resources occupied by the patentee via the Markush claim may be far more than those of other types of claims. In that case, if no restriction is imposed on its amendment, it would overly protect the interests of the patentee, while neglecting the public interest. This may be disadvantageous for making further technological innovations and thus violates the basic principle of the patent law for balancing the interests of patentee and the public interest.

Regarding “whether the amendment to the Markush claim is allowable should be determined based on the principle that the amendment would not result in a class of compounds or a single compound possessing a new property and function” in the Supreme Court’s judgment, the author opines that if the patentee deletes some Markush elements from the Markush claim based on certain core compounds which have been validated for their effects in the examples, i.e., only deleting the alternative candidates except the groups of the core compounds and their generalized terms, such an amendment should be allowable and could be in line with the stable expectation from the public.

For the latter case ruled by the Beijing IP Court, the author noticed that the patentee actually deleted some Markush elements from the general formula I.d based on the active compounds described in the working examples of the patent description, i.e., deleting the alternative candidates except the groups of active compounds and their generalized terms. From the author’s point of view, it is difficult to define why such an amendment deviates from the principle that was established in the Winsunny case, i.e. “whether the amendment to the Markush claim is allowable should be determined based on the principle that the amendment would not result in a class of compounds or a single compound possessing a new property and function”. Moreover, the way of the concerned amendment would not go beyond the stable expectation from the public. If the patentee can maintain the validity of the patent only by deleting certain claim(s) where a document cited by the petitioner during the invalidation proceedings has disclosed some particular technical solutions within the scope of the Markush claim of the patent at issue, that would be too unfavourable for protecting the interests of the patentee; and it is very likely that ultimately the patentee can only afford protection of one or several core compound(s) (with the proviso that the claims as granted include such a compound or compounds). This obviously deviates from the original intention of allowing the Markush claim.

Considering the balance between the interests of patentee and the public interest, the strict “restriction” on the amendment to the Markush claim during the invalidation proceedings should not be understood as “no amendment allowed”; instead, it should be determined by comprehensively considering the particular factors of the patent at issue (including the extent to which the patent description has been disclosed, and the relationship between the deleted portion and the disclosure of the description), thereby reserving some space for the patentee to delete some Markush elements.

joined Peksung IP firm in 2021. Her primary focus is on patent preparation and prosecution in various fields including polymer chemistry, pharmaceuticals and organic chemistry. She has been providing IP services relating to patent invalidation, patent validity analysis, etc. for many international and domestic clients.