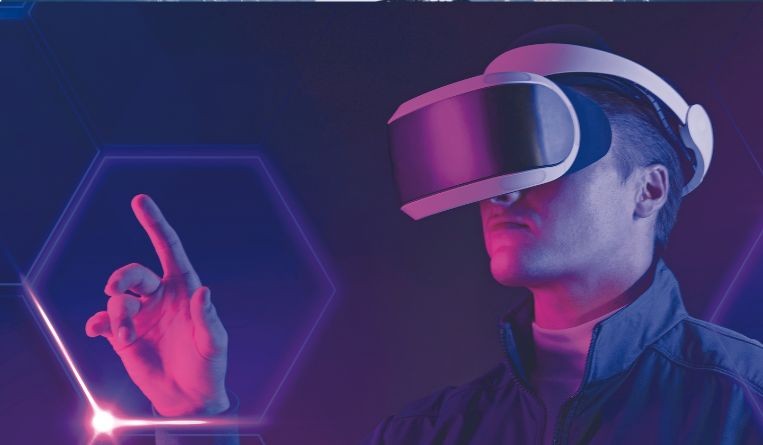 Imagine a parallel three-dimensional (3D) virtual world touted as the next-level-internet. Here, people move around as avatars. And here, they can interact, shop, play, watch a concert, take a thrilling ride at a theme park, attend a meeting, even build a home and engage in numerous other basic  human activities.

A person can do all of these while wearing a virtual attire, branded, perhaps.

Welcome to the metaverse! With the use of augmented reality (AR) and virtual reality (VR) devices as well as smartphones and PCs, each of us can enter this world which may potentially become the ultimate meeting ground for everyone, socially and professionally.

Metaverse started becoming a buzzword in October 2021 when Facebook, Inc. announced its rebranding and changed its name to Meta Platforms, Inc., better known as simply Meta. According to CEO Mark Zuckerberg, the new brand name reflects everything the company is engaged in – which now includes creating technologies and a platform that will enable people to connect in the metaverse.

Microsoft has also committed itself to this goal by acquiring game developer Activision Blizzard for US$68.7 billion to provide “building blocks for the metaverse.” Google and Apple are in it as well.

According to Zuckerberg, the metaverse could be with us in five to 10 years. Already, some components of this 3D virtual world are taking place. Millions around the world watched Ariana Grande perform in Fortnite in 2021. Meanwhile, kids are playing and interacting with one another on Roblox and Minecraft. Users are also buying virtual luxury-brand clothing to dress up their avatars in Roblox.

The IP scene in the era of the metaverse

As the metaverse looms, the intellectual property sector anticipates these developments: an increase in patent applications for AR and VR devices and related technologies and cryptocurrency, an increasing number of software and non-traditional trademarks like moving images and sound marks, new brands, product lines and online platforms cropping up, and many more.

Looming even larger is the potential rise of infringement cases. An avatar wearing digital attire using a famous brand’s trademark without consent is just one example. “We have already seen various cases of actual or potential IP infringement in the metaverse under the luxury fashion industry,” said Sanil Khatri, a senior associate at Baker McKenzie Wong & Leow in Singapore, “and such issues are expected to rise across various industries.”

IP licensing is an area which can also present challenges. This is especially true in situations where the owner is not clearly distinguished – say, by definition or contractually – or where the IP rights may be divided given the nature of the rights accrued in the metaverse. “This will require understanding how IP may be used and how ownership is derived in the metaverse today as well as in the future given the relevant scope may change over time,” explained Khatri.

The question of who owns the user-generated content – whether it’s the platform or the user – will also raise issues as to rights and liabilities in connection with the content.

Additionally, it will be important for buyers of non-fungible tokens (NFTs) to know if purchasing an NFT, which are dependent on the terms and conditions of the sale, provides them with authorship and/or licensing rights aside from use rights.

More complicated data privacy matters are also expected to emerge from the metaverse. These include issues related to the extraterritorial effect of data privacy laws in a subject jurisdiction, whether there is an effect if personal data is collected and processed outside of the subject jurisdiction and if there are any requirements regarding storage of such data.

“Businesses may be able to collect more sensitive data, such as eye and facial movements through VR software and hardware, among other means in the metaverse, and the privacy policy and the terms and conditions may cover such collection and use of data,” said Khatri, “but users are not likely to understand the full implications of how such data may be used if the permissions for use are broad and overarching.”

According to Christopher Rourk, a partner at Jackson Walker in Dallas, a metaverse platform will likely be similar to a social media platform. Therefore, solutions to many of the IP issues arising from social media will probably be applicable to a metaverse platform, such as getting the social media platform to remove the infringing content and seeking an order from the court to get the platform to take action. However, in the case of the latter, Rourk said it may be easier to seek a court order against the infringer in the infringer’s country.

“It is likely that a metaverse platform provider will require users to agree to contractual provisions that will allow them to take down infringing materials or block access if any illegal activities are being conducted, as well as to provide notice that anything that is provided to the metaverse is not private, protectable as a trademark or copyrightable by virtue of performance in the metaverse, or other similar provisions. Whether or not such provisions would be enforceable in any specific jurisdiction and could be litigated, the metaverse service provider can always alter the functionality that is available to jurisdictions that are not offering it sufficient protection or which impose requirements that are impractical for the metaverse service provider to comply with,” said Rourk.

He added that the location of servers may also be important. The critical question here is whether an IP rights owner in a jurisdiction that does not physically contain a metaverse service provider could enforce those rights.

Khatri added: “We expect jurisdictional and enforcement issues to arise due to cross-border transactions and difficulties in defining territories/boundaries in relation to the use and exploitation of IP rights in the metaverse.”

Subedi cited the facts of Nepal’s IP regime: “We can find many IP infringement [cases] in the Nepali market, and the Patent, Design and Trademark Act, 1965 is outdated. Thus as of now, many provisions are lagging behind in addressing the crucial issues in IP infringement. Even the filing of trademark, patent and design is done manually here – an online filing system is still not available. Our country’s IP offices’ system and IP legislation seem laid back and are not as updated as they should be.”

Nepal has a weak IP enforcement system, coupled with the lack of awareness among consumers and lack of proactiveness among authoritative personnel and officers who don’t receive proper training on IPR issues. Under such circumstances, the sale of counterfeit products is on the rise in Nepal. This is further bolstered by the common practice of paying bribes to authorities so infringers won’t be prosecuted.

“The metaverse may bring about unfamiliar IP issues stemming from fast-moving technology and will require a robust IP framework to handle them. Myanmar is building on its IP experience and its IP framework is still being developed,” said Lyra Miragrace C. Flores- Bisnar, a principal foreign attorney at Kelvin Chia Partnership in Yangon.

In 2019, Myanmar enacted new laws for copyright, trademarks, patents and industrial designs following decades of governance under the Burma Copyright Act 1914 and the Penal Code 1861, which contains a definition of “trademark.”

Then came February 1, 2021, when Aung San Suu Kyi, whose National League for Democracy party emerged victorious in the November 2020 Myanmar elections, was arrested and deposed by the local military force. The military, which regarded the election results as false, seized power, thus crippling government operations. To this day, Myanmar’s new IP laws are yet to be fully implemented.

“It’s hard for anyone to be ready for the metaverse, as we really don’t know how it will function,” said David Haskel, a partner at Abacus IP in Phnom Penh. “This is a bit of science fiction, but ideally, there would be some participatory process at a global level to decide these issues. These could then be implemented directly in the metaverse, perhaps through treaties and local legislation. In that regard, Cambodia has a good track record of joining international IP systems and think they would readily join up to such an initiative.”

The past few years have seen Cambodia entering into various bilateral cooperation agreements for patent registration, including with the United States Patent and Trademark Office and Korean Patent Office. The country also joined the Patent Cooperation Treaty.

Aside from steps like these, how else can jurisdictions like these get themselves ready for the onset of this 3D virtual world and cope with the IP issues?

For Nepal, of course, legislation should be updated to address the digital world and its accompanying issues. People working in the IP sector should be up-to-date as well. Hence, compulsory training of all officers handling different IP-related issues via seminars should be required to raise their expertise level, according to Subedi.

In Myanmar’s case, implementation of the new IP laws is critical. Regulatory, judicial and industry key players should work hand-in-hand for the development of the country’s IP regime.

“Regulators may have to consider new innovations/technologies in their formulation of rules and approval processes. Myanmar courts would have to build experience in handling more IP cases generally, including novel matters that may arise from emerging technologies. Finally, business stakeholders may also contribute to the IP framework by engaging in consultations with the regulators and instituting programs and initiating events that help bring awareness of the IP laws, regulations and developments to the industry at large,” said Flores-Bisnar.

It may also be a wise move to establish a regulatory agency that will implement regulations having the force of law while making sure these do not drive the metaverse service providers away. According to Rourk, this can be done by giving the service providers the right to review and comment on the proposed regulations. The regulatory staff should also be subject to oversight by elected officials or administrators appointed by elected officials.

Plus, there should be more advanced methods of locating and investigating infringement cases as well as identifying the infringers. When it comes to data privacy in particular, Khatri added that businesses compliant with local privacy laws need to consider cross-border implications and decide if they should re-evaluate their practices and operations in order to comply with other jurisdictions. 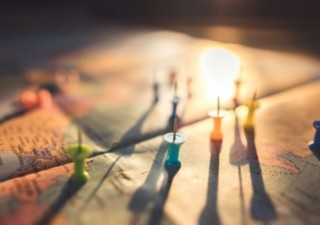 IP filing in multiple jurisdictions: How to navigate contrasting laws

A look at trademark dilution – and how it impacts brands 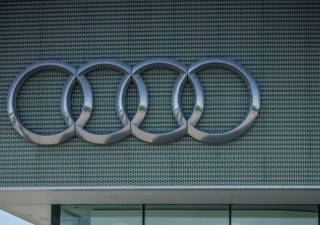 Lessons for advertisers from Audi’s ad plagiarism scandal in China 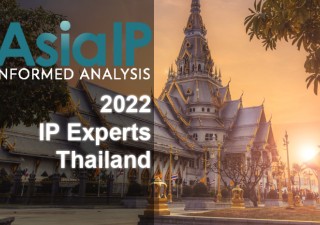