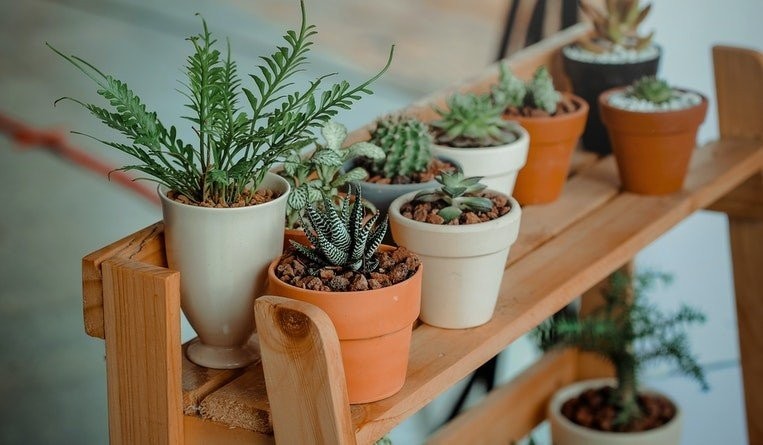 New plant varieties are protected nowhere better than they are in China; today, the country has the largest number of annual applications for agricultural plant variety rights. Mengmeng Yu explains the rules and procedures a plant breeder must know to protect rights for new plant varieties in China.

Rights for new varieties of plants (NVP) are a type of intellectual property right to protect innovations in agricultural and forestry breeding. China established legal protection for new varieties of plants through the Regulations for the Protection of New Varieties of Plants in 1997 and acceded to the International Convention for the Protection of New Plant Varieties of Plants in 1999. Over the past 20 years, protection has expanded to a growing number of plant varieties, while the number of applications also has been increasing year-by-year, making China the country with the largest number of annual applications for agricultural plant varieties. This article will explain the basic rules and procedures a plant breeder must know for protecting his or her rights for new plant varieties in China.

New varieties of plants (NVP), in the context of Chinese intellectual property laws, refer to plant varieties that are cultivated by people or developed from a discovered wild plant, which possess novelty, distinctness, uniformity and stability and are properly named. NVP protection provides for 20 years from the date of grant for vines, forest trees, fruit trees and ornamental trees, and 15 years for other eligible plants.

The breeder identified in an NVP application must be a natural person, who makes inventive contributions to the breeding of the new variety. A person, who is responsible only for organizational or managerial work, providing convenience for the utilization of material resources, or engaging in other supportive works, is not a legitimate breeder.

The applicant of an NVP application can be either an individual or an entity. A breeder is eligible for applying for an NVP, unless his works are service under his employment duty. That is, if the breeding is made in execution of the tasks assigned by his employer entity, or made mainly by using the material resources (e.g., funds, equipment, places, breeding materials and technical data) of the employer entity, the employer entity shall enjoy the rights to file the NVP application. In commissioned breeding, the ownership of the NVP shall be determined according to the contract; if there is no contractual agreement, it shall belong to the entity or individual who accomplishes the breeding works. In cooperative breeding, the agreement shall prevail, otherwise the NVP shall belong to the entities or individuals who jointly accomplish the breeding work.

Where the applicant is a foreigner or a foreign company or organization that has no habitual residence or business office in China, a Chinese agency must be entrusted to act for their NVP application.

Only the genera or species included in the National Catalogs of Protected New Varieties of Plants are eligible for NVP protection. At present, there are 397 genera or species in the National Catalogs, including grain, cotton, oil plant, fiber crops, vegetables, tobacco, forest trees, bamboo, fruit trees, ornamental plants, grasses, medicinal plants, edible fungi, and algae, etc., wherein 191 of them are agricultural varieties and 206 are forestry varieties.

In addition to the filing request, the application documents should also include the specification and photos, which are used to reflect the pedigree, source of parents or other used propagating materials, breeding method and process, environment and cultivation techniques, characteristics comparison with similar varieties.

After the application is received at the competent authority, it will go through the preliminary examination for no more than six months, with primary focuses on:

(i) in the territory of China for more than one year, and

(ii) in a territory out of China for more than four years or, in the case of vines, forest trees, fruit trees and ornamental trees, for more than six years;

Substantive examination is carried out mainly based on application documents and other relevant written materials. When necessary, the examination office will entrust a designated testing institution to conduct tests or send personnel to conduct on-site inspections to study the planting or tests of the applicant. The examination or inspection primarily focuses on the distinctness, uniformity and stability (DUS) of the applied NVP.

An NVP will be granted if it is found to conform to all the requirements. The examination office will issue the decision to grant the NVP rights, then dispatch the certificate, and have it registered and announced to the public.

In the meantime, NVP rights do not extend to:

The allegedly infringing variety is the Sanhong Honey Pomelo fruit, which could be seen as either propagating material or harvested material. Due to its characteristics, the NVP Sanhong Honey Pomelo, however, is usually considered an asexually propagated variety. Its seeds, grains, and juice cells can hardly be used as propagating materials. Moreover, Runping Company was selling the fruits for consumption rather than for propagation. The Supreme People’s Court found the Runping Company not infringing and rejected Cai’s claims.

Because NVP infringement cases are highly specialized and complex, it is often necessary to adopt appraisal procedures to determine facts such as whether the characteristics of allegedly infringing variety are the same as those of the NVP. The appraisal institute and appraiser shall be determined by consultation between the parties. If the consultation fails, they shall be designated by the people's court. If there is no suitable appraisal institute or appraiser, professional institute and people with appropriate level of variety testing knowledge and skills could act for the appraisal.

Common NVP appraisal can be divided into two groups: field observation and laboratory tests. Field observation, a.k.a. the DUS test, is consistent with the standards adopted for granting an NVP, and is widely adopted by member countries of the International Union for the Protection of New Varieties of Plants (UPOV). Its results are well accepted, but subject to environmental conditions, high costs and a long processing time. Laboratory test refers to modern molecular biology techniques such as DNA fingerprinting, electrophoresis analysis of esterase isozymes or proteins, etc. It is easier and quicker, while the results are not necessarily accepted in judicial practice.

The DNA report showed only one locus among the 40 loci used for detection in the sample of the allegedly infringing variety is different from that of the NVP. According to the Testing and Determination Standard of DNA Fingerprint Method for Appraisal of Maize Variety (NY/T1432-2007) issued by the Ministry of Agriculture, if the differences are less than two, it is deemed that there is no sufficient condition for determining that the two samples are different. Therefore the first-instance court confirmed infringement. The second-instance court then further pointed out that there is no direct connection between the DNA analysis and DUS test. Given that there is only one different loci, not sufficient for determination, other factors should be taken into consideration to determine whether the compared varieties are the same. The corresponding burden of proof should be borne by the party accused of infringement. Since they failed to provide contrary evidence, e.g., additional test results with increasing testing loci, or further validated samples for determination, the court determined that Fukai’s act constituted infringement.

The results from the two testing methods are inconsistent, i.e., the DNA fingerprinting report showed that the samples of the infringing variety and the NVP are the same or similar. As a defense, the accused infringer submitted a DUS test report to prove that the allegedly infringing variety has distinctive characteristics comparing to those of the NVP in field planting. The court then ruled that the defendant did not constitute NVP infringements.

Civil liability for NVP infringement primarily includes stopping infringing acts and collecting damages. The amount of compensation shall be assessed on the basis of the losses suffered by the right holder or the profits gained by the infringer. Alternatively, the right holder may request that the amount of compensation be determined according to the NVP license fees, with reference to the type, time, scope and other factors of the license. If it is difficult to determine an amount by the above methods, the court will consider the nature, period and consequences of infringement, and the reasonable expenses paid by the right holder to investigate and stop the infringement, and apply a statutory compensation of no more than Rmb500,000 (US$72,250).

Maize NVP Zhengdan 958 is a proprietary of the Henan Academy of Agricultural Sciences. The male parent of the hybrid is “Chang 7-2” which belongs to the public domain. The female parent is the NVP “Zheng 58” which is owned by Jinboshi Company. In this case, the defendant Denong Company used Zheng 58 to produce and breed Zhengdan 958 under a license agreement with the NVP right holder – the Henan Academy of Agricultural Sciences – but without the permission of Jinboshi Company, the NVP right holder of the female parent Zheng 58.

Considering that the Denong Company had obtained the license from the Henan Academy of Agricultural Sciences for producing Zhengdan 958, paid the royalty fees, and invested a lot of time and effort to produce it in many places in Gansu Province, the court said that if Denong Company was asked to stop producing Zhengdan 958 maize, great economic losses will be caused. The court, instead, decided to ask Denong Company to compensate Jinboshi Company. By comprehensively evaluating the intention of the infringer, the profits gained and the continued profits would be gained from not stopping the use of the NVP Zheng 58 until the expiration of the protection term, the court supported Jinboshi Company’s claim for a compensation of Rmb49.5 million (US$7.15 million) and a reasonable expenses of Rmb20,000 (US$2,890) for investigating and trying to stop the infringement.

There is another kind of NVP infringement where the infringer sells the variety under an NVP name but with blank packaging, i.e., no basic information, such as the genus or species of the variety, the breeder or vendor, quality index, appropriate planting areas, quarantine certificate number, are indicated on the package. It misleads the buyers to believe that the sold variety is a granted NVP. This behavior not only affects the NVP right, but also constitutes unfair competition which can be governed by the Anti-Unfair Competition Law.

China adopts dual-track protection for intellectual properties. The administrative authorities also have jurisdictions over NVP infringements. The right holders should choose the competent authorities and measures according to the types of infringements:

China has started the revision of the Regulations for the Protection of New Varieties of Plants since 2019. The Supreme People’s Court plans to issue the judicial interpretation named the Provisions on Application of Law in the Trial of Disputes over New Plant Variety Rights in 2021. NPV breeders and stakeholders should pay attention to the progresses and make timely adjustments to adapt to any new development.

Mengmeng Yu is an associate with AFD China. She is a patent attorney and a registered plant variety rights agent. She focuses her practice on IP prosecution, and counseling. Her role in the firm also includes acting as a client and media liaison to maintain supportive partnership with overseas clients, and arrange media exposure and publicity. Yu holds a doctorate in biotechnology and a BEng in food science. She also worked as a visiting scholar at the Beltsville Agricultural Research Centre of the US Department of Agriculture, where she trained as a chemical analyst in 2009-2010.