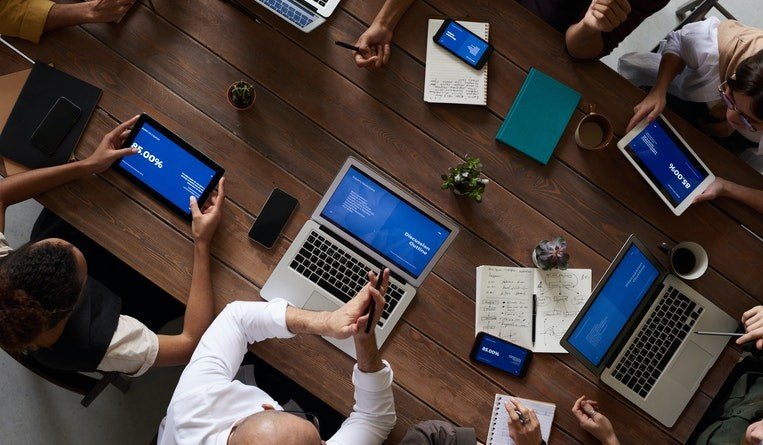 Covid-19 may be creating challenging times, especially for small enterprises and startups. But small businesses can survive if they press the right buttons, including adequate, efficient and timely IP rights protection. Espie Angelica A. de Leon reports.

It cannot be helped that companies nowadays are shutting down, laying off staff, cutting back salaries and resorting to other means to stay afloat.

Micro, small and medium-sized businesses – MSMEs – including startups could be the most affected.

Sadly, these measures could also mean such businesses putting less money and attention on IP matters. However, doing so can put these companies in an even more difficult position later on.

Lawyers around the Asia Pacific region share their insights and enumerate common missteps in IP work that these small companies and startups should avoid:

Unwillingness to invest in IP

Small businesses trying to solve financial problems brought about by the Covid-19 pandemic may now be figuring whether it is wise to put money in IP. The answer is yes, it is, despite the crisis. The benefits are not just for the short-term; such investment is also for the company’s long-term viability and competitiveness.

“In tough economic times, the competitive advantages that IP rights bring become more important, not less,” says Gus Hazel, a partner at James & Wells in Auckland and Brisbane. “There are many examples of businesses that sought to cut back on IP investment during the global financial crisis of 2008-2009 which suffered a decline in their competitive position in the years that followed. [Meanwhile], those that focused on innovation came out of that recession with advantages that gave momentum over the longer term.”

Not getting acquainted with IP laws

According to Sudeep Chatterjee, a partner at Singh & Singh in New Delhi, it is important to know the laws in order to run a business smoothly at this time of a pandemic. After all, everything is going digital.

“Businesses should avoid unlawful use, or infringement of others’ IP rights. Thus, it is necessary to invest time to determine which works are in the public domain and are free to use, or which design, innovation or mark is registrable as the same would help them avoid IP problems and legal liability in the future,” says Chatterjee.

Not consulting an IP professional

Most small businesses, including startups, are likely to make this misstep. They adopt a piecemeal approach to IP issues on their own, thus saving on upfront costs.

The results could be disastrous. Doing this can cause difficulties in the way the business functions and a failure to comply with guidelines and mandates.

“This pandemic has resulted in the resurgence of the internet and new compliance,” says Chatterjee, “thus, it is necessary to seek professional assistance.”

Not only does the IP professional anticipate IP needs and compliances, he also helps organizations identify the IP they created or they plan to create, protection which already exists and the process of acquiring further protection or IP rights. The IP professional also makes sure that IP rights ownership stays with the startup at all times.

Regarding the idea of saving on costs by not consulting a professional, Hazel says it doesn’t always work out the way companies think it will.

“Agreements to license IP rights and, in particular, agreements by which a third party is commissioned to create, research or develop IP, should be recorded in writing with clear provisions on newly created IP and be drafted in accordance with the law in the relevant jurisdictions,” says Hazel. “It is almost never cheaper to ‘cut and paste’ from an old agreement which was not drafted with the specific issues of the current situation in mind.”

Failure to identify the IP that the organization owns

This misstep means a business’s unidentified IP is unprotected. Therefore, other business entities are wont to cash in on this pitfall.

On the other hand, protecting one’s IP gives the business an edge and a good standing in the market.

“Most businesses in Pakistan – whether startups or well-established family ventures – are powering through challenging times as global economies battle the serious financial repercussions caused by the outbreak and continuous spread of Covid-19 around the world,” says Sana Shaikh Fikree, senior associate at Vellani & Vellani in Karachi. “During such challenging times when most startups are focusing on how to generate more funds in the most cost-effective manner, they are likely to neglect the need to protect IP rights.”

“In the wake of Covid-19, it will be essential for startups to have a well-planned IP protection and management strategy in place. It will be critical to see as to what IP assets are owned by the startup and what would be the key assets which have to be protected.”

Rushing to enter the market

During the pandemic, startups may be in a hurry to put a commercially viable product in the market without doing market research.

“For example, it is critical to see how distinctive your brand name will be,” says Fikree. “Adopting a certain brand name without carrying market searches or searches at the IP offices may expose the owners of the startups to potential infringement claims.”

“Business owners have to be well-informed that incorporation of a name, or registration of it as a domain, does not confer trademark protection. Therefore, it is ideal for such businesses to perform an extensive trademark search and file for registrations accordingly,” explains Chatterjee, adding that there has been a resurgence of counterfeiting activities lately.

Not having documentation and written agreements in place

The pandemic has necessitated the development of new drugs and equipment. To make this possible, businesses, including small firms and startups, are now either into collaborations or looking into them.

“While collaborations are essential for growth and sustenance, it does result in the basic IP question as to who owns what,” explains Fikree. “While battling the financial challenges brought by Covid-19, it is essential not to overlook having written agreements in place which clearly identify who will be the owner of current and future IP rights and if such IP rights are permitted to be used by another, then the terms and conditions for such permission.”

A company which has entered into a collaboration may be more likely to reveal confidential information such as patentable subject matter at an investor meeting, or to a contract developer, or the like. This further exacerbates the problem.

“Public disclosure of an invention prior to filing a patent application can limit or destroy patent rights. Public disclosure can also destroy a company’s trade secrets,” says Chatterjee. “Therefore, it is imperative for such businesses to have proper documentation including NDAs in place.”

Not conducting an IP audit

An IP audit could be a good starting point for reassessing IP risks and planning accordingly, says Hazel.

“Significant disruptions to your supply chain, customer base, revenue or labour force will inevitably serve up a new set of potential IP risks which you should mitigate. If you’re in a business that is heavily dependent on a portfolio of branded consumer products, for example, you will want to weigh up those that are critical to the ongoing success of your business and ensure you continue to protect these,” he says.

“Take stock of what IP you have, what is in the pipeline and prioritize what fits into your overall business strategy. If unused or underused IP is identified, consider if it can be sold or licensed without causing damage to your position.”

Aside from halting exclusive rights, abandoning an application or renewal may also prohibit the rights owner from enjoying many derivative rights in the long run.

“All steps necessary to maintain rights, options and priorities should be considered before deciding to delay or abandon a position,” says Hazel.

These questions must be asked: If those rights created your competitive advantage – or a good part of it – can you really afford to lose them? Are you undermining past investment by not protecting the outcomes now, even though times are tough?

“As the cliché goes, decide in haste and regret at leisure,” says Hazel. “You may save a few dollars today but lose essential market positions over the longer term.”

Small businesses also sometimes use third-party photographs or other content for marketing.

“In such circumstances, businesses should investigate if permission is required to use the material, identify the rights needed, and contact the owner for permission or a license. Startups need to ensure that the copyright permission or license agreement is in writing,” says Chatterjee.

Delaying legal action or sending a cease and desist letter without follow-up action will lead to a protracted dispute, not a prompt resolution.

“The passing of time may allow an infringer to invest in the infringing conduct, making it more likely that it will defend allegations of infringement and to argue that the rights owner has acquiesced to the behavior,” explains Hazel. “The dispute may then prove costlier to resolve than if it had been ‘nipped in the bud’ when the infringer would have been more likely to agree to re-brand or not launch an infringing product.”

Taking human resources and their knowledge for granted

Meanwhile, wholesale/retail trading and food and accommodation services were both in the top five industry sectors for 2018, according to the number of MSMEs. Both sectors are heavily impacted by the pandemic.

“These businesses, including startups, would most likely not think about IP, but more on how to survive or maintain their businesses or transform them into something that they can earn on,” says Editha R. Hechanova, president and CEO of Hechanova & Co. in Manila.

“The entrepreneur in this situation would be prone to immediately think of cutting cost and the easiest [thing] to do this is let go of some, if not all, of his employees or ask them to go on indefinite leave without pay,” she says. “Feeling guilty, the entrepreneur may just disregard employment contracts which contain non-compete clauses and put the IP of his principal and his own business at risk or forget to do exit interviews and check if there are NDAs in place.”

Slashing costs by letting go of employees should not be an instant solution. Staff who have been let go may transfer to competitors eager to fish for confidential information about the previous employer.

Instead, business owners and superiors should ask these questions about their staff: Are their contracts up to date and do they adequately deal with IP issues? Do they include appropriate and enforceable confidentiality and non-compete clauses?

Internal processes that help identify, capture and protect a company’s IP assets are also equally important. Therefore, they should be monitored.

Businesses should check the security of their communications and IT systems, especially since work-from-home-arrangements are now more prevalent. Is there a realistic risk of industrial espionage? Does a particular system have loopholes which may be taken advantage of by outside parties such as criminals and competitors? These are some of the questions that should be asked, says Hazel.

Hechanova says that healthcare firms, especially those engaged in developing diagnostic kits or remedies, are pressured to preserve ownership of these IPs. Hence, they may be reluctant about revealing their findings, especially if the product is still in its development phase.

“The IP owner is faced with the dilemma of helping out and making profits,” says Hechanova. “He should look for a balance that would serve the greater good without sacrificing his IP creation and the future of his business as well as developing and improving his invention.”