Scanteak makes it better by design 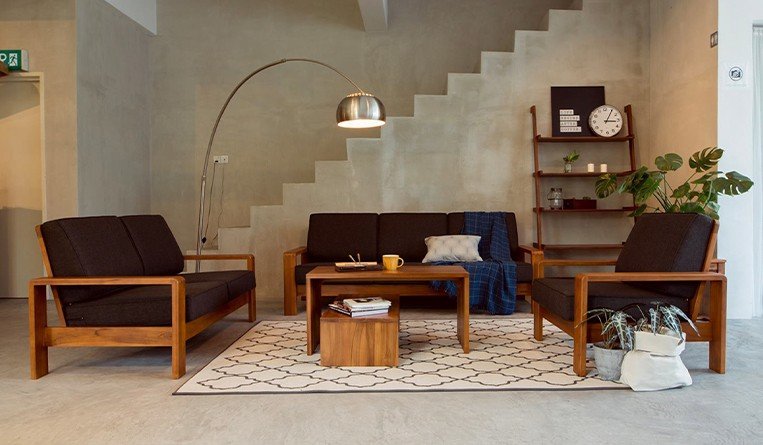 With all the importance the company places on design and market needs, where does IP come in? By Espie Angelica A. de Leon.

It takes inspiration from the qualities of Scandinavian furniture design – simple and uncluttered – while using mostly teak wood for its pieces. Teak wood is known for its durability and resistance to weather, moisture, rotting and insects.

With over 150 stores in Singapore, Taiwan and Japan, the company sources its teak wood material from Java, Indonesia, where the government monitors the number of trees cut down annually. Not only do suppliers adhere to Indonesia’s timber legality assurance system, the Sistem Verifikasi Legalitas Kayu, or SVLK, Scanteak products also undergo formaldehyde testing in Japan to make sure they are compliant with California Air Resources Board regulations and are thus good for the health.

Lim was part of the business track panel for the topic “Designs as the New Driver for Business Growth” at IP Week.

“The way that design is shifting I suppose is because of the way people’s lives are also shifting,” she said.

To illustrate, Lim mentioned Japan, where Scanteak has 13 showrooms, as an example. In Japan, houses are getting smaller. Hence, Scanteak’s design team, which is made up of three in-house staff and several outsourced designers, builds smaller and thinner furniture.

There is also the issue of aging populations.

In Japan, more senior citizens are looking for single beds that are flush against the headboard. These types of beds can be put together to look like one single bed, especially when they’re covered with the bedsheet. At the same time, the single beds may also be separated.

Lim said the reasons for such preference vary: the spouse may snore or come home late from playing mahjong, for example. As such, the other does not want to be disturbed as the spouse climbs into bed in the middle of the night.

“We never used to see this in the past. Two generations ago, we were more harmonious, we were less self-expressive,” she said. “But now it’s more like ‘Let me give you an option. I’m an independent woman, you’re an independent man. We live together, we love each other. But I can’t stand your snoring.’”

The aging population also influences how tables are designed. In the past, tables were thinner. Now, they have to be very sturdy because older people have to push against the table in order to stand up.

“So in the past, we did not have to make the table so sturdy. Sturdy is important, but not sturdy enough to take a whole person’s weight leaning on it. Then we have to start making sure the central gravity does not shift,” Lim said.

One of Scanteak’s most successful, if not the most successful, designer ranges is Prologue, which was launched in 2012. Prologue is the product of a collaboration with design studio Outofstock Design, composed of one Argentinian, one Spanish and two Singaporean designers. It is also the fruit of a design process for a product that will cater to the Japanese market.

The Japanese prefer thin furniture to fit into their smaller living spaces. So the team went to Japan to understand the people, empathize with them and to know what they’re looking for in their furniture items.

Two years later, Prologue was born, offering thin teak wood furniture pieces with sleek lines and curved edges. They do fit into smaller spaces, yet they retain the elements of comfort and practicality. Aside from tables, chairs and sofas, the collection also includes duo benches, swivel benches, tetra shelves and duo coffee tables.

The sales outcome was monumental. Prologue was a bestseller. What made it more awesome was that Prologue was never on put on sale, unlike other Scanteak products.

Topping off these achievements were the multiple awards won by Scanteak for Prologue. Among these were the President’s Design Award and the IPOS Award for Design Innovation handed out in 2015.

Out of the success of this first designer range came the launching of another – the Holm collection, also in partnership with Outofstock. Designed for families with young children and the elderly, Holm featured rounded surfaces and soft edges. It also proved successful in the market.

“Because of this we realized that design is not just something that looks good. If you do it right, with the right research,” Lim said, “it is a good problem solver.”

With all the importance the company places on design and market needs, where does IP come in?

The company does not patent all of its designs and items, Jamie said. They did patent a few for Prologue, though.

“What we do is for certain product designs that we feel are more iconic where we have special R&D, then we will try to patent or copyright or protect our IP for that. Prologue was patented because we really did a lot of R&D into how to make a piece of wood long and thin without breaking,” she said.

Scanteak spends more on filing for trademarks than for patents, Lim says. Currently, they have over 30 global trademarks.

“For designs, we just keep going forward. Like I said, there are many, many copycats,” she said.

During her presentation, Lim related how she once walked into a shop in another country without checking out the logo, thinking it was a Scanteak shop. It turned out to be a different store altogether. That was just one of several experiences which drove home the point that others are copying their ideas.

“You just get out of that store and make your store better,” was her advice to business owners planning to go regional.

Founded by her father, Lim Pok Chin, in 1974, the business started off as a 400-square-foot office in Joo Chiat under the name Hawaii Interior Decoration. After two years, the business already boasted two showrooms. In 1988, the Scanteak brand came into being to answer the needs of its growing clientele. The business has grown tremendously since then, increasing the number of showrooms in Singapore and expanding to Taiwan and Japan.

Lim took over the reins of the company in 2004. At that time, Scanteak had fewer than 50 showrooms, and only three in Japan. The number has since ballooned to more than 150 showrooms, including 13 in Japan.

“When I first started, I thought it was just kiasu. It’s a Singaporean term in Singlish. It means Singaporeans are always afraid of losing out,” she said.

“But in the course of time, I realized the importance of it because of some of the examples that are very clear – that they do come after us, they do copy things that are successful. And that’s when I realized that okay, IP is important. Maybe some IP are more important than others.”

Also on the panel was David Llewelyn, managing director of David Llewelyn and Co. and a professor at Singapore Management University School of Law and King’s College London, where he teaches IP law.

“When I looked at your presentation beforehand, I thought it’s a great case study about how there is a difference between inspiration and copying,” Llewelyn told Lim after her presentation.

Mentioning how the name of the company is Scandinavian inspired, Llewelyn said that some people from the IP world might point it out as an IP infringement. Yet in some cases, a product is copied and improved upon to create an entirely new product and trademark.

Llewelyn cited the cases of Lego, Apple and The Body Shop, design-based companies which got their start by copying someone else’s idea.

Lego founder Ole Kirk Christiansen got the idea from Harry Fisher Page, an English toy manufacturer who opened a toy shop in Surrey called Kiddicraft in the 1930s. Page designed and made an interlocking mechanism of wooden bricks which received a patent in the UK.

Thinking the unique brick toy was a good idea, Christiansen used a plastic extrusion machine, came up with a brilliant trademark, highly colored products, and eventually bought the rights to Kiddicraft in 1981.

“So Lego was based on copying and doing it better,” said Llewelyn.

Apple Records cried breach of settlement agreement. Again, the parties agreed on a settlement which resulted in iTunes adding Beatles music into its library.

“So Apple has traditionally copied, done it better. You read the Walter Isaacson biography of Steve Jobs and you read about how Steve Jobs walked around the Palo Alto Research Center. ‘Oh that’s a good idea, that’s nice graphical user interface.’ He copied it and did it better than anybody else,” said Llewelyn.

Mentioning the exchange of accusations of copying between Microsoft and Apple, Llewelyn said: “One needs to sometimes step back and realize how much of it is truly original as opposed to standing on the shoulders of giants who have gone before and making it better.”

In the case of The Body Shop, owners Anita and Gordon Roddick got the idea for their products from some hippies they came across during a visit to California in the late ‘60s, according to Llewelyn. The hippies were selling cosmetics and other facial products based on cucumber, mango and other natural products. The couple thought it was a good idea, brought this menu of products with them back to the UK and registered The Body Shop as a trademark.

“That again, especially if you are a user of Body Shop products, is an advance for humankind as a result of copying an idea which was not protected by IP rights, and then doing it better,” said Llewelyn.

There is always somebody who did something similar previously, he said, “but it’s a question of making it better, and design is one of the ways that we can do that.”