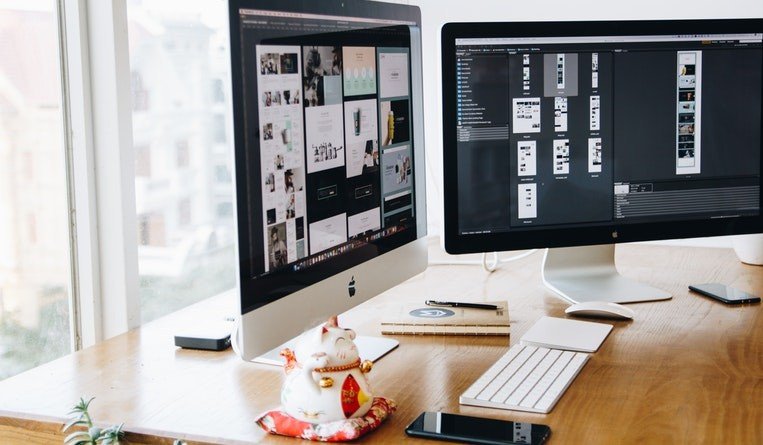 Omesh Puri sets out the basics of Indian design law, and provides key advice on how to avoid objections from the Design Office.

1. The filing of a design application requires seven views namely, Perspective view, front view, rear view, top view, bottom view and side views, without any extraneous matter in the background.

2. The drawings can be filed either in clear solid lines or coloured photographic views in higher resolution. No shadings, dotted or broken lines are allowed.

3. For claiming the whole portion or part of the features for the same article, there are two ways to file the application:

• File one application as a whole, showing all the features.

• A second application can be filed to claim part of an article by highlighting or pinpointing the novel features in the drawings.

4. Any amendment in the drawings in the prosecution stage should be consistent with the original drawings such that it does not include any additional features and the views remain consistent with each other.

5. The novelty statement should clearly indicate the claimed features of the article like shape, configuration or surface ornamentation or surface pattern. Further, a statement to disclaim the mechanical function, words, letters, numerals, trademarks appearing on the drawings should be included.

Under Indian design laws, a ‘design’ has been defined as “features of shape, configuration, pattern or ornament or composition of lines or colour or combination thereof applied to any article whether two-dimensional or three dimensional or in both forms, by any industrial process or means, whether manual, mechanical or chemical, separate or combined, which in the finished article appeal to and are judged solely by the eye.” A design does not include any mode or principle of construction or anything which is in substance a mere mechanical device. Any trademark or property mark as defined in Section 479 of the Indian Penal Code or any artistic work as defined in Clause (c) of Section 2 of the Copyright Act, 1957 also does not fall under the scope of design.

In order to protect a design in India, it must be new and original. “New” in this context means that the subject design must not have been previously published anywhere in India or in any other country in a tangible form or by use or in any other way. “Original” implies that the design should originate from the author of the design, but as a matter of fact, those old designs which are new in terms of application are also considered “original.”

Novelty is also a prominent element, and must be visible on the article and must have aesthetic and visual appeal. It is pertinent to note that the protection accorded to design is limited to the aesthetics features of the design and does not extend to the functional features.

Although the novelty requirement is absolute, the Indian Designs Act provides an exception in the form of a six-month grace period in case of disclosure of the design before filing. The grace period is available only if:

1. the design is disclosed, used or published in an exhibition notified by the government;

2. the exhibitor exhibiting the design or article gives prior notice to the controller of designs; and

3. the application for the design is filed within six months of the first exhibition of the design.

Design applicants have been provided an electronic facility for the filing of new applications to register a design. The foremost step in the process of design registration is the filing of Form 1, which includes: the applicant’s full name, address and nationality; the name of the article, the class number and an address for service in India. The application may be signed by the applicant or its authorized agent.

Along with Form 1, the applicant must submit the following:

1. two copies of the design;

2. a brief statement of novelty endorsed on each representation sheet;

3. the priority documents, in case of a convention application; and

4. a power of attorney, if the application is filed by an agent.

In order to protect part of an article, the applicant must ensure that each part of such article meets the requisite condition of being “capable of being made and sold separately.”

The Indian design law provides protection to a set of articles as well. A ‘set’ is defined as “a number of articles of the same general character ordinarily sold together or intended to be used together, all bearing the same design, with or without modification insufficient to alter the character or substantially to affect the identity thereof.”

The law does not provide any specifications regarding the number of drawings to be filed alongside an application. As per the rules, a design should be represented exactly in drawings, photographs, tracings or other representations of the design. Such representation should clearly depict the details of elements of the design which are sought to be protected.

In case of a claim for surface ornamentation, a photograph or computer graphic must be submitted. Further, to claim the shape and configuration of an article, it is advisable to file all basic views of the article (i.e., top and bottom, front and back, left and right side and perspective views). It must be noted that dotted lines are not acceptable.

The Design Office conducts both procedural and substantive examinations. It conducts a novelty search in the database of earlier designs applied for, registered and published in India. Further, the representations of designs are thoroughly examined to ensure that they clearly exhibit the claimed features of the design. The examiners also scrutinize the class of the article to which the design is applied and whether it is capable of being sold separately.

In case the applied design does not meet the legal requirements, an office action is issued, around one to two months after the date of filing. The applicant has to respond to such office action within six months from the date of filing of the application. This period can be extended by three months, provided that a prior application seeking such an extension is filed with the controller of designs. In exceptional cases, where it is not possible to show the design by way of representation, the Design Office may request the submission of a sample of the article.

As far as the Design Office’s procedural objections to design applications are concerned, they usually include a request for a power of attorney, clear drawings and certified copies of the priority documents. In cases where the highlighted defects are not rectified, the applicant is heard in person, which is followed by the controller’s decision. Such decision is communicated in writing to the applicant or its agent.

Pursuant to the examination and acceptance, the design is registered in the Register of Designs and a certificate of registration is generally issued within three months of acceptance. Thereafter, the registration is published in the Official Journal.

A registered design is protected for 10 years in India from the date of the application, which can be extended for a further five years on payment of an extension fee.

It is pertinent to note that the Design Office rarely objects applications on the basis of substantive grounds such as novelty and originality; therefore the applicants must ensure that the correct procedure is followed in the prosecution stage, which will enable speedier examination and reduce the delay in registration.

A design registration gives the registered owner the exclusive right to apply a design to the article in the registered class. Further, by virtue of the registration, the owner can file an infringement suit and protect its rights against third parties.

Indian law provides civil remedies to registered designs against infringement, including interim and permanent injunctions, as well as damages. Such civil action enforcing a registered design can be filed before the district court where the defendant resides or conducts business or where infringement has taken place. The infringer can avail the defences of non-infringement as well as invalidity of the design on the grounds that the design lacks novelty, is indistinguishable from a known design or contains scandalous matter. In case, the infringer claims the defence of invalidity, the suit is transferred to the high court with jurisdiction over the concerned district court.

The act mandates that the registered owner of a design should mark the article with the word ‘Regd’ or ‘Registered’ and the registration number, except in cases of textile designs and articles made of charcoal dust. The design owner cannot claim damages in the absence of such mark from the article.

Indian courts regularly deal with design infringement matters and a robust body of case laws lays down the established legal principles. Similar to trademarks, an unregistered design may be protected under the common law tort of passing off, if it has become distinctive due to long and continuous use. In order to claim such remedy, the design owner must establish that the design had become distinctive in respect of such goods due to long and continuous use.

Designs may also be protected under the Copyright Act, 1957 if such design is not registered under the Designs Act. However, in such cases protection is limited and expires once the design has been applied to more than 50 articles by an industrial process.

A special bench of five judges of the Delhi High Court, in its judgment in Carlsberg Breweries v. Som Distilleries and Breweries, held that a composite suit for two distinct causes of action – one for infringement of a registered design and the other for passing off – is maintainable. In this case, both the causes of action originated from the same fact, i.e. the sale or offer for sale by the defendant of their products. Since the plaintiff approached the court regarding the action for passing off and design infringement due to the aforementioned sale or offer for sale, the court stated that such cause of action cannot be split. It further noted when the claim for design infringement is prima facie weak, on the basis of same set of facts; the court can provide relief to the plaintiff in form of a passing off action.

In another significant case, Vega Auto Accessories (P) Ltd v. SK Jain Bros Helmet (I) Pvt Ltd, the Delhi High Court held that the registered proprietor of a design could not use the invalidity or prior publication of the plaintiff’s design as a defence in a suit for design infringement.

The court noted that once a party has filed an application – claiming that its design is new or original, has not been published before and is distinguishable from known designs – the party cannot oppose the claim for infringement by a prior registrant on the ground that such prior registrant’s design is not novel or original. It was thus held that where the plaintiff has prior registration of a design, and the defendant is the registered proprietor of a design that has infringed registered design of the plaintiff, the defendant is estopped from pleading invalidity of the registration in favour of plaintiff.

Omesh Puri is an associate partner at LexOrbis, where he heads the trademark, design and copyright practice of the firm. In his more than 11 years of experience, he has undertaken a wide array of assignments in prosecution and enforcement of intellectual property rights and regularly advises on complex commercial and IP transactions. He has noteworthy experience in representing clients before the Intellectual Property Appellate Board and IP offices. His current focus, along with IP prosecution and contentious matters, is advisory services to the technology and media and entertainment sectors, including on transactional aspects.