Innovation and IP offices: Into the future at IP Week @ SG 2019 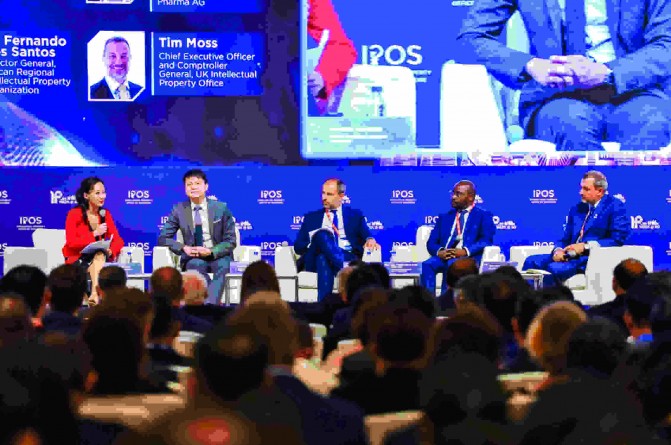 IP Week @ SG 2019 underscored the need for IP offices around the world to step up and be in sync with the quickening pace of technological developments.

The last decade saw advances in technology and the emergence of new ones. Countries are now in the thick of innovation activities, pouring funds for investments and R&D. In 2017, global R&D expenditures amounted to US$1.7 trillion – the highest ever.

What is interesting is that Asia has been participating actively in these innovation efforts.

Asian companies have quadrupled their investments in R&D in the last 10 years. In fact, the list of top 10 most innovative companies in the world include four from Asia. The region likewise contributes about two-thirds of the total number of IP filings in the world.

“Asia has become a hub for innovation. Last year, 44 percent of global R&D expenditures was based in Asia,” INTA president David Lossignol said. Lossignol spoke at the first plenary session for IP Week titled Beyond Regulations: IP Offices of the Future, held on August 27.

China even became one of the world’s biggest R&D investors just a couple of years ago, according to Daren Tang, chief executive of IPOS.

Aside from Asia, Africa is also increasing its efforts.

“The economy is being driven by innovation,” said Tang during the plenary session, citing that more countries are now turning to innovation for enterprise growth and economic advancement.

With this spike in technological developments, it is inevitable that IP offices keep up to ably support innovation and meet the demand for IP protection.

For Lossignol who also leads the trademarks, domain names and copyright team at Novartis Pharma, the rate of technological expansion makes it difficult to predict the future.

“They happen faster than ever before,” he said. “Nevertheless, to effectively protect and advance trademarks and brands and protect consumers that rely on them and to remain relevant, the global IP community must look to the future.”

They should look into the trends that affect IP offices, the brands they protect and the consumers, he added. One such trend is the changing behaviors of consumers.

“No doubt IP offices can and should play a key role in nurturing and promoting innovation. And of course, the opposite is true. Innovation also plays a role in IP offices,” said Lossignol.

But educating people about IP and its value is also important, he said.

Moss said that their office registered more designs than patents in the UK in 2018. “The whole design community has grown dramatically in size, giving huge amount of value to the UK economy,” he said. “But I think there are some issues emerging. Some of the questions are around AI.”

According to Moss, among these questions on AI is whether we have the right kind of protection for it.

To this question, the answer may lie in blockchain technology. “It’s evidence of what we have created and when. Blockchain is very useful for this. It’s a great way of gathering evidence,” said Lossignol.

In any case, Moss believes the IP regime indeed has to develop. First of all, more people should know more about the concept of IP.

“We need to make IP mainstream. Everybody creates something though one may not have created the latent invention,” he explained.

Though IP Week @ SG 2019 showed the importance of innovation for profit and growth, the event also highlighted the fact that innovation serves another purpose.

At the third plenary session held on August 28, Ant Financial Services Group vice president and chief IP counsel Benjamin Bai said that Alibaba has a monetary rewards system to encourage employees to innovate. Ant Financial is an affiliate of the Alibaba Group.

The rewards system however is not important, said Bai during the plenary session titled The Asian Century: Powering Growth with Innovation.

“We hire people with shared goals,” he said. “If you are driven by a vision and you want to achieve something great, come join us.”

Bai explained: “We don’t just necessarily innovate for profit. We do the right thing. For example, some of our R&D engineers over their weekends use a face recognition system to track lost children in China. That is done over the weekend with no one asking them to do it. It’s just the right thing to do. This system got adapted in China and many lost children were found very quickly. So this has nothing to do with profits. No [one from] management told the kids to do it but they did it.”

Explaining further, Bai said that it’s because the Alibaba staff is composed of people with shared values. They want to do anything, big or small, for others.

“It sounds cliché,” said Bai, “but if you have people like that, innovation is easy.”