The government of Pakistan is attempting to establish new rules governing social media content, though the rules were suspended after being roundly criticized by stakeholders.

In January 2020, the government of Pakistan passed a new set of regulations called the Citizens Protection (Against Online Harm) Rules, 2020, which requires social media platforms such as Facebook, Twitter and Google to remove or block posts that are considered objectionable by the government. Under these rules, social media companies are required to remove flagged content within 24 hours under regular circumstances and six hours in case of emergencies.

These rules are intended to monitor and mitigate online content that has to do with terrorism, extremism, hate speech, fake news, incitement to violence or national security. Additionally, under the said rules, the social media companies are required to establish a permanent registered office in Pakistan with a physical address located in Islamabad and establish one or more database servers in Pakistan to store and record data and online content.

However, these rules received criticism from various local and foreign stakeholders including the Asia Internet Coalition, following which the rules were suspended and the Prime Minister directed for a committee to be formed to solicit a broad-based consultation on the rules with all stakeholders.

According to Nargis Ahmad Khan, an associate at Vellani & Vellani in Karachi, this restriction targets cyber-crime and provides protection against terrorism, extremism, hate speech, fake news and incitement to violence. She adds that IP rights, on the other hand, are not covered under the Prevention of Electronic Crimes Act, 2016 (PECA) nor covered under the suspended Rules.

“However, when marketing or advertising on social media, each person is required to obey the restrictions set out under the PECA, Indecent Advertisements Prohibition Act, 1963, (which prohibits publication of advertisement which is indecent), Consumer Protection laws (which prohibits false and misleading representations), the Trade Marks Ordinance, 2001, (which includes provisions regarding comparative advertisement), the Competition Act 2010 (which includes provisions regarding deceptive marketing practices), the Pakistan Electronic Media Regulatory Authority Regulations Ordinance 2002 and the rules framed thereunder,” she says.

Restrictions contained in PECA are unlikely to be instrumental in controlling online infringement or sale of counterfeits but having restrictions aimed at the curtailment of fake news, particularly, during the outbreak of Covid-19 pandemic are beneficial.

In late July 2020, media sources reported that the country’s telecommunications regulator had given TikTok its “final warning” over “vulgarity and immorality.” TikTok started as a competitor to platforms like Instagram and Snapchat, but quickly gained steam as a video streaming platform after Kevin Mayer was named COO of Chinese tech firm ByteDance and CEO of TikTok, the company’s mobile video platform. Mayer was head of Disney’s direct-to-consumer and international teams, a position he had held since its founding 2018. Mayer oversaw the launches of Disney+, ESPN+ and the integration of Hulu with those two products.

Although many countries have objected to security and privacy issues surrounding TikTok, Pakistan’s objection is apparently only content-based.

In a statement, the Pakistan Telecommunications Authority (PTA) said: “PTA has decided to issue final warning to TikTok to put in place a comprehensive mechanism to control obscenity, vulgarity and immorality through its social media application.”

“During such challenging times, it is important to offer the correct information to the public,” Khan says. “However, despite having such provisions in place, we have unfortunately witnessed news on social and electronic media which news on various occasions was incorrect, exaggerated and at times, fabricated to create further panic among the public at large.”

She adds that laws which restrict the spread of fake news, hate speech, defamation, propaganda and other cyber-crimes is a positive step for businesses and individuals in Pakistan.

“Since the Prevention of Electronic Crimes Act, 2016 keeps an eye on cyber-crimes and social media content which is considered illegal, this will mitigate propaganda, defamation and hate speech which will protect both local and international businesses as well as individuals,” she says. 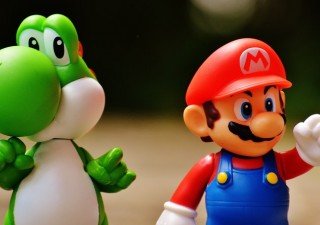 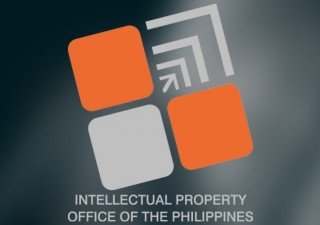