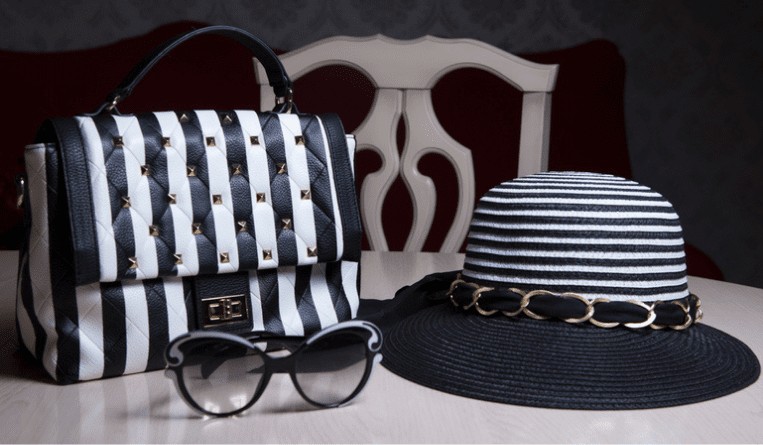 The global second-hand market for clothing, footwear and accessories is approaching US$40 billion, a figure that has the attention of luxury goods manufacturers, attendees of the first Luxury Digital Law Day webinar heard on June 11, 2021.

The event, sponsored by the Digital Law Center in Geneva, examined issues of branding, sustainability and intellectual property law facing the luxury goods sector. Asia IP attended a session of the event titled Sustainability and Digital Marketing in the Luxury Economy: Business and Legal Issues, which was moderated by Irene Calboli, an academic fellow at the University of Geneva and professor at the Texas A&M University School of Law, and Giangacomo Olivi, a partner at Dentons in Milan.

Sustainability and the second-hand market go hand-in-hand, said Isabelle Chaboud, an associate professor and director of the fashion, design and luxury management programme at the Grenoble School of Management. “The second-hand boom shows high demand from millennials and Gen Z. This trend has accelerated.”

The boom, she said, is linked to an item’s affordability and the buyer’s purchasing power, but millennials and Gen Z purchasers are also drawn to the sustainability aspects of the second-hand market. “You can buy a luxury brand at a much better price on the second-hand market,” she said, “but it’s also linked to environmental consciousness. You can give a second life to a pre-loved items, and buying a pre-loved bag can reduce your environmental impact by up to 91 percent.”

Olivi pointed to studies showing that as many as 88 percent of millennials say that businesses “need to do more good – and not just less bad.”

Chaboud noted that buyers are also drawn in by the uniqueness of many of the items found on the second-hand market: “Many of the items sold this way are one-off pieces or pieces only worn once.”

Three potential new circular business models are emerging for luxury fashion goods, she said: subscription rental, where a client would return a rented item in order to receive a different item; recommerce, or reverse commerce, in which the owner of an item would sell it to a buyer who would repair, then reuse, recycle or resell the item, a model which has already taken root with electronics and media; and rental, either for a short time or a single event. Chaboud noted that young women in China are already popularizing this model, particularly young women in the public relations business, who are expected to always wear something new and fashionable.

The sustainability piece of the circular economy remains challenging for many brands. “There’s no unique and comprehensive definition to the word sustainability,” says Giorgia Armanni, legal director at Stella McCartney in Italy. “It’s like an elephant in a room, huge and difficult to approach. But it’s more than that. It’s the raising of the bar, the pushing of boundaries. It is a continuous improvement process, a way of working that considers its environmental and social impact.”

Julie Zerbo, founder and editor-in-chief of The Fashion Law, concurred. “A lot of brands are still trying to figure out their strategy. They’re not helped by the fact that, in many cases, there aren’t legally established definitions for words like sustainability, eco, green or even recycled. There’s a lot of uncertainty in this space, but brands can’t afford to sit this out, either,” she said.

Part of being a sustainable business is keeping an eye on everything you’re doing as a company, said Franziska Gsell Etterlin, chief marketing officer and sustainability chair at IWC Schaffhausen, the maker of Swiss luxury watches.

“To describe the journey and to describe our guiding thoughts, from the catch hook to the wrist, everything we do with this product has to be done responsibly,” Etterlin said. “Yes, we have a sustainable product that lasts forever, but all that goes into the product has to be responsibly done. And there, the journey really starts. We’re a company that’s 150 years old, and if you want to be sustainable and responsible, you have to look into every little step.”

Etterlin says the company keeps itself on track creating objectives and targets for a two-year cycle, and then transparently communicating those objectives and targets through all of its channels. “We have a sustainability report which we launch every second year. The idea [behind publishing] this report is really to foster the dialog, because [with dialog] you become better and better in your journey.”

The company has a sustainability committee in which departments are represented by their most senior leaders. “This helps us to make sure that we are fully aligned with what we want to achieve,” she says. “Sustainability and responsible goals are often not the most comfortable ones, because you have to challenge what you did, and find new ways to approach. It needs senior leadership and the CEO to push it through.”

Etterlin emphasized that, to be successful, sustainability cannot be the responsibility of just one person or one department. “We have a very gifted sustainability person here, but if she were alone in her own little world, she could not push this through in a big organization like ours,” she said.

She relayed a conversation from the executive committee in a product strategy meeting, in which the committee agreed that sustainability is now “an important pillar in everything” because of feedback from customers. In March 2021, IWC launched new watchbands under the TimberTex brand, made of 80 percent plant fibres – essentially paper – sourced from trees that are Forest Stewardship Council (FSC)-certified and are grown in the non-profit’s sustainably- and responsibly-managed European forests.

“That’s in response to a change in people’s demands,” Etterlin said. “The power of the client [is evident]. You push us by asking the right questions, by asking what material is that, and it’s not just alternatives to leather. You also want to know, when I don’t use it any longer, how can it easily [enter the re-commerce stream]? That’s the circle economy. We look at what you’re doing, and what you want.”

Luxury goods makers have their eyes on China, says Caroline Berube, managing partner at HJM Asia Law in Singapore, because China is poised to overtake the United States as the world’s largest fashion market.

Chaboud said the second-hand market globally is expected to grow by 15 to 20 percent, with the pre-owned market accounting for 10 to 20 percent of the luxury market by 2030. Main players in the luxury resale market include The RealReal, an online and brick-and-mortar marketplace for authenticated luxury consignment, and the Vestiaire Collective, an app “for desirable pre-loved fashion,” but Chaboud says that others, including Place2Swap, are making inroads to the circular economy.

Zerbo said that as the resale market develops, some brands are taking the opportunity to more effectively engage in the protection and the use of their trademarks in the resale space by becoming more involved with the market itself.

“Chanel filed cases against What Goes Around Comes Around and The RealReal. “There was a trademark element to the cases, but, also, Chanel claimed that the resellers are trying to create an impression that Chanel is linked to the company,” Zerbo said. “Cases like these shed light on the tension that exists in this space.”

Part of the circular economy involves modification of luxury goods, known as “repair and resell,” Zerbo says. “There are examples of brands doing it in-house – IWC with watches, Hermès with its bags – but issues arise when the trademark is still on the modified good. Chanel has argued that What Goes Around modified bags and failed to alert consumers about those modification, giving rise to potential infringement issues.”

Zerbo also highlighted Nike’s recent action against MSCHF, the Brooklyn company that injected red ink – along with a drop of human blood – into the sole of Nike Air Max 97 shoes before adorning them with Satanic imagery and selling them.

“Nike was, to put it mildly, not pleased,” she said. “It turned into a trademark infringement and dilution case that was swiftly settled.”

A total of – what else? – 666 pairs of Satan Shoes were produced by MSCHF and promoted by rapper Lil Nas X. They sold out in less than a minute in March 2021. MSCHF’s selling price was US$1,018 a pair, but the resale market has seen sellers asking for up to US$15,000 for a single pair of size 8 Satan Shoes.

In April 2021, Nike reached a settlement with MSCHF that involved the voluntary buyback of both sets of shoes by MSCHF “In both cases, MSCHF altered these shoes without Nike’s authorization,” Nike said in a statement following the settlement. “Nike had nothing to do with the Satan Shoes or the Jesus Shoes.”