Whose honey is Manuka? 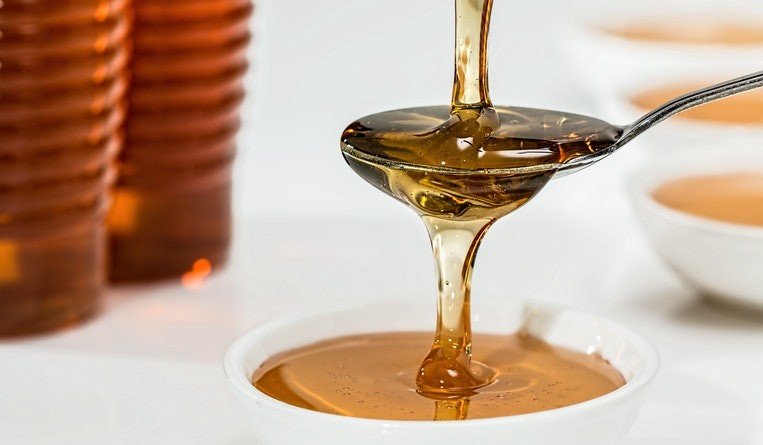 As in a love triangle, two parties are fighting over one thing. Both claim this one thing is theirs. But one of them is saying it is his and his alone.

The warring parties are New Zealand and Australia. The object of their “desire” – honey, manuka honey to be exact.

New Zealand’s manuka honey is made from bees that feed on the Leptospermum scoparium plant, also called the manuka bush. It is a US$220 million industry each year, with the product costing around US$100 for 500 grams. The honey is known to have medicinal, health and beauty benefits.

Meanwhile, honey producers in Australia are also putting manuka honey in the market.

Now, honey producers from these two nations are locked in a court battle for the right to sell manuka honey.

According to New Zealand’s honey makers, real manuka honey comes from New Zealand alone and only they can sell it. They add that the Australian product is sourced from the manuka bush and other plants in the same genus and is therefore inferior to their own.

Their Australian counterparts argue that their honey is also high quality. They even have a five-year scientific study to prove it. The study involved samples of honey and nectar gathered from various parts of Australia. Findings from the study indicate that seven of the numerous Leptospermum species in the country produce honey with “exceptionally high levels of antibacterial activity.” The rest showed “therapeutically beneficial activity.”

New Zealand’s manuka honey producers have applied to trademark the product in Great Britain, the United States, China, the European Union, their own country and others.

Their Australian counterparts are now trying to stop these trademark applications.

Kellech Smith, a partner at Ashurst in Sydney, says that applying for a trademark will not necessarily stop an Australian honey manufacturer from selling the product.

“Irrespective of trademark rights, the actions of the New Zealand honey producers will not prevent someone selling the product itself. They can only impact the way the product is described or labelled by reference to the word ‘manuka.’ Australian honey producers would remain free to develop a new name for the product and market it as having specific desirable qualities – as long as this is truthful – which consumers would in time come to recognize as consistent with the qualities of the product they know now as manuka honey,” says Smith.

“The certification mark regulations require the honey to be Leptospermum scoparium honey that may lawfully be named ‘manuka honey’ in accordance with the requirements of the laws of New Zealand and the honey to be produced in New Zealand,” says Elena Szentivanyi, a director at Henry Hughes Intellectual Property in Wellington. “Under the regulations, ‘Produced in New Zealand’ means (a) that New Zealand was the country of origin of the honey; (b) the beehives from which the honey was extracted were located in New Zealand; and (c) all or virtually all processes involved in the production or manufacture of the honey were carried out in New Zealand. Therefore, honey made by Australian-based honey producers would not comply with the regulations and cannot be legally called manuka honey in any country in which the certification mark is registered.”

However, Smith says MHAS’ application to register the certification mark for manuka honey in Australia lapsed in 2017.

The term ‘manuka’ itself is a point of contention.

According to Szentivanyi, “manuka” is a Māori word and is the common name for Leptospermum scoparium. She adds that in the pre-acceptance hearing, Jane Glover, assistant commissioner or Trade Marks and Patents with the Intellectual Property Office of New Zealand and Carol Bennett, a hearing officer at the UK IPO, agreed that manuka is indeed a Māori word and thus refers to New Zealand produced honey. (Glover has since returned to private practice as a barrister practicing from Sangro Chambers in Auckland.)

Meanwhile, Australia is home to over 80 species of the Leptospermum genus. There, the common name for Leptospermum scoparium is tea tree, not manuka.

However, Smith says that while manuka is a Māori word, it does not refer to a specific geographic location. Plus, the Māori Research Institute has given the green light for Australians to use the word.

“If it is scientifically correct that the Manuka tree grows in both countries – and there is ongoing debate about whether the trees are in fact the same – then it would seem that true manuka honey could come from both countries,” she says.

But if Australia’s honey producers are stopped from using ‘manuka honey’ in their labels, not only will they lose out on sales to New Zealand’s manuka honey, but they will also suffer from the high cost of rebranding their products, Smith says.

“This could impact their revenue for many years. Obviously, it is very important to the industry to get this right and given the ongoing scientific debate about what true manuka honey is, preventing one association from obtaining a monopoly in the term ‘manuka honey’ at this stage is sensible,” she says.

On the other hand, Szentivanyi believes the only way that MHAS can protect the name manuka honey is as a certification mark.

“Given the composition and geographic source of manuka honey, it is perhaps better suited to being a protected geographical indication,” she says.

A lawyer in Manila explains why companies may want...

The case concerns LinkedIn and hiQ, a data analyti...