Former Spice Girl Victoria Beckham has lost the first round of a trademark battle with Australian skincare brand VB Skinlab in relation to two of the company’s pending Australian trademark applications for the “VB” brand filed in March 2018.

VB Skinlab had applied to register the marks “VB SALON” and “VB SKINLAB” in order to market beauty salon services, skincare products, and cosmetics, according to Keisha Phippen, an associate at K&L Gates in London, who wrote about the case on the firm’s IP Law Watch blog. The applications were opposed by Victoria Beckham, who claimed that the marks were likely to cause confusion with Victoria Beckham’s own ‘VB’ cosmetics collection amongst consumers.

“Although the VB mark was not registered in Australia, it was claimed that Victoria Beckham ‘extensively used and promoted the VB word mark in Australia and overseas in relation to various beauty and fashion related goods, including cosmetics,” Phippen wrote. “Whilst the hearing officer acknowledged that Victoria Beckham has a distinguished reputation in her VB brand for fashion and accessories, the hearing officer concluded that this could not be extended to the cosmetics and skincare sector, particularly given the limited sales figures provided by Victoria Beckham’s counsel in this regard.”

Beckham has since filed an appeal with the Australian Federal Circuit Court.

A full copy of the decision can be found here. 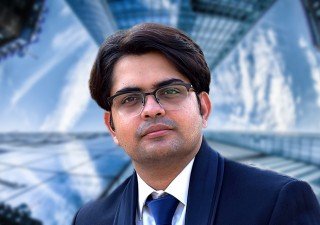