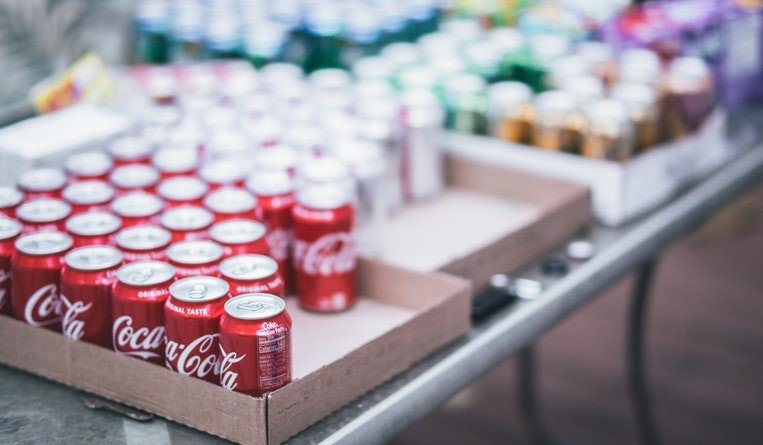 Singapore’s Ministry of Health has recently introduced measures to require manufacturers to affix “front-of-the pack” nutrition labels for less healthy pre-packaged sugar-sweetened beverages. The sugar-sweetened beverages are assigned a grade based on their nutritional level, in particular sugar levels and the amount of fat and trans-fat, which are colour-coded and reflected on the nutrition labels.

Furthermore, the Ministry of Health also seeks to ban advertisements of the sugar-sweetened beverages that are given the lowest grades under the labelling scheme on all mass media channels and online channels in Singapore.

According to Kala Anandarajah, partner and head of the competition and antitrust and trade practice at Rajah & Tann in Singapore, the requirement is for nutrition labels to be affixed on the packaging of sugar-sweetened beverages is to enable consumers to identify the less healthy beverages and, in turn, make more informed and healthier choices.

“The nutrition label operates as a warning label against the least healthy products, providing a clear indicator for products to avoid,” she says. “We believe that this requirement for more explicit nutrition labelling is a good first step to increase consumer awareness and promote more responsible behaviour amongst consumers alike, before more drastic measures are adopted to reduce the population’s intake of sugar in drinks. Sugary drinks, when taken at a young age can have lifelong consequences for the health of children; hence, this is to be welcomed.”

Drinks that were above the sugar limit and are affected include Coca-Cola’s A&W sarsaparilla; Schweppes bitter lemon and Fanta Strawberry; PepsiCo’s Mug root beer and Mountain Dew; Pokka’s soursop juice drink and guava juice drink, as well as partner brands that it manufactures for including Kickapoo, Sinalco and Green Spot; and Yeo Hiap Seng’s tamarind juice drink.

The Ministry of Health at that time said the move could potentially reduce sugar consumption from these beverages by about 300,000 kilograms per year. The announcement came on the heels of Prime Minister Hsien Loong Lee’s 2017 National Day Rally, at which he urged Singaporeans to cut back on sugary drinks, as they are significantly increasing their risk of diabetes by having such drinks.

The ministry undertook an eight-week public consultation on managing such beverages, hearing from businesses as well as the public at large and eventually arrived at the above decision. The process also involved extensive reviews of both international and local evidence regarding such measures, which are being put in place as part of the government’s war on diabetes, which is a major health problem in Singapore, to cope with the rapidly ageing population.

Predictably, concerns from those in the intellectual property community have been raised of a feared move toward plain packaging in connection with sugary drinks, and the slippery slope it could lead to involving tobacco products other unhealthy foods. “Whilst I fully understand the government’s grave concerns about addictions and health issues related to heart and lung disease and diabetes, and I support measures to address those, a balance has to be struck with other relevant concerns which include those of an economic in nature. Tied with that are the intellectual property rights and other intangibles of brand owners,” says Francine Tan, director of the Francine Tan Law Corporation.

She continues: “Singapore has branded itself and gained in stature on the world stage as a regional IP hub, which strongly supports the recognition, protection and enforcement of IP rights. It has effective laws in place and a highly-respected court and enforcement agencies. The implications for brand owners who have made huge investments not only into building up brand recognition, loyalty and trust, but also in R&D, would be severe and therefore should be taken into account. Some studies – for instance, from Brand Finance – on this issue show that there may be larger economic impact that results from restrictions on the scope of intellectual property rights.”

Tan posed several questions with regards to the concerns on the IP front, particularly regarding tobacco products, but which she notes are also applicable to food items. Tobacco products have already faced plain packaging restrictions in many jurisdictions – and will only be sold in standardized packaging with enlarged graphic health warnings in Singapore from July 1, 2020.

First is the issue of counterfeits. “How can the customs authorities and other enforcement agencies handle the anticipated problems associated with counterfeits since it would be much easier for counterfeits to be produced?” she asks. “And what of the health issues related to the purchase by unwitting customers who buy counterfeit and inferior-quality cigarettes, since they are unable to discern one plain packaging of their preferred brand from another?”

Second, how will a brand owner of a product which has developed a new logo for instance, which is used and registered overseas, seek registered protection of its logo in Singapore?

“There can be no use nor an intention to use the logo on tobacco products in Singapore; use or an intention to use are ultimately basic requirements for the securing of a trademark registration in Singapore,” says Tan. “The TRIPS Agreement states that ‘the nature of the goods or services to which a trademark is to be applied shall in no case form an obstacle to registration of the trademark.’ At the same time, the Singapore Trade Marks Act requires applicants to state that the trademark is being used in the course of trade in relation to those goods or services; or that the applicant has a bona fide intention that the trademark should be so used. The hypothetical tobacco products brand owner will not be able to apply for nor register the logo in Singapore. This means an absence of registered trademark protection for the logo in Singapore. This provision seems inconsistent with the TRIPS Agreement and Singapore’s commitment to protect IP rights. It is hoped for issues like these to be addressed.”

Is banning sugary drinks the next step?

Along with the scheme for tobacco plain packaging, many are now calling for the banning of sugary drinks such as soda, or even junk food and other unhealthy products. So is this the next logical step?

For Tanya Tang, a partner at Rajah & Tann in Singapore, her team does not see the steps taken as a step towards banning sugary drinks and junk food.

The industry has also disagreed with the introduction of a nationwide ban, as consumers could easily substitute banned sugar-sweetened beverages with alternative sources of sugar.

Instead of banning sugary food and junk food, Anandarajah proposed other next steps that may include the following suggestions:

“Our view is that an outright ban will lead to counter-productive efforts to circumvent the ban, and lead to illegal activity associated with the sale and consumption of the banned substance,” says Anandarajah.

This proposal of plain packaging for sugary drinks and other unhealthy products comes after the amended Tobacco (Control of Advertisements and Sale) Act (Tobacco Act) and Tobacco (Control of Advertisements and Sale, Appearance, Packaging and Labelling) Regulations 2019 (Tobacco regulations) that require all tobacco products to have standardized packaging and enlarged graphic health warnings. The aim of the new laws on using plain packaging for tobacco is really to reduce the appeal and attractiveness of both the packaging and tobacco itself and also to remove packaging as an avenue for advertisement and promotion. As a whole, the new laws are also in line with Singapore’s existing tobacco control measures to discourage smoking, such as taxation, bans on tobacco advertising, point-of-sale display ban and the minimum legal age for tobacco.

The result of this new law is that plain packaging of tobacco is already considered a success. More and more countries are now adapting this law into their system: the United Kingdom, Ireland, New Zealand and Norway are already in full implementation; Hungary, Saudi Arabia, Slovenia and Uruguay, meanwhile, have varying stages of implementing standardized packaging. Canada recently concluded a public consultation on the draft specifications on the proposed measure. Burkina Faso, Georgia, and Romania have also passed enabling legislation for standardized packaging, but have yet to announce the date for full implementation.

Other countries considering standardized packaging at the legislative or governmental level include Brazil, Chile, Ecuador, Panama, South Africa, Sri Lanka and Mauritius. In Asia, Thailand was the first country to implement plain cigarette packaging with effect starting last December. Malaysia is also reportedly considering introducing plain packaging for cigarettes, as it was part of the World Health Organization’s Framework Convention on Tobacco Control, to which Malaysia became a party in 2005.

“Given that this requirement is part of the World Health Organization’s guidelines, we expect more countries to adopt such measures over time,” Anandarajah says.

With these laws in place, experimental studies have shown, in fact, that plain packaging is perceived by consumers – in particular, younger consumers – as “dull and boring” and cheap-looking, and thus may reduce the flair and appeal associated with smoking.

In Singapore, a study carried out by the Health Promotion Board (HPB) to assess Singaporeans' perceptions of current and plainer cigarette product packaging found that the current cigarette pack designs influence both smokers’ and non-smokers’ perceptions towards various attributes of the cigarette packs. The findings are as follows:

The tobacco industry also reported on some of the effects of the plain packaging law in the United Kingdom, noting that some may similarly apply in Singapore:

Given all of this information, lawyers note that it still remains to be seen whether sugary drinks and other products will follow the route on plain packaging.

Courts in Australia may be mostly closed, but they...

As most workers around the world have turned their...