Trademark licensing and franchising in Cambodia 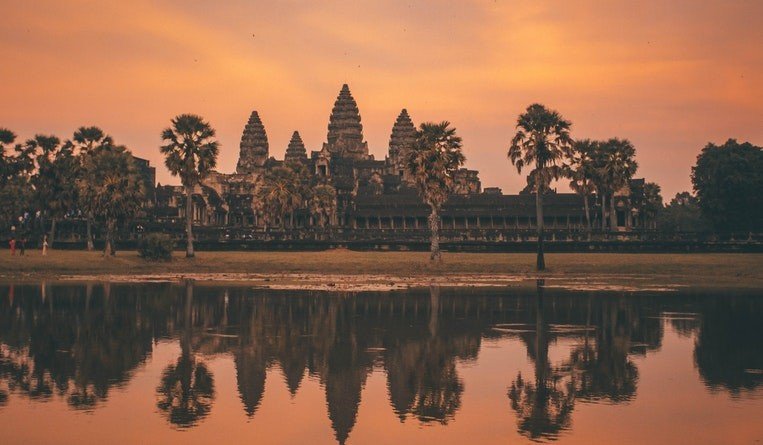 As Cambodia’s economy has developed, world-class brands have come to the Kingdom across a wide range of industries. Khieu Mealy, Chhim Leakena and Mary Sonita explain how parties to licenses and franchises can all fully exercise their rights.

By virtue of its free market economy, Cambodia, despite its relatively small market and population in the region, has been enjoying the luxury of playing host to many world-class brands from a wide range of industries, such as food, beverage, and apparel. Expanding a business does not always solely rely on the brand owner themselves, as they often can recruit other entrepreneurs to help via licensing and franchising. This business model has played a significant role in shaping Cambodia’s modern lifestyle, and has recently captured the attention of young entrepreneurs throughout the country. Any license or franchise relationship starts with a trademark or service mark. However, only having the mark will not satisfy all the necessary legal requirements if the licensor or franchisor would like to fully exercise their rights. The licensee or franchisee or any interested persons shall also take into account the legal requirements, procedures, and relevant stipulations in order to legalize and protect their businesses against any potential third-party infringers.

License and franchise relations are governed under a specific regulation that was enacted on January 13, 2020: the Declaration on Recordation of License and Franchise Contracts by the Department of the Intellectual Property Rights of the Ministry of Commerce. This declaration was promulgated with the purpose of strengthening intellectual property rights protections, technology transfers, investment expertise skills, business operations and fair competition in the Cambodian market. Only by complying with the recordation process of this declaration can a licensee or franchisee be legally granted the rights to act against a third party.

According to the declaration, the term licensing refers to an agreement whereby the owner of a registered or pending mark in Cambodia leases the licensee(s) to use that mark by consent either for commercial or non-commercial purposes and parties are bound by the terms of that contract. Franchising refers to a type of contract whereby the business owner (franchisor) invents a business model and authorizes another person (franchisee) to use their business model either for commercial or non-commercial purposes.

There are three legally recognized forms of licensing contracts: (1) exclusive licensing, (2) non-exclusive licensing, and (3) sole licensing. Each type of contract represents a different set of rights and relations between licensee/franchisee and licensor/franchisor. They are as follows:

Both registered marks and pending applications may be the subject of licensing and franchising contracts, except for the registration or an application of a collective mark.  A contract must be made in writing and registered with the department in order to be valid in Cambodia. As such, any unrecorded license and franchise contract has no effect against third parties.

It is strictly required that the substance of a license or franchise contract shall consist of the identity of the provider and the recipient; details of the trademark (trademark, registration or application number, classification, and description of goods/services); type and term of the contract; and the enforcement mechanism and quality control of the goods/services. Failure to include or enforce such provisions can lead to the invalidation of the license and franchise.

The validity period of this recordation is five years starting from the date of recordation or less than five years if stipulated in the contract and trademark registration. The renewal request shall be applied six months before the expiration date. It is noteworthy that the validation of renewal will comply with validation of the contract and trademark registration. The change in ownership of the trademark among other reasons that can revoke or omit the granted rights can also be the grounds of automatic cancellation. All these conditions for automatic cancellation shall be made in writing to the department and will be subject to public fees set out in the relevant regulation. Further, the applicant is also allowed voluntary withdrawal by submitting a signed written withdrawal letter to the department.

Without recordation, the contract will only be legally binding between the parties. With recordation, on top of the rights to use the trademark, the licensee or franchisee is granted the legal right to act against any third-party to prevent any infringement, imminent infringement, or unlawful act stipulated in Cambodian Law on Marks, Trade Names and Acts of Unfair Competition that previously only trademark owners could exercise. The registered licensee or franchisee also has the rights to:

Subject to the statements above, it is important to note that the declaration only mentions the right to use, while the degree of such a right is unknown. It also leaves the relevant rights on importation and distribution in question.

Prior to the issuance of the declaration, the department enacted Declaration No. 186 on Recordation for Imported Goods Bearing Exclusive Trademark in 2016 with the purpose of optimizing the procedures for filing and recording requests for imported goods bearing exclusive trademarks through a valid exclusive right distribution agreement (recordation of an exclusive right to distribution). It is often confusing for the general public that one recordation might complement or substitute another recordation, especially regarding the rights granted and acts permitted by the law because both regulations concentrate on trademarks and acts of transferring rights from a trademark owner to another person/entity while being governed under the same body, being the Department of Intellectual Property of the Ministry of Commerce.

Differences in rights granted through recordation. Recordation of an exclusive right to distribution grants the exclusive distributor the right to import and distribute the goods bearing an exclusive trademark in the Kingdom of Cambodia. The recorded distributor is entitled to file a complaint to the Customs and Excise Administration or competent authority or court against any persons who import or distribute parallel goods in violation of his right in order to find resolution. In contrast, a license or franchise recordation gives the licensee and franchisee the rights to file a written complaint to court or competent authorities for relief or any measures at border in order to prevent any infringement, an imminent infringement, acts of unfair competition, or an unlawful act as stipulated in Trademark Law.

Differences in legal requirements. The recordation of exclusive distribution requires distributors to be a legal entity and the subjected trademark must be registered. However, the license or franchise recordation permits for both natural persons and legal entities and the trademark can either be registered or pursuant to a pending application.

Differences in enforcement against third parties. The two types of recordation have indeed granted the right to act against third parties by means of filing a complaint to the customs authority, courts of law, or any competent authorities against any unlawful acts. However, as mentioned above, the most significant difference between the two is that the recordation of exclusive rights entitles the registered distributor to the rights to take action against parallel importation, whereas the license or franchise recordation grants the right to prevent any infringement. Nevertheless, having said that does not mean that one regulation is more special than the other. The choice of recordation should be determined by the relevant business objectives, economic environment factors, and mutual agreement between rightful owner and concerned party.

In conformity with the declaration, a registered licensee or franchisee or local agent can initiate legal action against infringement or unlawful acts by taking the following actions:

In the event that an agreement cannot be reached, the parties can file a complaint to the Dispute Resolution Council or National Commercial Arbitration Centre or a competent court to take further action.

Overall, this phase of legal development in licensing and franchising is key to this fast-growing sector. The declaration is significant for all legal practitioners and businesspeople either operating or looking to operate in Cambodia. As it currently stands, Cambodia will continue to develop its regulatory framework in this sector to protect investors against unfair competition and illegal infringements in the country.

Chhim Leakena is a senior associate at SokSiphana&associates in Phnom Penh. a member of Zicolaw, the Cambodian member firm of Zicolaw, where she focuses on intellectual property law. She graduated with a bachelor’s degree in law at the Royal University of Law and Economics in Phnom Penh. She is a legal mark agent licensed by the Cambodian Ministry of Commerce’s Department of Intellectual Property. She has provided comprehensive advice on domestic and offshore IP matters including registration, regularization and compliance, prosecution and litigation, enforcement, anti-unfair competition, border enforcement of IP rights and infringement. She is a council member of Intellectual Property Association of Cambodia (IPAC), a member of Asian Patent Attorney Association (APAA), and a secretariat of ASEAN Intellectual Property Association Cambodian Group (ASEAN IPA).

Khieu Mealy is a partner at SokSiphana&associates in Phnom Penh, the Cambodian member firm of Zicolaw. She graduated with a double master’s degree from the University of Brussels in collaboration with the Royal University of Law and Economics, University of Montreal, University of Geneva and French Cooperation Center, Phnom Penh, and a bachelor’s of law from the National Institute of Management and Royal University of Law and Economies, Phnom Penh. She has extensive experience in corporate banking, intellectual property and arbitration. She is part of the first generation of qualified registered arbitrators at the National Commercial Arbitration Center. Currently she sits as panel lawyer for multiple banks, and is also well-versed in providing practical legal solutions for clients who are encountered with IP infringements.

Mary Sonita is a junior associate at SokSiphana&associates in Phnom Penh. a member of Zicolaw, the Cambodian member firm of Zicolaw. She holds bachelor’s degrees in law from the Royal University of Law and Economics and international relations from the Institute of Foreign Languages, Royal University of Phnom Penh. Sonita mainly concentrates on intellectual property law and has advised national and international clients in many IP matters such as patent, industrial design, utility model, copyrights and frequently on trademark and legal compliance in relation to IP. In addition to this, she has also assisted lawyers with the writing of several articles for a few committees on topics including anti-counterfeiting, Cambodian IP legal updates, and copyrights, etc.