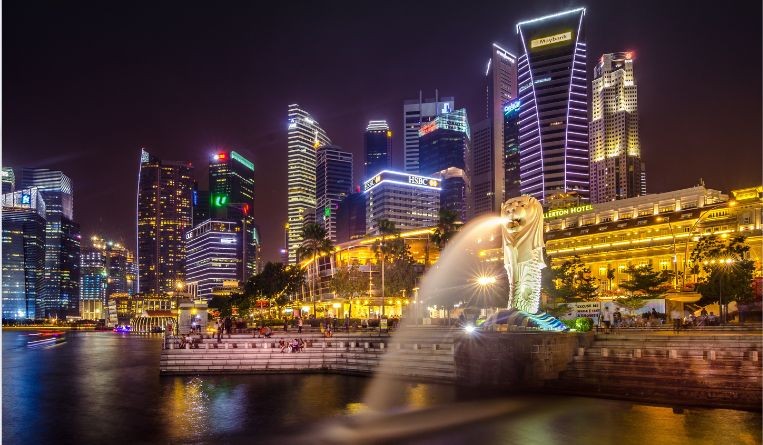 Every creative person has been ripped off at one time or another. Some of the accused infringers are attached to high-profile projects; in the past couple of months, Kim Kardashian, Kendrick Lamar, Chinese singer Yu Yan, Epic Games, the copyright holder of Biggie Smalls’ photos and the makers of Top Gun: Maverick have all found themselves in the headlines. Often, though, the infringing companies are small or mid-size businesses, and the victims are, themselves, often sole proprietor graphic designers, copywriters or web designers.

“Every creative you speak to has a story to tell about how one of their ideas got ripped off,” says Mark Laudi, managing partner of Singapore-based PitchMark. “It usually follows the same pattern: Let’s say you’re a graphic designer, architect or web designer. Or you’re a copywriter, in public relations or advertising. Or you’re a video producer or a consultant or trainer, or an entrepreneur looking for investors – the story is always the same. You have an idea, you pitch it to a prospective client, and they say, ‘send it over, so we can take a look.’”

What happens next, says Laudi, is that the potential client is unwilling to sign a non-disclosure agreement or non-use agreement, or the creative is reluctant to ask for one, lest that ask scare the client off. And so, nothing comes of the pitch. Maybe the client says they’re not interested after all, or they don’t respond to your calls and emails.

And then, Laudi says, sometime in the future – maybe three weeks, maybe three months later – your pitch resurfaces. “You see they have used your idea after all. On a billboard, on a website, in a press release, on YouTube. You confront them, but they deny everything. It’s your word against theirs.”

Laudi is not an intellectual property lawyer, but he has spent a long, successful career in the media and brings a great deal of media savvy to the table. You might remember his name from Squawk Box Asia and Market Watch and other CNBC programmes emanating from Singapore in the early 2000s, where he worked as an editor, producer, and on-air anchor and correspondent.

Today, in addition to PitchMark, he runs media training provider Hong Bao Media in Singapore and Kuala Lumpur, where the goal, he says, is to make every Asian business leader a world-class presenter. “Our goal is to see every presenter wow their audiences, whether in media or in person,” he says.

He’s a creative person himself, and definitely an innovator. He’s running three different companies at the moment, and while all are business-related, the three companies are not remotely doing the same thing.

He’s probably even been ripped off a time or two.

“As a creative myself, I realize it’s rarely possible to ask the client to sign an NDA. You don’t want to put any roadblocks that could stop the client from signing up to your idea,” Laudi says. “But I also know that copyright law only protects the written expression of the idea, but not its essence, and that patent law just doesn’t apply when you’re just doing a wireframe mockup of a website, or an architectural sketch, or drafting a content marketing article for a client.”

Simply put, he says: “As an innovator, I know I’m at a disadvantage.”

Laudi also knows that it’s often too expensive for the graphic designer above to hire a lawyer to chase after the company which ripped off his idea.

“Hiring a lawyer seems too much trouble and expense,” he says. “Besides, you don’t know any lawyers. And even if you did, could they really help you get recourse?

So, in the end, you swallow your anger and your pride, and you let the matter slide, swearing never to deal with that prospect again.

And that’s where PitchMark comes into focus. “How do I deter the client from ripping off my idea? What can I do to influence them and to dissuade them from using my idea without compensation? This is the grey area that PitchMark fills. It allows you to forego the NDA while still flagging to the prospective client that you’ve staked a claim of ownership in the idea, that you are aware of your rights and you’re ready to enforce them if necessary, he told Asia IP.

In other words, you’re putting the client on notice that this is your stuff and not yet theirs.

“You want them to get the idea, but not take it,” he says. “At the very least, it should spark a conversation about whose idea it is, and at what point the client has the right to use it.”

PitchMark is geared for SMEs and individuals. “In fact the majority of our registered innovators are individuals operating on their own without the benefit of a large, well-oiled machine behind them,” Laudi says. “By utilizing PitchMark, these innovators can level the playing field and enhance their negotiating clout by signaling their savvy and nous to prospective clients, to let clients know that the innovator is aware of his/her legal rights and prepared to enforce them against infringers, if it should come to that.”

Frank Rittman, a Bangkok-based strategic business consultant and former long-time IP lawyer for the Motion Picture Association of America and for the National Music Publishers’ Association, is enthusiastic about how PitchMark can help creatives protect their work.

“The site even allows you to report suspected breaches directly to the PitchMark Global Legal Network (GLN),” says Rittman, who now serves as PitchMark’s legal advisor. “The GLN is, in fact, introduced to the PitchMark membership base long before trouble strikes. That way you already know who to turn to, and someone in your jurisdiction will get in touch with you to help you.”

To get started, Rittman says, creatives can register for free as a PitchMark Innovator. “After signing in, you can upload your created work, and will immediately receive a unique digital, date-stamped PitchMark Certificate along with other important information for your client that you can download as a zipped file.”

A corresponding link to the uploaded file will also appears on the creative’s individual PitchMark profile; the zipped file, or a link to it, can be sent to prospective clients.

“This is so much better than what we call a naked PDF – that is, an unprotected document – yet doesn’t require the receiving party to sign anything, such as an NDA,” he says.

Rittman says that innovators are encouraged to provide, significant, tangible expressions of the ideas they seek to protect. “You know that ideas themselves may be difficult to protect, whereas the expression of those ideas is easier to protect. PitchMark tries to impress upon innovators that it always helps to reduce that idea down to some level of tangible expression. And the more material you have the better. For example, a 50-slide detailed PowerPoint deck is clearly going to be of greater use to the members of our GLN when pursuing a claim than, say, a handwritten paragraph on the back of an envelope.”

Laudi says there are nearly 1,000 innovators in the PitchMark; its growth has reached a point where the company is seeking to increase its stable of high-quality IP lawyers who can assist creatives in need of help fighting off infringement.

“What we need now is IP counsel to join us in our GLN to service those Innovators,” Laudi says. “The sooner counsel signs up, the sooner we can get them involved in our various Innovator services, and introduce them to members of our Innovator community.”

PitchMark has registered innovators from 39 different jurisdictions around the world. “That’s why we need lawyers from all these jurisdictions to come on board. It doesn’t actually matter whether legal IP protection is weak or strong in these markets because PitchMark focuses on deterrence, influence and dissuasion, backed by the legal teeth which the lawyers in our GLN provide.

The role PitchMark plays for IP lawyers is in providing a curated list of intellectual property experts to creatives who may need representation because of IP infringement, or for business negotiations or contract writing. “What many of our innovators have in common is not knowing where to go, or how to go about, finding lawyers they can deal with and who understand their needs,” Laudi says.

The community Laudi is building is more than just innovators and lawyers, though. The third side of the community is made up clients.

“So far, we’ve just talked about the innovators, the ‘sell side’ of the equation. But realistically, being a client on the ‘buy side’ is also not easy. Maybe you’ve put out an RFP and receive many pitches, some of which look eerily similar. What happens if you choose one supplier, and engage them to execute your idea. Will the other supplier who provided a similar idea accuse you of idea theft? Or perhaps you have already started work on a project using internal resources, but you receive an unsolicited proposal for the same thing. When you launch your project, will they similarly accuse you of idea theft?”

That’s why, Laudi says, he is building an ecosystem of innovators, lawyers and clients. “Registered innovators and clients signal their agreement to abide by PitchMark’s prescribed terms and conditions, which include among other things a commitment to utilizing and respecting individuals’ creations subject to their authorization and not in any other way. In order to attract the right calibre of clients, we encourage them to adopt and embrace the PitchMark pledge as a means to signal (to innovators) their intention to respect – and not infringe – creators’ rights.”

PitchMark even offers clients a more detailed PitchMark Compliance Certification audit program designed to enhance their competitive advantage through the voluntary adoption and implementation a 12-point plan formalizing their policies towards IPR protection.  “The PitchMark Compliance Certification logo, which we make available to clients once they have implemented the program, signals to innovators that this client understands and respects creators’ rights, and that their pitches and submissions are in safe hands” says Laudi.

Rittman notes that PitchMark is not intended as a substitute or a replacement for traditional IP registrations. “PitchMark is instead a cost-effective – free – tool intended to help minimize the risk of IP infringement by signifying to anyone involved in its chain of distribution that the creator is aware of their rights and is prepared/able to protect and enforce them with the help of counsel,” he told Asia IP.

It’s a tool that is useful to lawyers acting on innovators’ behalf by helping to establish time-and-place evidence of creative possession. Unlike traditional registrations, PitchMark is a private service operating in in real time, allowing innovators to assert their ownership claims immediately upon the idea’s creation.

“It doesn’t require myriad forms and applications that are sent off to government offices for review or approval at a hefty cost,” Rittman says. “You can obtain a PitchMark certificate on your own, for free.”

PitchMark is calling all IP lawyers!

As the numbers of PitchMark’s registered innovators continue to grow, the company is seeking lawyers to join its Global Legal Network. Mark Laudi, managing partner of the Singapore-based company, says PitchMark is looking for lawyers who will:

Registered innovators can search out registered lawyers, but lawyers can’t search out innovators. “This is to maintain the integrity of the community and to avoid putting us in the shady realm of selling databases,” Laudi says. “Similarly, we don’t sell databases of lawyers.”

The annual registration fee for lawyers is US$2,300. Laudi is offering lawyers who read Asia IP a discounted first-year registration price of just US$980. 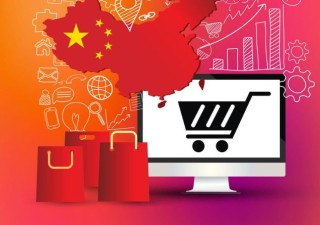 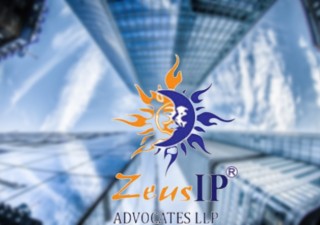 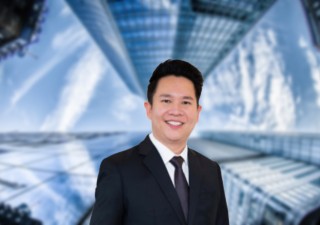 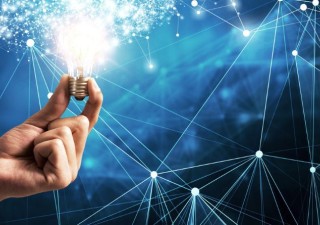