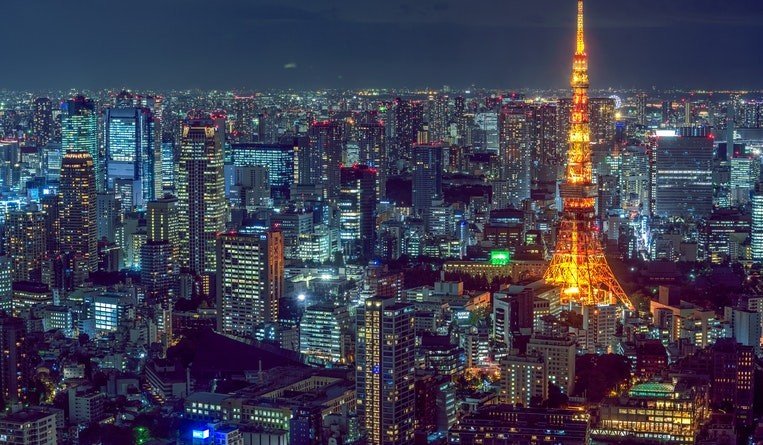 Intellectual property lawyers in Japan are excited – if also a bit cautious – about a new IP mediation service launched in the Tokyo and Osaka district courts in October 2019.

“The service aims to solve disputes quickly through a discussion between both parties, by advice or opinion from a mediation committee which consists of three members – a judge in the IP division and two experts such as IP attorneys,” says Satoshi Watanabe, founder of Watanabe Research & Consulting in Tokyo.

The mediation aims to draw to a conclusion within three to six months, or within three mediation meetings, Watanabe says. “The mediation committee discloses its impression of the case, but it may also suggest that the parties solve the dispute through a lawsuit when the issue is complicated. In order to come to an efficient conclusion, both parties are required to submit all necessary documents (including evidence) prior to the first mediation meeting. The mediation is closed to the public, including the existence of a request for mediation.”

When parties agree to the settlement, it will be legally binding, the same as a judgment, he says. “On the other hand, in case of failure, the parties are free to file a lawsuit to solve the dispute.”

The courts should expand their public relations’ activities, though, so that more people know about this service, lawyers told Asia IP.

“Before the implementation, the courts held meetings with practitioners and published articles in magazines about the hearing and explained the system and practice for the mediation service,” says Kei Iida, a partner at Nakamura & Partners in Tokyo. But that public relations work may not have been enough to spark interest among litigants.

This service is seen as a means of alternative dispute resolution, but according to statistics published by the Japan Intellectual Property Arbitration Centre, there were fewer than five requests for mediation in recent years, Watanabe says. “So, this mediation service by the courts may also not be used much.”

As expected, no data have been made available since the introduction, he says. “I understand that the courts are supposed to not disclose even the presence or absence of mediation. However, I hope they will disclose at least some statistical information.”

The service has an advantage with the involvement of an active judge in mediation meetings, he says. “The parties can know what decision the court is likely to make, in a short period of time and at a low cost. Therefore, it may become a useful tool, especially for SMEs.”

On top of that, the service should be made more user-friendly. Of the cases set for the IP mediation service since October 2019, one was represented by Nakamura & Partners and, because of that experience, Iida has a possible explanation for the low use of the system. “A probable hurdle to the petition for the IP mediation service before the Tokyo and Osaka district courts may be the requirement for the petition, namely a written jurisdiction agreement between the parties.”

Nevertheless, lawyers believe that usage of the newly-launched service will increase down the road.

“It is still too early to judge a success or failure of the IP mediation service, while we consider that there will be some IP-related disputes suitable for resolution through this service,” Iida says.

An attempt at strengthening laws against piracy failed in Japan’s National Diet, the country’s legislature. On March 13, 2019, the government gave up submitting an amendment of copyright law to the Diet. “It was specifically for anti-piracy, but it generated strong public reaction to the expansion of punishment against illegal downloading,” Watanabe says. “It is very rare for the government to stop the submission at that stage. In fact, content creators, such as the Japan Cartoonists Association, also expressed concern about the proposed amendment. [They questioned] who the anti-piracy measures were for.”

While consensus-building is often key to legislative success, the process was inappropriate in this case.

“The government just paid attention to the interests of publishing companies, but not enough to the creators,” Watanabe says. “We have seen a similar situation in the process for the amendment of the patent law – there was a crack in the relationship between the industries and the government. Apparently, there is a problem in the government’s policy-making process.”

The bad news is that it will delay the relief of copyright holders who have been affected by piracy, he adds. “The good news, on the other hand, is that when the government tries to do something problematic, the people could stop it.”

Amendments to the patent law passed the parliament on May 10, 2019, and were published on May 17, 2019. The amendments will be enacted within one year. but the exact date is yet to be determined.

The amendments introduce an on-site inspection and a new procedure for damage calculation to the patent law, lawyers at Sonoda & Kobayashi said in a client alert published on the firm’s website. The amended damage calculation is also introduced into the utility model law and the design law while the on-site inspection is introduced only into the patent law.

Onsite inspection. Under the introduced on-site inspection system, the court can order an independent specialist to visit the site of the alleged infringer and collect the evidence relevant to the dispute at issue and make a report thereon (Patent Law, Art. 105bis, Section 1).

Requirements for the order:

1) A patent infringement lawsuit is ongoing

2) The defendant possesses the evidence

4) The evidence cannot be obtained otherwise

6) Onsite inspection is reasonable in view of all the circumstances

1) Request of an onsite inspection by a party

2) Hearing of the opinion of the other party

3) Decision by court whether to order an onsite inspection

4) Onsite inspection by an independent specialist

5) Submission of an onsite inspection report by the independent specialist

6) Sending the draft report to the other party

7) Request to conceal confidential information in the draft report

“Many systems have been implemented in the Patent Law and the code of Civil Procedures in the last 20 years to facilitate the plaintiff to collect evidence of infringement, i.e., obligation of the defendant to disprove the infringement allegation (Art. 102bis), court order for the submission of evidence necessary to prove infringement and/or damage (Art. 105), presumption of the method when the method of making is unknown (Art. 104), etc,” says Yoshitaka Sonoda, managing partner at Sonoda & Kobayashi in Tokyo. “However, these provisions have not been often used in lawsuits because a great discretion was given to courts which have been reluctant to exercise these provisions in the fear of losing the balance between the necessity of the patentee to prove infringement and the necessity of the defendant to protect its trade secret.

“A strong likelihood of infringement and reasonableness in view of all the circumstances are required so that an onsite inspection is ordered, and we are not sure how high the thresholds are for these requirements,” Sonoda says. “In view of the above-described requirements, it is unlikely that the onsite inspection is ordered in an early stage of proving the infringement, it would be necessary that the infringement is almost proved but only a relatively small part is left to be proved.

“The infringement courts are expected to be more positive to the application of the onsite inspection in view of the backgrounds on which the new provision was considered to be necessary,” he says.

(The second line was added by the amendments)

Singer Katy Perry has been sued for trademark infr...

Nobody wants to lay off workers during a pandemic,...