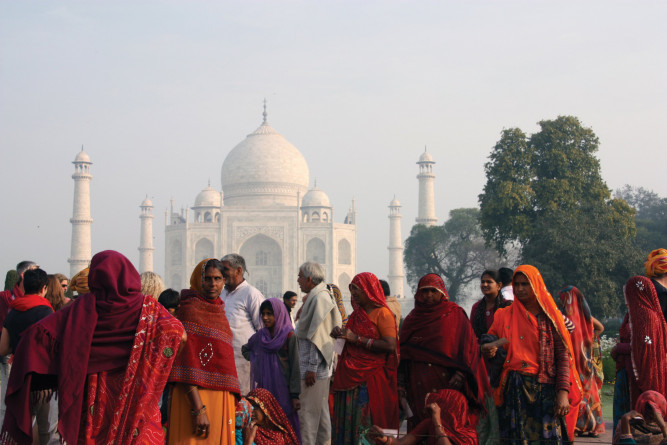 India's IP jurisprudence is rapidly evolving. “The change brought by rapid internet/digital penetration has brought new set of challenges for policy makers, courts, IP holders and other stakeholders,” says Ranjan Narula, managing partner at RNA Technology and IP Attorneys in Gurugram. “At the same time, the policy makers and courts are walking thin line to balance the interest of IP holders and making technologies available at an affordable price to traders and consumers in India as seen in patent litigation.”

Key changes and developments in the last few years, include, according to Narula:

a) Creation of commercial courts, with IP being part of those courts, has brought focus on expedited trials, costs being awarded and “summary judgment jurisprudence” being introduced in an attempt to save costs and reduce litigation time.

b) Taking digital changes into account in several ways. 1) The Bombay High court permitted a defendant to be served through WhatsApp, which Narula calls “a welcome step in IP cases, where the infringers sometimes avoid service.” 2) Guidelines were issued by the court to determine if an e-commerce portal describing itself to be a marketplace qualifies to be an intermediary, thus allowed to take refuge under the safe harbour provision of Section 79 of the Information Technology Act, 2000; 3) Guidelines were issued to grant “dynamic injunctions,” crafting a new remedy whereby right holders do not need to go through the cumbersome process of a judicial order in order to issue blocking orders to internet service providers. Instead, Narula says, as per this ruling, plaintiffs have been allowed to approach the Joint Registrar of the Delhi High Court (an administrative position), to extend an injunction order already granted against a website, against a similar mirror, redirect or alphanumeric website which contains the same content as the original website.

c) The Supreme Court’s ruling in favour of Monsanto in the much discussed Monsanto Technology v. Nuziveedu Seeds has been a landmark development wherein it was held that given the complex nature of the case, the division bench was wrong in revoking Monsanto’s Indian patent (covering the Bt-Cotton technology) without testing it at trial.

d) The Trademark Registry granted registration for the image of the iconic Taj Mahal Palace hotel in Mumbai, which is more than 100 years old. “This is the first in the country, securing such a registration,” Narula said.

“The above examples clearly show that Indian IP jurisprudence is speedily evolving in a positive direction to protect the interests of IP holders,” says Narula.

IP jurisprudence of India has evolved immensely with time. “The jurisdiction has jumped eight positions up from 44th to 36th in the Global Intellectual Property Index 2019,” notes Manisha Singh, founding partner at LexOrbis in New Delhi. “The IP laws have been amended to make them consistent with other developed jurisdictions.”

Several efforts have been made to strengthen IP regime in India, such as the framing of the national IP policy in 2016. “A positive environment has developed in relation to IP enforcement. Introduction of summary judgment under the commercial courts act has substantially reduced litigation time and cost,” Singh says. “Under summary judgment, the courts are entitled to decide a case if it is of the opinion that the defendant has no real prospects of successfully defending a claim.”

Further, the court cleared the clouds of uncertainty in determining royalties for standard essential patents in Koninklijke Philips Electronics v. Rajesh Bansal, which is the first post-trial decision in SEP litigation, she says. “Jurisprudence of assessment of damages in this case has been cleared in which is based on the wrongdoing of the defendant and damages includes legal fees of the opposite party as well.”

The law related to recognizing the spilling of cross-border reputation of a mark has been revisited and the importance of documentary evidence in deciding the same is emphasized in the case of Toyota Jidosha Kabushiki Kaisha v. Prius Auto Industries Ltd &Ors, she says.

As far as copyright infringement goes, the courts are recognizing John Doe orders (the Indian equivalent is the Ashok Kumar order) to block 2,650 websites as an interim measure against the anonymous infringement of certain films, she says. “However, at the same time the judgment in Delhi University Photocopy Shop made a balance between public interest and the interest of IP right holder.”

These judicial developments show a positive evolution of IP jurisprudence in India, she adds.

India has its National Intellectual Property Rights Policy (NIPRP) in place, following introduction by the government in 2016. “With this policy, India aims to place before the world a vibrant and predictable IP regime, which stimulates creativity and innovation across sectors, and also facilitates a stable, transparent and service-oriented IP administration in the country,” Narula says, noting that in July 2018, the government also issued a draft e-commerce policy.

Singh says that India passed its national IP policy on May 12, 2016 with seven objectives:

3) Establishing a legal and legislative framework

The NIPRP stipulates overarching steps towards achieving the foregoing objectives. “A cell for IP promotion and management has been established under the aegis of the Department for Promotion of Industry and Internal Trade under the Ministry of Commerce and Industry, for simplifying and streamlining IP processes, spreading awareness and facilitating commercialization and enforcement,” says Priti Suri, founder of PSA (Priti Suri & Associates) in New Delhi. “There are indications that IP cells may also be established within key government ministries and institutions for improved internal coordination.”

There are also assurances towards exploring the feasibility of establishing an IP exchange to facilitate investment by bringing together IP owners and investors, and recognition of the need for expeditious examination of patent applications to ensure that the manufacturing sector is able to develop and sell inventions and proprietary goods without unreasonable delay, Suri says. “Further, suggestions have been made for dedicated commercial courts for adjudicating IP disputes, and the possibility of using alternative dispute resolution mechanisms for resolving such disputes. Other critical proposals include criminalization of film piracy, and encouraging use of corporate social responsibility funds for innovation.”

Although there is an IP policy in place, room for improvement remains in some areas, lawyers say.

For example, the NIPRP discusses several important gaps in India’s IP environment, which include:

a) The need for stronger enforcement of existing IP through the building of new state-level IP cells and investing more resources in current enforcement agencies, says Narula.

b) The need to strengthen administrative capacities at India’s IP offices, including reducing processing times for patent and trademark applications, he says. “Good progress has been made on this front but still requires further strengthening.”

c) The need to introduce a legislative framework for the protection of trade secrets, Narula says.

The NIPRP can be regarded as a “good first step,” but there is a need to fill in the gap to make the policy more robust. “There is a need to address how foreign direct investment should be brought in. Economics of innovation requires strong enforcement of IP rights, which may result in good investment in IP. Though a positive environment for enforcement of IP rights is developing, courts still take a very long time to decide a case. The national IP policy does talk about creating specialized IP courts or resolution of IP disputes through ADR mechanisms, but fails to include any specific proposal to achieve this,” Singh says. “Further, it fails to provide any specific mechanism to balance the rights of the public and to prevent the misuse or abuse of IP.”

Also, proper concrete steps need to be taken for the commercialization of IP by providing a public platform which can provide IP valuation and facilitate engaging IP rights holders with buyers, she says.

The NIPRP does fall short in terms of adequacy and clarity, says Varun Kalsi, a partner at PSA (Priti Suri & Associates). “The core premise that increased IP generation will lead to better innovation seems tenuous, at best. On the contrary, increased IP activity could instead stifle innovation due to lack of knowledge sharing through licensing mechanisms.”

The policy recommends various administrative reforms, but reduces most of them to salutary references leaving sizeable room for improvement. “The proposal for expedited examination of patent applications is without any indication of how it will be effectuated, and the policy is silent on the underlying problem of IP offices being excessively overburdened with applications aplenty,” Kalsi says. “The proposal to establish dedicated commercial courts for IP disputes without reference to the Intellectual Property Appellate Board renders it unclear if the IPAB itself is a casualty in this overhaul.”

Also, there is no detail on how an IP exchange will be constituted or how it will function. “Then again, encouraging use of CSR funds to drive innovation largely depends upon a corporation’s prerogative. Criminalization of film piracy as a higher form of deterrence is insufficient without first plugging the shortcomings in the enforcement mechanism,” he says. “Though there is no appreciation of complexities attached to the IP legal framework in India, with the NIPRP due to be revised every five years, it will be interesting to see if these issues are addressed in 2021.”

In a state of flux, IP remedies are as follows, even though significant problems remain.

a) The criminal remedy of carrying out raids through the police and subsequent prosecution is still unpredictable, not to mention that it is very slow with a small percentage of cases actually leading to conviction, says Narula.

b) The courts awarding “costs and damages” in trademark disputes is still evolving in India. “Typically, counterfeiters do not maintain proper records of their transactions for various reasons (e.g., tax evasion), which makes it extremely challenging when it comes to quantifying damages if no goods have been seized. The process of determining damages on the basis of actual or potential loss suffered is so cumbersome that many right holders end up relinquishing their damages claim. However, Indian courts are increasingly recognizing the need to impose financial penalties in the form of compensatory damages, as well as punitive damages,” Narula says. “Although this trend is encouraging, courts also need to focus on simplifying the process of recovering damages from infringers.”

c) There has been an increase in IP crime in the digital space due to its anonymity and unfettered nature, Narula says. “While, the new e-commerce policy has tried to address this issue, making e-commerce platforms equally responsible to keep the space free of counterfeits and piracy, the policy is still at the discussion stage.”

The Policy on Data Exclusivity and Patent Linkage remains in a state of flux, Singh says. “Though it has been amply clarified in the past that India’s stance on data exclusivity is not in violation of TRIPS commitments.”

In Bayer Corporation and Ors v. the Union of India and Ors, dated August 18, 2009, the Delhi High Court brought more clarity on India’s stance on data exclusivity, which observed that patents are private rights and contingent upon the patent holder’s desire to enforce them rather than an obligation of public institutions such as the Drug Controller General of India, she says.

Further, the non-functional Intellectual Property Appellate Board is a growing concern for patentrelated matters, she adds. “The constitution of specialized IP courts is the need of the hour for speedy disposal of IP matters.” 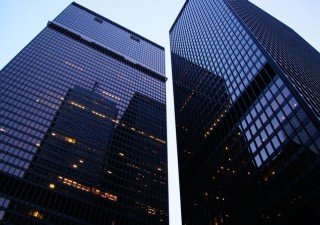 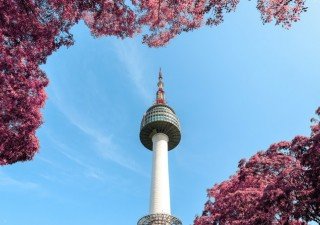