Advantages and drawbacks of the arbitration of IP disputes 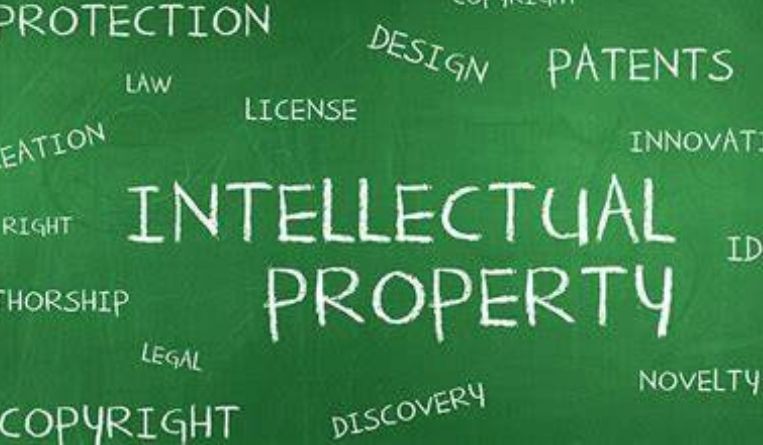 Increasing numbers of parties in IP-reliant industries such as technology, healthcare, aviation, etc., are agreeing to resolve disputes under their cross-border contracts via arbitration. Matthew Shaw considers the unique advantages and some potential downsides of the arbitration of IP disputes.

The ability to resolve IP disputes in arbitration is now well-established in many developed jurisdictions. For example, in 2019, Singapore’s Parliament passed the Intellectual Property (Dispute Resolution) Act. Among other things, this amended the domestic Arbitration Act and the International Arbitration Act to clarify that disputes concerning all forms of intellectual property are arbitrable in Singapore, which followed the broad statement of principle in Tomolugen Holdings Ltd and another v. Silica Investors Ltd and other appeals [2015] SGCA 57, in which the Court of Appeal stated that the question of arbitrability turned on “whether the subject matter of the dispute is of such a nature as to make it contrary to public policy for that dispute to be resolved by arbitration”. In other words, public policy is the only constraint on subject matter arbitrability in Singapore. Hong Kong passed similar legislation, clarifying that IP disputes are capable of being resolved by arbitration. Legislatures and courts have enacted similar measures or reached similar conclusions in many other jurisdictions.

So the availability of arbitration as a means of resolving IP disputes is not in doubt. For parties in industries such as health care, pharmaceuticals, automotive, aviation, technology, media and telecommunications, this may be of particular relevance. Progress and development in these industries is often achieved via a network of interrelated contractual and joint venture relationships that cross jurisdictional borders and continents. Their primary value may lie in one party’s IP and the strategies employed to exploit it. In theory, at least, stereotypical features of international arbitration should be well-suited to these disputes.

Surveys reveal that the most typical complaints made by end-users about IP and technology litigation cases concern, first, the costs and duration of litigation, and second, the lack of experience or familiarity with the subject matter among judges.

With regard to cost and speed, arbitration should offer benefits over national litigation. The possibility of consolidating multiple arbitrations into one proceeding can enable all disputes to be resolved in a single forum, resulting in one arbitral award enforceable in multiple jurisdictions, rather than creating the risk of inconsistent and overlapping judgments from courts in different countries.

It also has vastly greater procedural flexibility, and can more readily limit and control certain elements of litigation, such as extensive and ongoing disclosure, the costs of which may well exceed their supposed benefits.

As to the expertise of decision-makers, being able to select arbitrators with specialist knowledge also may benefit parties. It may give them the confidence that tribunals are at least familiar with the broad subject matter of the dispute, and the categories of IP interests that may be in issue. The Singapore International Arbitration Centre (SIAC) and Hong Kong International Arbitration Centre (HKIAC) have acknowledged this by creating specialist panels for IP disputes. That, too, can create efficiency gains, by sparing the time that might otherwise be needed to ‘educate’ the decision-maker.

Moreover, in what commercial field other than IP disputes could the confidentiality of arbitrations be more of an advantage? The ability of parties to keep the subject matters of their disputes secret is a compelling feature of international arbitration, especially for parties involved in disputes concerning trade secrets and other non-registered IP interests. The SIAC Rules, for example, make confidential all aspects of the arbitration, from all documents, evidence, submissions filed in the case, to the very existence of the arbitration itself. (This approach is not universal. For example, the International Chamber of Commerce (ICC) Rules do not explicitly provide that the arbitration is confidential.) The WIPO Arbitration and Mediation Rules feature a specific set of rules on the treatment of business secrets and confidential information. And the position in many national laws is that arbitrations are confidential, e.g., in England, Singapore and Hong Kong.

A further perceived advantage of arbitration over litigation is the parties’ ability to select a “neutral” seat or venue for their arbitration. The freedom to nominate arbitrators of different nationalities to those of the parties, and to select a seat of arbitration that differs from the parties’ home jurisdictions, can be a source of confidence for each party that they will receive a fair hearing and an untainted result. While this benefit can be hard to quantify (and may be overstated) in ordinary commercial disputes, it can be a weighty factor in favour of arbitration in the context of disputes relating to public procurement contracts, where substantial state funds may be at stake in the arbitration.

Finally, cross-border enforcement of arbitral awards under the New York Convention is a huge advantage when compared with court litigation, as there is no multilateral treaty for the enforcement of court judgments. This is perhaps the sine qua non of international commercial arbitration.

The benefits of arbitration identified above are extensive and convincing. And that raises a confounding question: why isn’t there more IP arbitration? Indeed, despite these advantages, companies that are heavily dependent on IP, and thus are exposed to IP disputes, traditionally favoured court litigation. What are the reasons for this, and are such reasons valid?

The first observation is that until relatively recently, IP disputes often emerged within contractual disputes concerned with creating, protecting, and selling technology or the rights to manufacture technology. Trans-Pacific disputes, for example, frequently involved IP owners litigating against licensees or other users of IP in the California or New York courts. Inequalities of bargaining power allowed IP owners to insist on resolving disputes in their home jurisdictions. But these commercial inequalities have eroded over time, as the balance of power shifted eastwards away from traditional Western markets. Consequently, international arbitration at a neutral forum is now at least as likely to be selected as the preferred mode of dispute resolution in these parties’ contracts.

Secondly, arbitration is still perceived by many to lack the potential for coercive action available to national courts. Immediate injunctive relief is often critical in IP disputes, to protect copyrights or trademarks, or to prevent the disclosure of trade secrets, or to restrain the infringement of patents. An eventual award of damages may be of little use to a party that has lost its IP due to the actions of its counterparty. Arbitral institutions have responded to these concerns by introducing provisions for emergency arbitrators to hear and determine urgent applications for interim relief, which in some cases are supported by national arbitration legislation to give their rulings teeth. (In Singapore, for example, orders issued by emergency arbitrators are directly enforceable via the Singapore Courts under Section 12(6) of the International Arbitration Act.) That being said, even where emergency relief is available within the confines of an arbitration, there will often be a need to resort to national courts either to enforce the tribunal’s or the emergency arbitrator’s orders, or to seek interim relief directly from a national court before arbitration has commenced. Equally, in cases where an arbitral award provides for final and permanent equitable relief, there may be difficulty in supervising the losing party’s compliance with the tribunal’s orders without the need for court intervention. Not every jurisdiction permits enforcement of arbitral awards of permanent equitable relief.

Thirdly, there is the vexed question of third parties. Arbitration is at its heart a contractual process, founded on the parties’ agreement to arbitrate. Whilst an arbitral tribunal can decide matters between the parties, it cannot decide matters that directly affect third parties and nor does it have any powers in respect of third parties. This has implications for the scope of interim relief available in arbitration (although national courts, if invoked in support of an arbitration, will have wider powers), as well as for the taking of evidence, the potential compulsion of witnesses, and, crucially, for the type and effect of the final relief that may be issued in the arbitral award.

This is most apparent when considering the effect of an arbitral award in IP disputes involving publicly granted IP rights such as patents. In these cases, the tribunal’s award will bind the parties to the arbitration, but it will not affect third parties. Thus, for example, while a declaration of invalidity made by an arbitral tribunal may cause a patent-holder’s infringement action to fail, it will have no consequence for the validity of the patent in the wider world. (There are certain jurisdiction-specific exceptions to this, but these are both few in number and outside the scope of this article.) On first impression, this may seem like a weakness of arbitration. But it may also be regarded as a strength. If, for example, an arbitral tribunal has concluded that a patent-holder’s patent is invalid, the patent-holder may be glad that this decision does not have any effect in the wider world, and that its consequences are limited to the parties to the arbitration. This point is important, as it creates a degree of equality between the parties to IP disputes. Unlike a court proceeding, in which a judgment will have precedent effect and an effect in the wider world, all of which may be extremely damaging to a patent-holder’s interests, the chances that an arbitration will inflict mortal damage on a party’s IP portfolio are much lower.

Fourthly, there is the question of arbitrability, i.e., whether the subject matter of the parties’ dispute is capable of being resolved by arbitration. As discussed above, in IP disputes, this question has largely been resolved in favour of arbitrability. The most notable exception is China, where patent and trademark disputes must be brought before administrative agencies and courts. However the scope of arbitrability concerns does not end there. It is not uncommon in IP disputes to find that the parties’ claims and defences isntersect with questions of competition law, where, for example, there are allegations that a party has obtained excessive exclusivity, demanded unconscionable grant-back provisions, or abused a dominant position in the market. These issues can raise difficult questions of arbitrability and public policy, as well as questions of whether competition law is ‘mandatory law’ (in other words, it applies regardless of the parties’ chosen governing law), the appropriate choice of law rules by which to determine which body of competition law is to apply to the parties’ dispute (if any), and so on. These are not easy questions, and resolving them may add to the overall duration and costs of an arbitration.

International arbitration is particularly useful for the resolution of IP disputes because it is international. It is the only mechanism of dispute resolution that creates a real prospect of all such disputes between parties to be resolved in one forum, before one panel of decision-makers, in a consistent and internally coherent manner. It also allows parties the flexibility to organise their process of dispute resolution in a way that is relevant, useful, and efficient. It generates confidence in the process via the availability of neutral forums, and the ability to nominate specialist arbitrators.

The perceived downsides of arbitration are in most cases simply consequences of the level of party autonomy that arbitration facilitates, and of the core feature of arbitration, namely, that it is a contractual process. In almost all cases where parties consider they may encounter commercial disputes regarding IP rights, international arbitration offers at least as good a solution as any court litigation and one that is likely more closely aligned with parties’ commercial expectations. 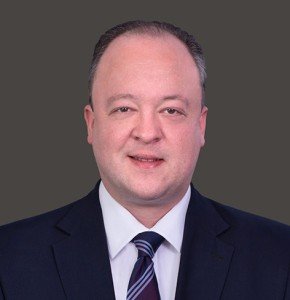 Matthew Shaw is of counsel in the arbitration and litigation practice at DLA Piper in Singapore, where he focuses his practice on international arbitrations arising from business combination, licensing, construction, and financial services disputes. He has experience with arbitrations under the rules of most leading arbitral institutions.