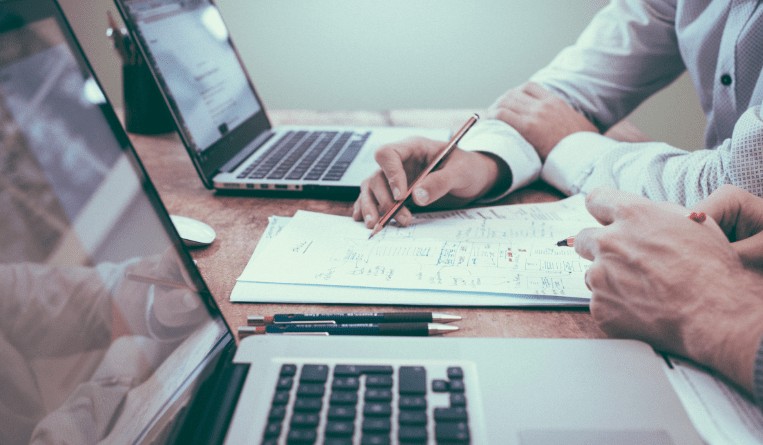 “It’s not something we do every day, but when it happens, it’s important we do it effectively,” Van Winkle said, speaking at the Marcus Evans IP Law Online Summit on June 16, 2021. “Senior executives don’t have unlimited for hearing about intellectual property issues, so we need to be effective.”

One of the top skills of a great lawyer is great communication, Van Winkle said. Communicating risk is a critically important subset of that skill.

“Risk is one of the key factors for making decisions,” he said. “It’s also a place where there’s a lot of potential for miscommunication. It’s a tricky space, and one we need to manage very well.”

Van Winkle gave his audience an example of how a lawyer can miscommunicate to senior executives, based on how his predecessor at a company had communicated prior to his arrival at the organization.

“I’ve looked at old executive communications, and I can think of one where a patent infringement challenge was being considered: are we going to initiate a patent dispute? The way that was described was, if we bring forth this enforcement action, and there was a list of things the competitor would be forced to do: design around, take a license, pay us money. And those things were all theoretically possible, but I thought to myself that I would never want to share risk in that way. I don’t know the context, but to not tell the CEO that the most likely consequence is that we’d be in a fight for a year-and-a-half to two years fending off counterclaims and spending a lot of money. Those are real consequences.”

Ruth Swilling, director and associate general counsel, missiles and defense business at Raytheon Technologies in Boston, an attendee at the interactive event, said that as an IP professional, she needs to simplify presentations for people who are not IP professionals.

“Ultimately, they want to know how this impacts the business. The thing of most value is taking the strategist role: don’t be the guy who only issue-spots without offering an opinion. I don’t want my leadership to be surprised, but you have to use good business judgment in terms of what is appropriate and within the context they want to know. They don’t have a lot of time, so you can’t go into strong detail,” she said.

“No surprises,” Van Winkle agreed. “If that’s not how you approach your clients, it should be. A bad result is bad, but a bad result that’s a surprise is a disaster.”

Communicating risk is a balancing act, Van Winkle said, with efficiency, clarity and specificity on one side and the risk of creating unhelpful documents which could be discoverable in a dispute, the risk of losing nuance and weighing whether the benefits of verbal communication outweigh the loss of efficiency.

“It might be very efficient to put together a very simple email that says something very blunt. Maybe it’s not fully accurate because it’s so simple, and then I email it to lots of people, so now it’s officially sent throughout the organization, everyone hears it, easy. It could be efficient by some measures,” he said. “And then you have to weigh it against risk. Maybe it’s efficient communication to email it to lots of people, but that could create a bad document if it’s used incorrectly.”

Jonathan Nilsen, senior counsel and manager of legal affairs at Doble Engineering in Cambridge, Massachusetts, an attendee at the event, warned of the risk of written opinions going further than their intended audience.

“Sometimes you put something in writing because you want everything to be documented, you want everyone to be clear, you want everyone to be on notice, but then sometimes you misconstrue your audience,” he said. “The email is to three or four people. That’s the audience you wrote for. But all of a sudden, [because] you’re the lawyer and you know exactly what you’re talking about, [someone in the original audience decides] to copy-and-paste what you said and expand the audience, and all of a sudden, you’re having a few sleepless nights, because you would have written it entirely differently for the audience they shared it with.”