Understanding of Markush claims in India 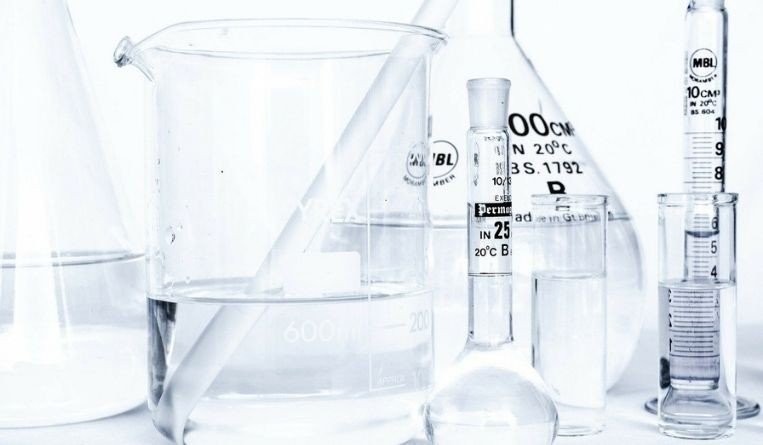 Drafting Markush claims is a style wherein the alternate species of a genus can be included in a single claim and so the fee for multiple claims can be avoided. Historically, in 1923, Eugene Markush filed a patent application with the United States Patent and Trademark Office (USPTO) covering his original, organic chemical compounds. In order to avoid the filing of multiple applications, he attempted to claim in the alternative claim structure which was later objected by the examiner. To meet the objection, Markush coined the language that has come to characterize the claim format named for him as “material selected from the group consisting of.” Eventually, the application titled Pyrazolone Dye & Process of making the same was granted as US Patent No. 1,506,316 which was filed on January 9, 1923, and issued on August 26, 1924.

While the main intention of drafting Markush claims is to include compounds having some common characteristics in a single claim, this modality in the case of pharmaceutical inventions allows covering multiple compounds under a single patent. This further covers multiple functionally equivalent chemical molecules and entities in one or more parts of the claimed drug compound.

In India, while examining an application reciting Markush claims, the language is generally assessed with the requirements prescribed under the Indian Patents Act, such as disclosure in the specification, enablement and the best method of performing the invention and defining claims in a concise and clear way. In particular, Sections 10(4)(a) and (b) state that the complete specification shall fully and particularly describe the invention and its operation or use and the method by which it is to be performed and it should also disclose the best method of performing the invention which is known to the applicant and for which he is entitled to claim protection. In addition, Section 10(4)(c) states that every complete specification should end with a claim or a set of claims defining the scope of the invention. Therefore, the specification must disclose best representatives along with possible embodiments sharing a common structure, use, function, a physical attribute, a chemical property or belong to an art-recognized class for obtaining a patent. Further, in the case of product claims to be represented in a Markush form, at least one process for preparing the compounds must be disclosed in the complete specification to show  enablement of the claimed invention.

Further, Section 10(5) prescribes that the claims should be clear, succinct, and fairly based on the description. In the absence of meeting such requirements, the claims are usually objected under lack of unity of invention and insufficiency of disclosure. During the examination, the unity of invention shall be considered to be met when the alternatives claimed are of a similar nature or when there is a group of inventions they should be linked by a single concept or a technical relationship, which makes the inventive contribution over the prior arts. This determination should be done on the content of the claims supported by the description in the light of the prior arts before the grant of a patent application.

In addition, the patent applications must also be enabled; that is, they must enable a person skilled in the art to make and use the invention. The data in the specification should contain one or more examples covering the scope of the invention as claimed, which enable(s) the skilled person to carry out the invention. In the case of an invention directed to a product per se, the description shall be supported with examples for all the compounds claimed or at least all the genus of the compounds claimed. For the enablement requirement, the findings of the Intellectual Property Appellate Board (IPAB) in case of Enercon v. Aloys Wobben (Order No. 123 of 2013) clarified and distinguished the term “person skilled in the art” involved in assessing inventive step and enablement wherein, the IPAB observed that the act makes a distinction between the skilled person (the obviousness person) and the person having an average skill (enablement man). In the opinion of the IPAB, in the context of enablement, the person to whom the complete specifications are addressed is a person “who has average skill and average knowledge.”

Markush claims are often objected by examiners for lack of unity, lack of clarity and, at times, are considered as not concise and too broad with respect to the compounds as disclosed in the working examples. Additionally, these claims are further objected to as being out of the scope, wherein the invention specifically aims towards a particular single compound, but a Markush claim is drafted to cover all the compounds that belong to the specific class of the particular compound. In order to meet the said requirement, it is recommended to highlight a detailed description of the claimed subject matter with the best examples to indicate the working of the invention while drafting the application. A few working examples representing the entire class of compounds should suffice the requirement of sufficiency of disclosure and arguable for the clarity requirement. It is also advisable to include the compounds disclosed through a Markush structure that refer to the same chemical class as that of the particular compound for which the patent is filed, and so  a Markush claim is considered within the scope of the invention. Such drafting style would enable the inventors to seek the protection of the entire group of compounds. Additionally, while claiming a pharmaceutically active compound, it is advisable to ensure that all the claimed compounds should exhibit similar therapeutic potential.

Markush structures not only offer a shorthand way to represent an assortment of related structures but also enable the applicants to claim an array of entities in a single claim, thus favouring the drafting of an application with limited claims. Further, the additional fee incurred on multiple claims while filing the application can be saved.

While searching and analyzing the scope of Markush claims has been difficult, it is also important for generic drug providers during examining the infringement issues and performing freedom to operate searches. However, claiming all possible substituents with respect to a very basic molecular nucleus as indicated by the Markush structure would result in claiming a huge genus of compounds, but such a claim would fail at times to protect the monopoly of all the compounds during examination. It must be proved by the applicant that the patent is workable with respect to each of the compounds claimed through the Markush structure and all the compounds exhibit the same therapeutic properties. Therefore, the coverage of a Markush claim should be limited to the workability of the patent with respect to all the compounds that can be framed off the Markush formula. For a compound that is not only predicted by a Markush formula but is also worked out based on the patent, then such a patent is considered to monopolize the product, although the patent is a genus patent. However, follow-on or improvement patents may be granted for the compounds that are claimed through the Markush formula of the genus patent. For instance, a crystalline form of a compound may be subsequently invented and such an invention may be capable of a distinct patent.

Indrani Adhikari is an associate at LexOrbis. She holds a Ph.D in pharmaceutical technology from Jadavpur University in Kolkata and is a registered Indian patent agent. Her responsibilities at LexOrbis include drafting patent applications and office action responses at both the Indian Patent Office and foreign patent offices, including the USPTO and EPO. With about two years of experience in drug regulatory affairs and around two years of experience in IPR, Adhikari has sector-focused expertise in the fields of pharmaceuticals, chemical, organic chemistry, oil and gas, and nanotechnology, petrochemicals, and material science.

Pankaj Musyuni is a managing associate at LexOrbis. He is an advocate registered with the Bar Council of India, as well as a patent agent. He has a Master’s degree in pharmaceutical science and management and regularly advises clients on IP strategy and portfolio management. Musyuni has in-depth knowledge of patent law and regulatory framework and extensive experience in patent filing, drafting, prosecution and advisory matters – especially in the chemical, pharmaceutical and start-up fields. He has written several articles and delivered talks at various forums on patent law practice, regulatory landscape and clinical research.