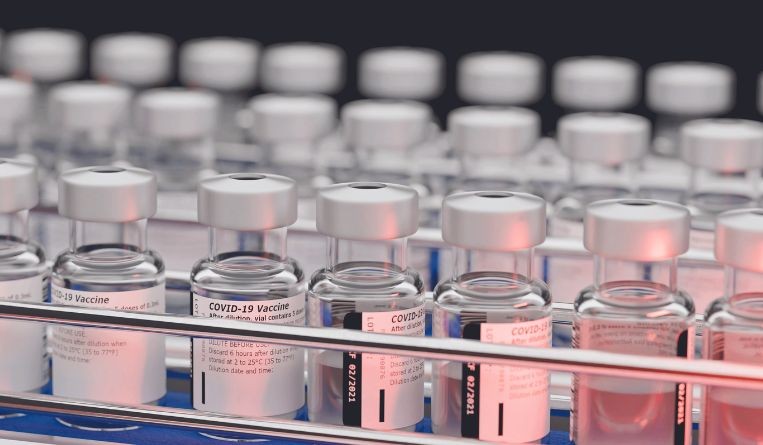 In the wake of the ongoing Covid-19 pandemic, there is an ever-growing urgent need to supply vaccines, new medicines and testing kits, protective clothing etc. With almost 5.9 million lives lost to the Covid-19 pandemic in the last two years (as per World Health Organization statistics), it is difficult to continue to observe the inequity in access to COVID-19 vaccines and medical supplies in several of the low - and mid-income countries, whereas the wealthy countries have stockpiled vaccines and are continuing to buy up the new treatments.

International communities such as the international medical charity Médecins Sans Frontières (MSF) is continuously encouraging high-income countries to accept the ground-breaking TRIPS waiver, as the same may be the key to facilitating access to Covid-19 vaccines and other medical supplies to low-income nations.

What is a TRIPS waiver?

A TRIPS waiver would mean to waive any of several provisions of the TRIPS Agreement, to focus on the prevention, control, and management of Covid-19. The waiver would allow signatories to refrain from granting or enforcing patents or other IP obligations on copyright, industrial designs, and the protection of undisclosed information related to Covid-19 goods, medical supplies and technologies.

Position of TRIPS Waiver in the current scenario

In 2015, a decision was made by the General Council to give an extension to the least-developed countries allowing them to refrain from protecting pharmaceutical patents and test data until January 1, 2033.

The current Covid-19 pandemic has fuelled several rounds of talks among the international communities, stakeholders and world states to encourage the TRIPS waiver by high-income countries. The demand for waiver is supported by more than 100 low-and middle-income countries.

In October 2020, India and South Africa proposed a TRIPS Agreement waiver proposal, with the support of 62 WTO member states, that would provisionally relinquish intellectual property rights protections for skills, machinery and know-how needed to tackle the Covid-19 pandemic, involving vaccines and vaccine-related technologies. The proposal can be read in detail here. But the proposal had received much opposition from many high-income countries. In May 2021, the United States announced its support for negotiating this waiver, but no further steps have been taken by the U.S. other than this.

The TRIPS Council met during the third week of December 2021 to facilitate the India-South Africa proposal for an IP waiver or any other appropriate pandemic response, but the proposal was shelved again. This is primarily because the big players have not shown their support to the said proposal as yet, despite it having the support of more than 100 members.

The European Union, which is one of the prime opponents of the TRIPS waiver proposal, had instead put down its own proposal highlighting that the prevailing WTO provision of allowing members to issue compulsory licences to non-patent holders for the production of patented medical products during public health crises, can be further simplified. The EU’s proposal can be read here.

Whereas it was pointed out in the proposal made by India and South Africa that there is little time or scope to mould the existing provisions on compulsory licences to work better. It was argued in the proposal that to guarantee more equitable dissemination of vaccines and medical supplies and contain the transmission of the Covid-19 virus, it is imperative that IP rules are temporarily waived.

As per the recently issued statement of the MSF, it is of the view that the final agreed TRIPS waiver must cover, apart from vaccines, all crucial medical knowhows, including treatments and tests, and that the period of the waiver should not be less than five years. This will permit the production and supply of Covid-19 medical supplies, to be prepared, scaled up, expanded, and sustained.

MSF asked the United States to speed up the discussions and expand the extent of its support to include medicines and diagnostics, apart from the vaccines. The EU, United Kingdom and Switzerland have been encouraged to endorse this ground-breaking waiver that could stimulate access to the Covid-19 supplies.

The TRIPS waiver is crucial for tackling the Covid-19 pandemic. The demand for the vaccine has already exceeded supply, with the high-income countries holding a large reserve of doses. High-income and manufacturing intensive countries have a greater responsibility to not only meet the domestic requirement but send such supplies to the low-income and developing countries as well if we are to see the end of the pandemic in the near future. Since not one single vaccine producer could manufacture enough vaccines to meet the demand of the entire world, the supporters of the waiver contemplate the ethics of international manufacturers possessing exclusive rights to the much needed Covid-19 related technology, stopping other establishments from entering the countries that do not have access to such supplies, primarily in low- and middle-income countries. Without the TRIPS waiver, the disparity between vaccination rates in high-income and low- and middle-income countries will only broaden. In this light, it is felt that the TRIPS waiver is vital for guaranteeing an equitable dissemination of vaccines and other supplies worldwide.

Manisha Singh is a founder and the managing partner of LexOrbis in New Delhi. She overviews and supervises all practice groups at the firm,and is known for her deep expertise on prosecution and enforcement of all forms of IP rights and for strategizing and managing global patents, trademarks and designs portfolios of large global and domestic companies. Her keen interest in using and deploying the latest technology tools and processes has immensely helped the firm to develop efficient IP service delivery models and to provide best-in-class services. She is also known for her sharp litigation and negotiation skills. She has been involved and successfully resolved various trademarks, copyright and design infringement and passing off cases in short timeframes and in the most cost-.nbvcefficient manner, applying out-of-box strategies and thinking.