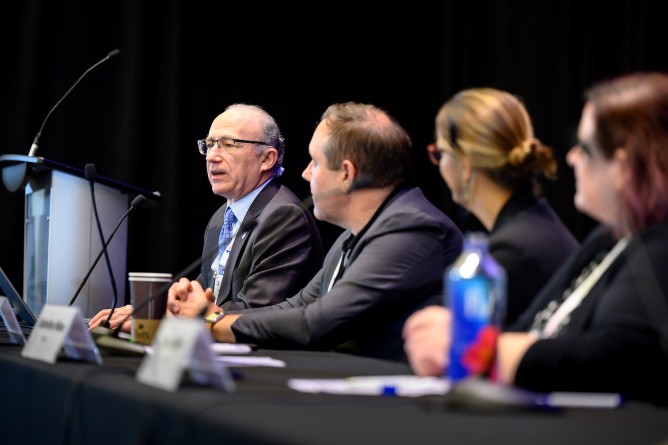 Before the Covid-19 pandemic, few of us could have spoken in as much detail about Zoom meetings as we all can today.

Compared to the technology we had previously for virtual meetings, Zoom calls (as well as those on competitors, like Microsoft Teams, GoToMeeting or Google Meet) seem to be the pinnacle of high technology. But Marc Richards, a partner at Crowell & Moring in Chicago, suggested to attendees of The Metaverse: Real World IP Issues at the AIPPI 2022 World Congress in San Francisco, that the metaverse could leave meetings like those far behind.

“AIPPI should create its own metaverse,” Richards said. “The World Congress takes place over five days, only one time a year. What about the other 360 days?” Richards, while joking, was making a good point: much can be accomplished through the metaverse, and why shouldn’t a group of the world’s most innovative lawyers take advantage of the evolving technology?

“As lawyers, we can use the metaverse to continue our collaborations here at AIPPI, anytime, anywhere. We can establish law offices in the metaverse and meet our clients there, countries can open up patent and trademark offices there. There is a lot of opportunity in the metaverse for a lot of interesting things.” He noted that the steps courts have taken for online hearings during the pandemic could be the precursor to holding those same hearings in the metaverse.

Mark Zuckerberg, the founder of Meta (formerly known as Facebook), in a video shown near the beginning of the session, said that he hopes that, within the next decade, the metaverse would “reach a billion people, host hundreds of billions of dollars of digital commerce, and support jobs for millions of creators and developers.”

Exactly how the metaverse will evolve – and what sort of issues it will raise for intellectual property lawyers – remains to be seen, but the metaverse is almost certainly something that will come to pass sooner rather than later.

Brian Vogelsang, an augmented reality product leader at Qualcomm in San Diego, described the differences between virtual reality (VR) – where one wears an immersive headset that places them wherever they want to be – and augmented reality (AR), where developers adapt, augment and layer their creations on top of the real world, including games like Pokémon Go or Minecraft and apps like Google Maps Live View.

“What the metaverse is [is] still being worked out, but I like to think of it as a 3-dimensional or a spatial internet, [an internet where] you can be with your whole self, or your whole persona. Digitally enhancing our physical spaces is where we’re going, and it will eventually replace our smartphones,” Vogelsang said.

Vogelsang also introduced the audience to MR, or mixed reality, which he described as “AR in a VR headset,” which allows you experience augmented reality while in the real world. “In the next couple of years, you’re going to experience mixed reality. Full augmented reality, where you’re replacing your cell phone with your glasses, in the 2030s, it’s going to be a technology that’s going to be more mainstream, as an overlay on the real world.” 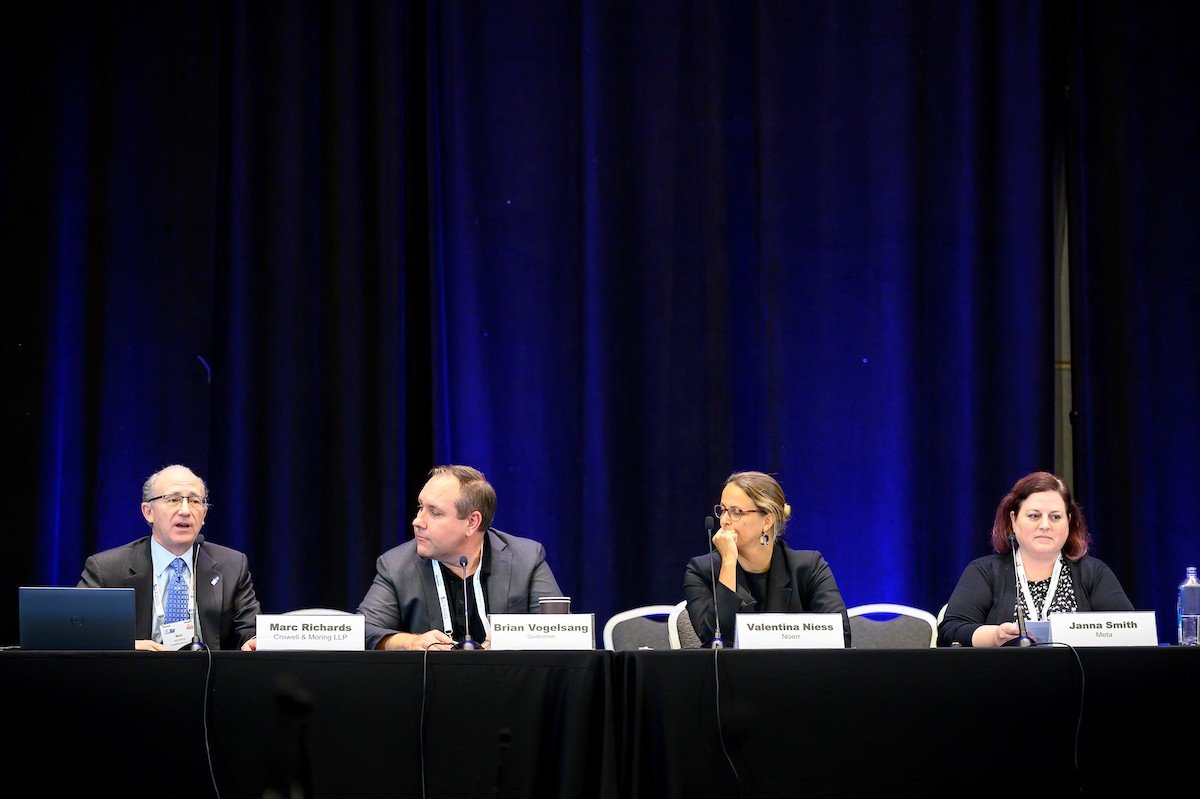 This is an exciting concept, both to future users of the technology, and to the intellectual property lawyers who will be tasked with facing the challenges that will go along with enhanced AR.

Janna Smith, IP Lawyer for a major tech company in San Francisco, said that brands will likely face a rocky road as the metaverse develops. User experiences will be enhanced by the ability to create – and dress – your avatar however you like. “Let’s assume this metaverse is going to have virtual shopping experiences,” she said, “in which I might buy real-world goods that are shipped to me, virtual goods that I get to use in the space and/or a combination thereof. If I visit Nike world and get a virtual pair of kicks, I’m going to want to wear them around. But what happens next, if my friends and I jump to the Skechers stand? Will Nike be able to limit my license and control the way I’m presenting my virtual self by refusing to let me wear my shoes in a competitor’s space? They would never be allowed to do this in the real world, but it’s technically possible in the virtual space.”

Valentina Niess, counsel at Noerr in Munich, discussed trademarks in the virtual space, and the European Union’s Digital Services Act. “All platforms will be subject to this act, irrespective of where they are located, irrespective of where the servers are located and, especially big platforms will be [required] to be quite strict. This is the key. They have to know their business partner, they have actual monetary obligation, and they can’t just say they have take-down possibilities; they have to actually actively monitor content and then there will be new oversight created by the EU,” she said.