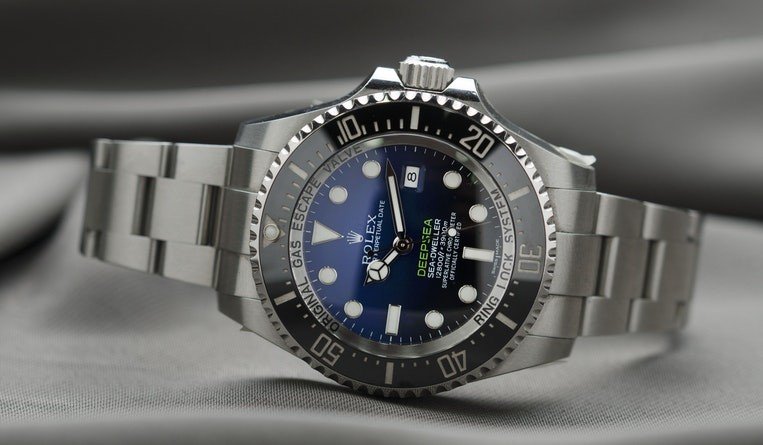 FMTM Distribution Ltd (the applicant) is a company selling high-end luxury watches. The applicant applied to protect the trademark “MARINER” (the applicationmark) in Singapore on February 5, 2016, under Trade Mark Application No. 40201602064R in Class 14.

Rolex S.A. (the opponent) is a watchmaker established in 1905, based in Geneva, Switzerland. The opponent has a registered trademark in Singapore under Registration No. T5925069E, “SUBMARINER”, filed in Class 14 (“the opponent’s mark), which was filed on June 11, 1959.

The trademarks in question for the opposition proceedings

Section 8(2)(b) of the Act. The application mark is confusingly similar to an earlier mark for similar or identical goods or services.

Section 8(4)(b)(i) read with Section 8(4)(a) of the Act. The use of the application mark would indicate a confusing connection with the proprietor of an earlier well-known mark in Singapore.

Section 8(4)(b)(ii) read with Section 8(4)(a) of the Act. The use of the application mark would cause unfair dilution in an unfair manner of the distinctive character of your marks.=

Section 8(7)(a) of the Act. The use of the application mark would constitute passing off.

Decision of the Registrar

The Application Mark is confusingly similar to an earlier mark for similar or identical goods or services.

The Registrar based its decision on the following distinctivenessinquiry.

Distinctive and dominant features of the marks. The Registrar did not find that there are any particular features of either the opponent’s mark or the application mark which stand out. Both marks are word marks in block capital letters and have no additional stylizations to draw one’s eye to any particular subset of letters. In addition, both marks comprise single known words in the English language, each of which the Registrar consider to be compact enough, such that it would be contrived to poke and prod for some distinctive or dominant core. As such, the Registrar do not think there exists for either mark, any distinctive and dominant components.

Overall, the Registrar found that the opponent’s mark possesses a medium degree of distinctiveness. Consequently, it does not enjoy a high threshold before a competing sign will be considered dissimilar to it.

In light of the above, the Registrar found that the application mark is more similar than dissimilar to the opponent’s mark.

Since both the application mark and the opponent’s mark are filed in Class 14 and the overlap of the good “horological instruments,” the element of goods-similarity is satisfied.

Factors relating to the impact of marks-similarity:

As concluded above, the marks are more similar than dissimilar.

Based on the evidence adduced for the element of acquired distinctiveness above, the opponent’s evidence has not established any reputation on the part of the opponent’s mark.

Factors relating to the impact of goods-similarity

While the Registrar would agree that consumers tend to be somewhat attentive and fastidious while purchasing watches, the Registrar does not think that this average consumer would have specialist knowledge in relation to watches that he might bring to bear in making a purchase.

Taking the above into consideration, the Registrar found that there is a likelihood of confusion between the application mark and the opponent’s mark, both over the origin of the goods and in the belief that the users of the competing marks are economically linked.

The ground of opposition under Section 8(2)(b) therefore succeeds.

Similarity of marks. This factor has been discussed in Section 8(2)(b) above.

Well known in Singapore. The opponent additionally cited a number of foreign decisions (from the European Union, Switzerland, Saudi Arabia, the United Arab Emirates and Kazakhstan) relating to the opponent’s mark and the applicant’s mark in its written submissions but failed to show how it has  successfully enforced its rights that has led to its mark being well known in Singapore. Therefore, the Registrar found that this element has not been fulfilled.

With the well-known element was not fulfilled, there is no necessity to consider the rest of the elements and therefore this ground fails.

The use of the application mark would cause unfair dilution in an unfair manner of the distinctive character of your marks.

As the well-known element was not fulfilled in the ground under Section 8(4)(b)(i), the element of “well-known to the public at large” will similarly fail here it is a higher threshold then the “well-known in Singapore” requirement as discussed in (c) above. Therefore, this ground will also fail.

The use of the application mark would constitute passing off.

To make out a case under the tort of passing off, it is necessary to establish: i) goodwill, ii) misrepresentation and iii) damage.

On the element of goodwill, the opponent’s established network of retailers throughout Singapore demonstrates goodwill in the opponent’s business as a whole, which the Registrar found sufficient to establish goodwill.

Having concluded positively on the similarity of the parties’ marks and goods and services in Section 8(2)(b) above, the Registrar was satisfied that the element of misrepresentation had been made out.

Lastly, on the issue of damage, as there exists an overlap between the goods in respect of which the applicant seeks registration of its mark and those for which the opponent’s mark is protected, the parties are therefore clearly in direct competition with each other. As such, the Registrar found that there is a real likelihood of damage to the opponent’s interests exists.

As such, this ground of opposition had been made out.

As the opposition succeeded on Section 8(2)(b) and Section 8(7)(a), protection in Singapore was refused for the application mark.

Lih-Han Khoo is an associate at Mirandah Law. He graduated from the Singapore Management University with a juris doctor degree in 2016 and was called to the Singapore Bar in 2017. He also has a degree from the National University of Singapore (NUS) in mechanical engineering.