No Break Given to Nestlé in Kit Kat Shape Mark Appeal 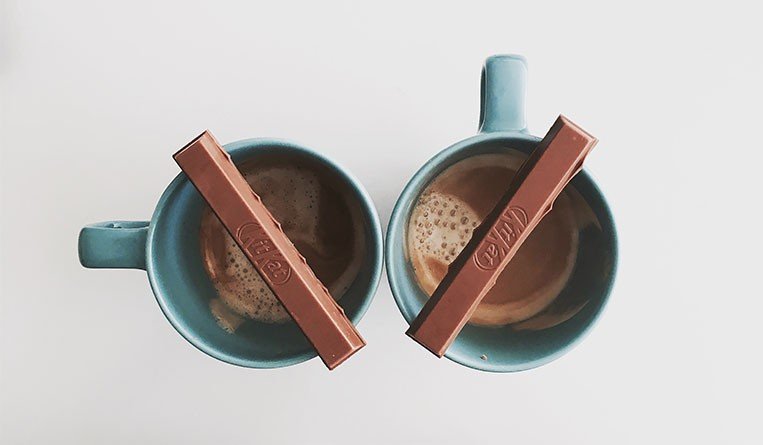 A Kit Kat bar, with its two-finger and four-finger breakable wafers coated with chocolate, is surely one of the most famously-shaped food items that one could enjoy at a local store almost anywhere around the world to ‘have a break’ – as the product’s tagline goes. Yet, in the conclusion of a long-running dispute, Nestlé recently lost its battle to prevent a competitor from utilizing the two- and four-finger shape for its own chocolate bars. This was the result of the judgement in Société des Produits Nestlé SA and Another v. Petra Foods Limited and Another [2016] SGCA 64, heard before the Singapore Court of Appeal.

The appellants (Nestlé), selling Kit Kats in Singapore since 1950, had registered both its two-finger and four-finger designs for Kit Kats in Singapore as trademarks under Class 30 of the Nice Classification of Goods and Services. Upon registration, the marks were said to protect the three- dimensional shape and design of the two bars.

The respondents (Petra Foods) had been selling a similarly shaped chocolate product in Singapore since the 1980s, first registered as a trademark under the name Windmolen, then subsequently marketed as Take- It and sold in both two- and four-wafer varieties.

In 2014, Nestlé lost infringement proceedings it had filed against Petra before the Singapore High Court, having their trademarks invalidated by Petra’s counterclaims. In ruling in favour of these claims, the court found as follows:

Firstly, that Nestlé’s marks were not inherently distinctive as per Section 7(1)(b) of the Trade Marks Act (TMA), and secondly, that their registration breached Section 7(3)(b) of the act as the registered shape was necessary to obtain a technical result – namely, that of a rectangular bar with convenient breakable fingers for the consumer.

Given these breaches, the High Court judge further ruled that the marks could not be endowed with special protection as well-known trademarks. Further, it was ruled that the marks could also have been revoked for non- use, due to a lack of use for a period five years subsequent to registration – the mere selling of Kit Kats did not amount to ‘use’ of the shape that had been registered.

In the Court of Appeal, Nestlé sought to overturn all of these rulings.

Firstly, on the issue of inherent distinctiveness, the Court of Appeal reaffirmed the decision of the High Court that the Kit Kat marks were devoid of any distinctive character, and therefore could not be registered in Singapore as per Section 7(1) (b) of the TMA. In its appeal on this issue, Nestlé had given evidence in the form of market surveys to try to persuade the judge that consumers would identify a Kit Kat merely by looking at its shape – however, these surveys were ruled to be flawed in several aspects, including being too leading towards their respondents, and therefore considered insufficient to prove inherent distinctiveness.

With respect to the marks being necessary in order to obtain a technical result and therefore non-registrable under Section 7(3)(b), Nestlé also failed to persuade the Court of Appeal that their mark was a piece of “artistic work.” Nestlé argued that the shape of Kit Kats were not purely functional in that they possessed some features purely for ‘aesthetic appeal’ and that, in any case, the function of making a chocolate bar ‘bitesize’ could be performed by many different shapes. However, the Court of Appeal rejected these arguments, clarifying that, for Kit Kat’s rectangular shape, the ‘finger’ design of breakable chocolate was absolutely necessary in order to provide the consumer with bitesize portions.

Regarding the issue of the marks being in the category of well-known marks, the court held that a mark that has failed on the elements of distinctive character and inherent distinctiveness cannot simply enjoy protection merely on account of the fact that it has become well-known in Singapore.

Lastly, the Court of Appeal dealt with whether the mark should be revoked for lack of genuine use since its registration. Once again, it concurred with the decision of the High Court. At all times, the Kit Kat bars had been sold within packaging with the logo ‘Kit Kat’ displayed upon it – therefore, the sale of Kit Kats could not be said to constitute use of the shape marks on their own.

All in all, the conclusion of this appeal has set a strong example as to the level of protection afforded to shape marks in Singapore. To acquire inherent distinctiveness, a shape mark must not only prove extensively the ability of the consumer to distinguish said shape from other products, but also prove that shape of a product in itself can function as a badge of origin. Most prominently, its registration must not concern any part of the manufacturing process. Singapore courts have decreed even more stringently that firms may not declare rights over design processes through the mere registration of a finished shape. This will serve to promote the domestic manufacturing industry, as companies need not live in constant fear of how to shape their marketed products.

Divya Easwaran is a lawyer in the Singapore office of mirandah asia, where she works on trademark-related matters, conducting comprehensive searches nd dealing with non-contentious trademarks.