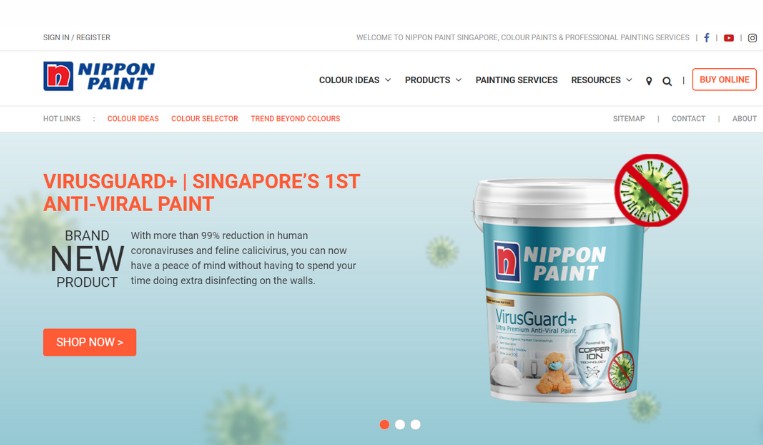 These opposition proceedings relate to a dispute on the trademarks between an established supplier of adhesive products for industrial purposes (Nippon Paint (Singapore) Co. Pte. Ltd., or the applicant) and a relatively new entrant into the market (known as Warrior Pte. Ltd., or the opponent). The opponent is a Singaporean company which specializes in developing unique waterproofing products and systems aimed to help solve leakage and seepage problems encountered by building contractors. The applicant, however, is the main Singapore distributor and an affiliate of well-known Japanese paint and paint products manufacturing company, Nippon Paint Holdings Co., Ltd.

The opposition in relation to the applicant’s mark is based, inter alia, on the following grounds:

In evaluating the confusing similarity ground, the Registrar applied the “step-by-step” test laid down in the seminal Staywell Hospitality Group v. Starwood Hotels & Resorts Worldwide [2014] 1 SLR 911 case. The steps in Staywell may be summarized as follows:

In applying the Staywell test, the Registrar’s findings were as follows:

Overall, on the basis of the Staywell test, the Registrar found that the average consumer is likely to find the marks more dissimilar than similar. As such, the opposition failed under Section 8(2)(b).

In evaluating the passing off ground as per Section 8(7) of the Trade Marks Act, the Registrar applied the classic trinity of goodwill, misrepresentation and damage in order to determine if there was passing off on the facts.

In evaluating the same, the Registrar’s findings were as follows:

In conclusion, it was held that the use of the applicant’s mark is not likely to result in retail consumers being deceived or confused into thinking that the applicant’s goods are linked to the opponent’s. As the element of misrepresentation was not established, it followed that there was no substantial risk of damage. Accordingly, opposition under Section 8(7)(a) also failed.

As the opposition had failed on both grounds, the application was registered.

Surabhi Pathak manages the portfolios of trademarks from a wide variety of sectors, assisting them with the prosecution and protection of their brands in all 10 ASEAN countries and India. She previously worked on the trademarks team of a leading intellectual property firm in India where she was promoted as a senior associate. As an India-qualified lawyer, she has been a Member of the Bar Council of Delhi since 2015.