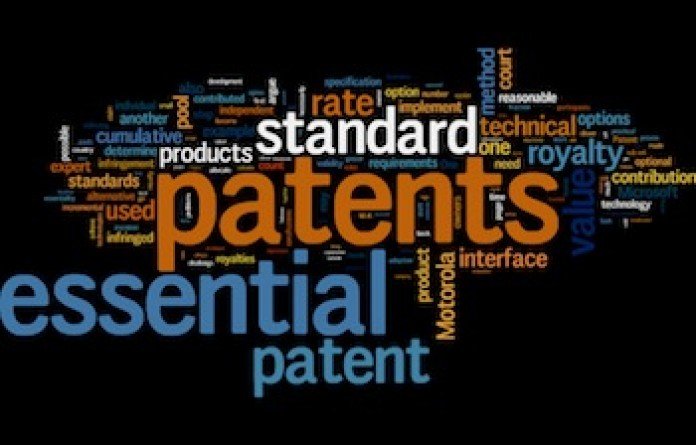 The long wait for players in the technology industry (be it telecom, audio-visual technology, etc.) is finally over, with the Delhi High Court delivering India’s first ever judgment on standard essential patents.

Philips, represented by Anand and Anand right from the institution of the first suit in 2009, claimed that its patents were essential to the DVD-ROM standards. Therefore, it claimed that the defendants’ sale of DVD players was infringing their patent rights, since any DVD player necessarily used Philips’ patented (and standard-essential) technology.

Refusal to secure licenses for the DVD technology despite repeated requests by Philips resulted in initiation of lawsuits before the Delhi High Court. What made these cases unique and intriguing was that SEP (standard essential patent) jurisprudence was in its developing stages in even the most advanced patent regimes in the world.

Although the judgment requires a careful reading to understand India’s position on SEPs in general, brief highlights are below:

Patent validity was challenged by the defendants on grounds of the claims being software and algorithm-related. Therefore, a Section 3 (k) argument was taken up during trial and final arguments. However, this aspect was never pleaded in the written statement by the defendants. They had also given up the issue of invalidity before the court itself on a previous occasion. Therefore, the patents were held to be valid by the Delhi High Court.

Philips’ patents in India found corresponding patents in the US and EP. During trial, the defendants’ witness had admitted that the claims of the Indian patents matched those in US and EP. This was also established by the court through an independent analysis.

Philips had filed reports which proved that the US and EP patents were found to be essential to the given DVD standards. The defendants had not raised objections to these reports. In view of essentiality reports and corresponding claims of patents, the court held that Philips proved that the patent in India is also an essential patent, and that the defendants led no evidence to rebut the claim.

The court held that infringement of the patent was established through two means, (a) through an independent claims v. product analysis, and (b) the mere fact that the defendants had used a standard essential patent, without authorization, proved infringement.

The court’s distinction between the concepts of authorized vendor and exclusive licensee makes for an interesting read, and may pave the way for adjudication of this issue in similar disputes.

The court held that an abuse of dominance claim, as raised by the defendants, is not a cause that can be made subject matter of a suit or proceeding before a civil court. Therefore, this defence was also dismissed.

The court held that Philips had offered licenses for its SEP to the defendants on FRAND rates. The failure of the defendants’ to prove that these rates were not FRAND-compliant led to fixing of royalty rates along the lines proposed by Philips.

Therefore, the court ordered that the defendants pay royalties of US$3.175 from the date of institution of the suits until May 27, 2010, and thereafter pay a further royalty at the rate of US$1.90 until February 2015. Royalty rates are further subject to interest of 10 percent per annum.

In order to determine the quantum of money payable by the defendants, the court has ordered for a court commissioner to assess the exact quantity of DVD players sold by the defendants and furnish a report so that Philips may recover such an amount in an execution petition.

This judgment reminds us all of the importance of leading evidence in lawsuits, in order to ensure that one’s claims materialize into relief granted by the court.

More importantly, it will act as a beacon of light for other courts and fora to follow, while adjudicating a long line of pending cases concerning SEP infringement and FRAND rates.

A Litigation Partner and Strategist at Anand and Anand, Vaishali Mittal joined the firm in 2003. Designated as a “leading light” in India for SEPs, Ms Mittal has to her credit India’s first posttrial SEP judgement. She is described as an “engine of Anand and Anand’s patent practice, an outstanding advocate and deal negotiator” by the IAM 300. Behind her lie over 17 years of rich experience in litigation, prosecution, drafting and advisory to various Fortune 500 companies and other leading organisations worldwide on disputes concerning patents, trademarks, copyright infringement and passing off.
Outside of courts, she authors articles in renowned publications like GTDT, Asia IP, MIP etc. She has also created ‘IPONOMICS’, a picturesque coffee table book co-authored by her compiling legendary IP matters and ‘Origami’, an in-house knowledge manual on Best Practices and Procedures of IP practice in India for law firms and companies. She also conceptualized and created ‘IP Thinker’ a digital newspaper to celebrate World IP Day, 2020.

TRANSACTIONAL AND ADVISORY
1. Led the Intellectual Property arm of the team representing Embibe (Individual Learning Private Limited), an Artificial Intelligence based startup pioneering in the education industry, in its acquisition by one of the world’s biggest companies, Reliance Industries, in a multi-million dollar deal in India.
2. Assisted the Sports Development Authority of India in the development of a “Sports Code” for India with a writ petition seeking its implementation presently pending before the Delhi High Court;
3. Legal advisor, assisting and spearheading various transactions with leading companies securing protection for their Intellectual Property and other legal compliances in India on issues such as Advertisement-Media campaigns, regulation requirements for electric products imports, imports of milk and other health hygiene products for infants etc.

PUBLICATIONS & PRESENTATIONS
1. An illustrative list of the publications authored and contributed in, as follows:
a. Author “India” chapters in publications such of Practical Law-Trademark Litigation Guide 2017, Practical Law- Copyright Litigation Guide 2017;
b. Author of “India” chapters in publications such as Getting the Deal Through (Right of Publicity – 2016, 2017, 2018 and 2019);
c. Author of the article on Toyota PRIUS – Supreme Court decision discussing the landmark judgment Toyota v. Deepak Mangal on the issue of trans-border reputation, published in Asia IP and WIPR Annual 2017;
d. Author in WIPR-India Focus (Commercialized court and IP practice) in 2016;
e. Author of “India” chapters in Thompson Reuters (Trademark and Copyright Litigation Guides, 2018).
2. Acted as the moderator for the round-table panel discussion on “Plain Packaging Regulations across the world” at the 138th edition of the Annual INTA meet in Barcelona, Spain in 2017.
3. Special Mention given to “IPONOMICS” in the category of “IP STORIES” by Financial Times – “Most Innovative Lawyers, Asia Pacific Awards, 2018”.
4. Conceptualized, designed and created the “IPONOMICS” – compilation of legendary IP matters in the form of a coffee table book.
5. Conceptualized, designed and created the book “ORIGAMI – Best Practices and Procedures of Intellectual Property practice in India”, an in-house publication/knowledge manual for law firms and companies.

RECOGNITIONS/APPRECICIATION
1. Recognized amongst the “Top 15 Dispute Lawyers in India” across all verticals by Asian Business Law Journal in 2019;
2. Recognized amongst the “Star Women in Law” Awards at the Legal Era-Woman in Law Awards 2019
3. Recognized in the “IAM 300” Strategy list of 2019; “Vaishali Mittal is a leading light in India regarding SEPs; she recently litigated – and won – the country’s first SEP judgment. An engine of Anand and Anand’s patent practice, Mittal is an outstanding advocate and deal negotiator.”
4. Appointed as the Member of the Member of the Standing Committee on ADR (Alternate Dispute Resolution Committee) at the AIPPI, up until December, 2021
5. Appointed as the coveted member of the INTA committee for: Famous and Well-Known Marks Committee for the term 2020-2021.
6. Leading team member in the dispute Koninklijke Philips Electronics Vs. Rajesh Bansal, winning the “Impact Case of the Year” at MIP Asia Awards 2019; “Milestone Case of the Year” at Legal Era Awards, 2019;
7. Winner of “40 under 40 – Rising Star award” at the Legal Era Awards, 2017