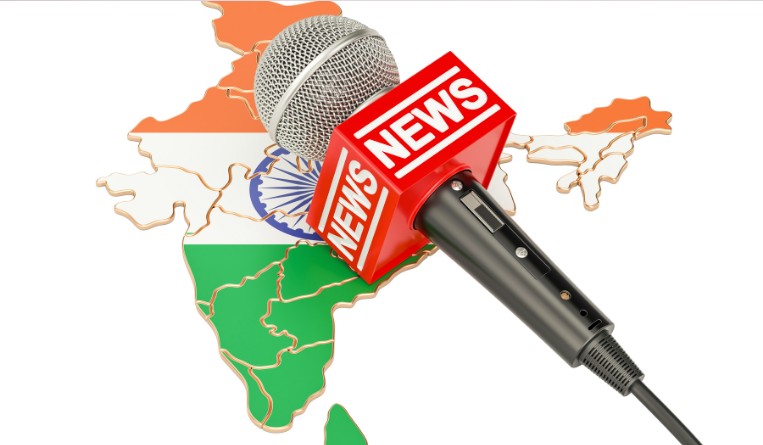 Previously, India Today reported Newslaundry’s alleged copyright violations to YouTube where the media watchdog has a channel. Eventually, the online video sharing platform took down five videos from the channel and froze the Newslaundry channel itself for three weeks.

The lawsuit combines the copyright infringement and defamation allegations. It mentions that Newslaundry ridiculed the complainant’s reportage, anchors, employees and management via its articles and digital shows including TV Newsance and NL Tippani. The suit also claims that Newslaundry used footage from the complainant’s channels namely India Today, Aaj Tak and Good News Today for its commentary, without permission.

Named as defendants were Newslaundry co-founder and CEO Abhinandan Sekhri, its directors and some of its editors and correspondents.

“A reading of the Plaint filed by India Today indicates that it is primarily a copyright infringement suit with arguments of ‘defamation’ made therein. India Today has invoked the provisions of ‘moral rights’ of the author against ‘mutilation’ of its work. Thus, only the provisions of Copyright Act, 1957 have been invoked and the Plaint makes no mention of ‘Defamation’ as provided under Section 499 of the Indian Penal Code, 1860 [IPC]. Unless already initiated, India Today has the option of seeking separate relief under the aforementioned section of the IPC which would be dealt with accordingly,” explained Dhruv Goel, managing associate at Remfry & Sagar in Gurugram.

In an article in The Wire, Sekhri said that a news website using the footage of another news organization to critique, comment or analyze does not constitute copyright infringement.

“In our view, unless the acts of infringement are blatant, they remain a subject matter of debate. Whether each act of alleged infringement is defensible on the several available grounds, including fair dealing, is to be weighed individually on merits. Under the ‘fair dealing’ defense as provided in the Copyright Act, 1957, ‘criticism or review’ finds an explicit mention. Each video upload on YouTube - or any other media - would have to be separately analyzed on whether it should be afforded the fair dealing defense or should be taken down as causing ‘copyright infringement’ or ‘defamation’ as alleged,” said Goel.

Aside from the defense of ‘fair dealing,’ Goel added that the de minimis principle could also be a crucial element. To analyze the de minimis principle, there are five factors to consider: the size and type of the harm, cost of adjudication, purpose of the violated legal obligation, effect on the legal rights of third parties and intent of the wrongdoer.

“While India Today has argued that substantial portion of their works have been used, NewsLaundry would argue that what is taken is minimal,” said Goel, “and not more than what was required for ‘criticism or review.’”

For him and his firm, the suit by itself - without commenting on the merits thereof - is not surprising.

“There is a thin line between satirical and defamatory content. An astute creator would ensure that while the viewer is certain as to what the spoof refers to, no sentiments are voluntarily hurt, no trademark/copyright is infringed and the comedy is relayed with sensitivity. Personal attacks/criticism bordering on defamation should definitely not form part of any satire or critique. With literally hundreds of content creators vying for subscriber/viewer attention, it is impossible to demarcate satire against insult and content creators will have to accept that their fare may, instead of tickling, end up injuring someone’s funnybone! Actions such as the one initiated now may nudge content creators such as News Laundry to adopt a different narrative,” Goel explained. “That said, it may be too soon to comment on how the cookie crumbles.”

According to another article in The Wire, Sekhri said that after the YouTube incident, Newslaundry sent a proper legal reply to the video sharing platform. However, India Today did not send a legal notice to Newslaundry and instead, proceeded to file the lawsuit.

According to Nikhil Krishnamurthy, senior partner at Krishnamurthy & Co. in Bangalore, this presents no problem.