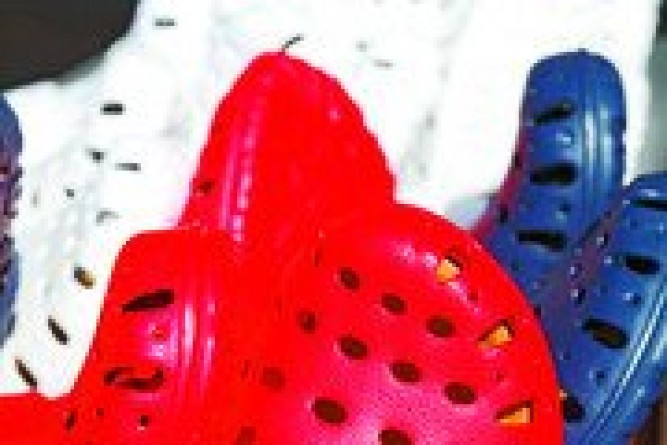 A series of decisions in India have rejected a claim by Crocs Inc. that the design for its popular, lightweight shoe was infringed.

By Bisman Kaur, counsel at Remfry & Sagar in Gurugram.

For most of us, an image of a lightweight shoe with ventilation ports springs to mind. But as with most things popular, competitors often offer similar products in the market. On the back of registrations for the design of its clog, US-based Crocs Inc. filed suits against several shoe companies in India – Aqualite India Limited, Action Shoes, Liberty Shoes, Bata India, Relaxo Footwear and Bioworld Merchandising – and recent decisions issued by the Delhi High Court in the matter have been attracting headlines. Remfry & Sagar was counsel for Aqualite India Limited and here we report our ringside view of the dispute.

In one series of suits, Crocs alleged infringement of its design on the part of the companies listed above. However, in a 2018 judgment, the court rejected its claim as the design registration was found to be invalid on account of prior publication and lack of novelty.

Crocs also filed separate suits seeking an injunction against the aforesaid companies on the ground of passing off [Crocs Inc., USA v. Aqualite India Limited & Ors. (2019 SCC OnLine Del 7409)]. Passing off is an action in common law that prevents a party from misrepresenting its goods or services as those of another. Ever since trademark law has been codified in India, the statute has included the remedy of passing off to enforce unregistered trademark rights. However, the remedy of passing off finds no mention in the Indian design statute, so the question that arose for consideration in these suits was “whether the said action in common law had survived the codification of the law relating to designs in India?”

In this regard, the legislative intent behind the Indian Designs Act, 2000 was studied. The reason for the enactment of this law was to grant a statutory monopoly over novel designs for a limited period of 15 years, so as to encourage new and innovative designs to flourish in the market – quite akin to the logic behind patent laws.

Trademark protection – which can be perpetual in nature – follows a different reasoning. Trademarks seek to prevent consumer confusion and, to this end, their protection is not limited in time by the statute. But under common law, could a design or shape be understood as a trademark? No, answered the court.

Extending the remedy of passing off to a design in this way would defeat legislative intent for it would allow evergreening of a design and according it a perpetual sort of protection not envisaged by the framers of the design statute. Further, it was pointed out that the statutory definition of design in India specifically excludes trademarks, and if what is registered as a design is also given protection as a trademark, it would through a backdoor permit rights which are not registrable under the Designs Act.

This led the court to speak of the doctrine of election, whereby a right holder must choose whether it wants to protect its rights as a design or as a trademark – once it makes the choice, it is forever precluded from seeking protection under the alternate category. Crocs tried to argue around this by stating that though trademarks were excluded under the statutory definition of a design, the trademarks statute contained no such explicit exclusion for designs. However, the court held that established principles of harmonious construction of statutes did not permit an interpretation that suggested designs could be accorded trademark protection.

Such confusion on the design/ trademark overlap has been dealt with in previous cases as well – most recently in Mohan Lal v. Sona Paint & Hardwares (2013) 55 PTC 61 (Del) as well as Carlsberg Breweries v. Som Distilleries 2018 SCC OnLine Del 12912.

Mohan Lal had observed that post-registration of a design under the Designs Act, there can be no limitation on its use as a trademark by the registrant for, use of a registered design as a trademark was not provided for as a ground for cancellation under the statute. The Carlsberg Breweries decision countered this by stating that under the Designs Act, there is a specific provision that exposes a registered design to cancellation if it is “not a design as defined under the statute.”

Since the statutory definition of designs excludes trademarks, if a registered design per se is used as a trademark, it could be cancelled. However, Carlsberg Breweries further explained that as long as it was not the elements of the design alone that were used as a trademark and a passing off action was filed in respect of the overall get up or trade dress (trade dress, under Indian trademark laws, is a type of trademark that embodies the overall representation of a product or packaging), such an action would be maintainable.

The judge in the instant case went back to Mohan Lal and said that a closer scrutiny revealed that the said ruling was not really at odds with Carlsberg Breweries for the former had observed that use of a design as a trademark was based on the logic that a design forms part of the goods themselves whereas a trademark is something that is extra, added to denote the origin of the goods, and generally speaking, the same thing is not a trademark and a design. So in that sense, designs were not equated with trademarks.

Returning to the matter at hand, with regard to Crocs, nothing extra besides the design was being shown to be used as a trademark – there was no larger trade dress. Thus, based on the reasons above, the judge dismissed the passing off suits filed by Crocs.

This judgment clearly states that a registered design cannot constitute a trademark. However, if there are features other than those registered as a design shown to be used as a trademark and with respect to which goodwill has been acquired, the judge has ruled that “only those extra features” can be protected as a trademark. This makes the ruling very significant in terms of its broader impact. One aspect is whether the Trade Marks Office will be more mindful in examining applications that might overlap with design rights. Practically speaking, this could be difficult to ensure. More likely, applicants seeking design registration will look to define their claim more strategically, so that they can maximize gains from their intellectual property.

Bisman Kaur, of counsel at Remfry & Sagar in Gurugram