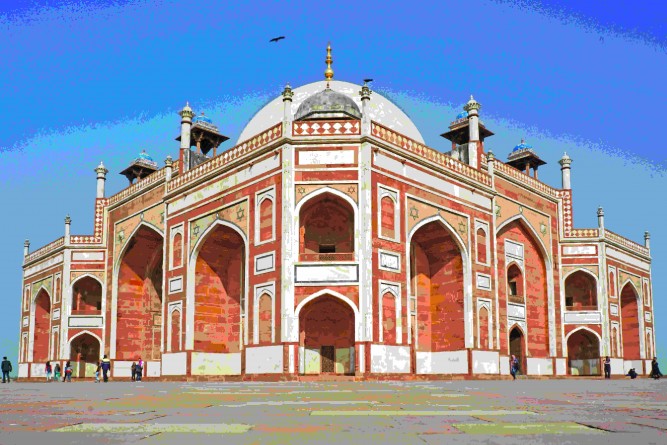 The Division Bench of the Delhi High Court, comprising Justice S. Muralidhar and Justice I. S. Mehta, recently passed a judgment on April 11, 2019, in an appeal filed by Christian Louboutin SAS, the owner of the famous Red Sole trademark, challenging the impugned order of the Single Judge who dismissed the trademark infringement suit of the plaintiff in limine.

The judgment has enunciated important principles which govern commercial suits. The dispute commenced when the plaintiff, Christian Louboutin SAS, instituted a suit against a shop called VERONICA and two of its partners seeking a permanent injunction restraining infringement of the Red Sole trademark and other ancillary reliefs with damages. The Single Judge, before whom the suit came up for hearing, dismissed the suit of the plaintiff, invoking Order 12 Rule 6 of the Civil Procedure Code (CPC). The reasons for dismissing the suit were as follows:

• In view of the “admissions” in the plaint, the suit ought to be dismissed in terms of Order XII Rule 6 CPC.

• Even taking all the averments in the plaint to be “completely correct,” the plaintiff would not be entitled to the reliefs of infringement or passing off or claim existence of dilution of their trademark, unfair competition, etc.

• The Red Sole trademark of the plaintiff, being a single colour trademark, does not qualify as a trademark under Indian law in view of provisions of Sections 2(m) and 2(zb) of the Trade Marks Act, 1999.

• That Section 30(2)(a) of the Trade Marks Act, in the facts of the present case, is a complete disentitlement to the reliefs claimed by the plaintiff on the basis of causes of action pleaded in the plaint.

• There would be no deception since the word mark under which the plaintiff were selling their goods was “Christian Louboutin,” which was completely different from the defendants’ word mark/trademark “Veronica.”

• Can a commercial suit seeking a permanent injunction against infringement of a registered trademark be dismissed at the very first hearing of the suit invoking Order XII Rule 6 CPC? On the facts of the present case, can it be said that the plaint disclosed “admissions"t of the plaintiff that would disentitle it to the reliefs prayed for in the suit?

• Was the Single Judge, in the facts and circumstances of the present case, without the defendants entering appearance and raising any plea, justified in holding that “a single colour cannot under any circumstances be given the benefit for being used as an exclusively owned trademark of a manufacturer/ seller etc.” and that the device mark of the plaintiff “could legally not have been got registered as a trademark”?

• Was the Single Judge justified in proceeding to dismiss the suit disagreeing with the correctness of the judgments of two co-ordinate benches of the High Court on the very issue, without referring the matter to a larger bench?

According to the Division Bench, the reasoning of the Single Judge was relatable to Order 7 Rule 11, which allows the court to dismiss the suit for failure to disclose the cause of action even at the first hearing. Therefore, the stage at which Order 12 Rule 6 is invoked was different and since the judge did not invoke Order 7 Rule 11, the reasoning of the Single Judge that even Order 12 Rule 6 could be invoked to reject the plaint for failure to disclose a cause of action was wrong.

Lastly, the Division Bench held that the decision of Bright Enterprises Private Ltd. v. MJ Bizcraft LLP was squarely applicable to the facts of the present case wherein the court held that it was incumbent upon the Single Judge to have issued summons to the defendants, particularly because the defendants had not appeared at the time of presentation of plaint to admit the claim of the plaintiff.

Issue No. 2: According to the court, the finding of the Single Judge that a single colour cannot be claimed as a trademark was not something that could be finally determined suo motu by the court at the very first hearing of the suit, particularly in view of the fact that under Section 31 there was a prima facie presumption of validity of the plaintiff’s trademark. Moreover, whether the plaintiff’s trademark was unique or validly registered in favour of the plaintiff could not be definitely concluded by the Single Judge at the first stage of the suit.

The plaintiff’s claim that its trademark was not a single colour trademark, but qualified as a device mark consisting of an arbitrary placement of a particular shade of the colour red at a specific part of a shoe, according to the court, had to be tested further by the court on the basis of pleadings and evidence.

Issue No. 3: The plaintiff had relied upon certain favourable decisions of other coordinate benches of the Delhi High Court relating to the Red Sole trademark, which were distinguished by the learned Single Judge on the ground that they were incorrectly decided by not considering the definition of a ‘mark’ under Section 2(m) of the act, and the defence under Section 30(2)(a) of the act, namely, “that the trademark pertained to the characteristic of goods, which would include functional aspects of the goods which gave appeal to the goods.”

Pertinently, the Division Bench stated that since the learned Single Judge was bound by doctrine of stare decisis, it was not open for the Single Judge to have proceeded to deliver the impugned judgment without referring the matter to a larger bench.

The appeal was allowed and the impugned judgment set aside. The matter was remanded back to the Single Judge to hear and decide the restored suit of the plaintiff and all pending applications.

The court did not express any opinion on merits while allowing the appeal since the suit required consideration by the Single Judge after the defendants entered appearance.

The judge was pleased to decree the lawsuit granting a permanent injunction against the defendants restraining them from infringing the plaintiff’s Red Sole trademark following the dicta of the judgment dated April 11, 2019, passed by a coordinate bench of the Delhi High Court, wherein the court had declared the Red Sole trademark to be well-known by a reasoned judgment. The court was also pleased to pass a decree of damages and costs in favour of the plaintiff to the tune of Rs2 million (US$28,100) jointly and severally against the defendants.

Udita M. Patro is a senior associate in the litigation department of Anand and Anand, where she handles genearl intellectual property contentious matters with a special focus on patent litigation.

Pravin Anand is a preeminent IP lawyer with 40 years’ experience.

Awarded the ‘AIPPI Award of Merit’ and recognized as the “Most Innovative Lawyer” by Financial Times.

Some recent landmark decisions in his career:

(i)    Patent lawsuits that transformed pharmaceutical and bio-technology enforcement regime in India including Merck Vs. Glenmark; Roche Vs. Cipla; the Monsanto case; and a large number of other suits on behalf of Pfizer, BMS, AstraZeneca, etc.

He is the co-author of ‘Halsbury’s Laws of India on IP’ and a large number of chapters in leading IP Publications.

•    Past President of Indian Groups of AIPPI, APAA and FICPI.

Spreading the message of IP:

Some of Mr Anand’s path breaking initiatives to spread IP awareness are: