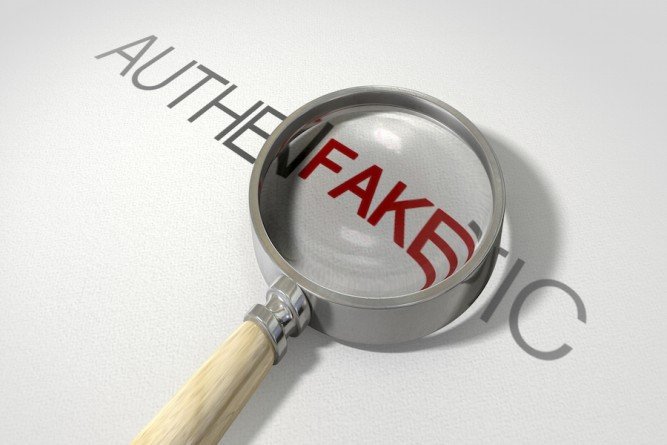 In the recent age of technological advancement and innovations, counterfeiting has become a global epidemic having a substantial impact on the world economy. As per the latest survey of the Authentication Solution Providers’ Association (ASPA), a selfregulated, non-profit organization formulated with the sole objective of combatting the fake, counterfeit and fraudulent goods circulating in the market, it was reported that Indian economy loses around Rs1 trillion (US$14.1 trillion) every year to the counterfeit market.

The Copyright Act, 1957. Copyright is the property right in the original work of authorship fixed in any tangible medium of expression wherein the owner of the copyright is given exclusive right to reproduce, adapt, distribute, perform or display the work. In harmony with the Berne Convention, registration of copyright is not compulsory for the purpose of enforcing it, although a registration serves as ex facie evidence of the particulars incorporated in the registration certificate. The Copyright Act provides statutory civil and criminal remedies against copyright infringement. No registration is required for initiation action for copyright Infringement.

The Designs Act, 2000. A design may include the features of the shape, ornament, pattern, configuration or composition of lines or colour in 2-D, 3-D or in both forms, manufactured by an industrial process or means. Remedies are of a civil nature only and no criminal liability is prescribed. Terms of copyright in design shall subsist for 10 years, which can be subsequently renewed for another five years.

The Geographical Indication of Goods (Registration and Protection) Act, 1999. A geographical indication is an indication attached to the goods with respect to its geographical origin or manufacturing place. These goods may include agricultural, natural or manufactured goods. The act provides for both civil and criminal remedies. The term of protection for a GI is 10 years, which may subsequently be renewed upon its expiry.

The Intermediary Guidelines Rules, 2011, read with the Information Technology Act 2000, require intermediaries to regulate users hosting contents on their platforms. The guidelines impose a duty on the intermediaries to conduct a due diligence over the content posted by the users by informing about the restrictions as under the intermediary guidelines. In order to encourage IP protection in cyber space, Section 3(2)(d) of the guidelines imposes a duty on intermediaries to inform the users through rules and regulations, terms and conditions and user agreement not to host, display, modify, publish, transmit, update or share any information that infringes any patent, trademark, copyright or any other proprietary rights.

An affected party can enforce its intellectual property rights against an infringer by way of civil action, criminal action or enforcement through the customs authority in India.

Civil remedies. Civil remedies for infringement of IPRs are governed by the Code of Civil Procedure, 1908. In early 2016, in addition to the Code of Civil Procedure, the Commercial Courts Act, 2015 was brought into force with an objective of providing efficient redressal of commercial matters by setting up the commercial courts at the district level and at the High Courts having original jurisdiction. Disputes involving IP matters are covered within the ambit of the Commercial Courts Act. The most significant development under the Commercial Courts Act is the introduction of the concept of summary judgment. Under summary judgments, the court can pass a final order without requiring oral evidence if the court is convinced that the other party does not have any chance to succeed in the matter. Therefore, anti-counterfeiting cases are the best fit for the purpose of invoking summary judgment, which can substantially reduce the timeframe of the suit and thereby facilitate effective and efficient remedy to the affected party. The reliefs which can be granted under the civil action are as follows:

• Temporary/ex parte ad interim injunction: A court may grant a temporary or ad interim injunction without notice to the defendant if the court is satisfied that any delay in granting injunction could result in irreparable loss of profit and reputation to the rightful owner of the intellectual property rights.

• Anton Piller Order: In addition to the ex parte injunction, the court may also appoint local commissioner(s) for the purpose of seizing and/ or making an inventory of the infringing goods.

• John Doe Order: Under this order, the court may empower the local commissioner to enter the premises of unnamed defendants for the purpose of seizing infringing material on the basis of suspicion that infringing material could be recovered from such premises.

• Permanent injunction: The court may pass an order to permanently injunct the defendant from manufacturing and/or dealing in the infringing material in any matter.

• Damages and actual costs: The court may, upon assessing the extent of infringing activities, direct the defendant to pay damages to the rightful proprietor of IP rights as it may deem fit in the interest of justice and actual costs of litigation.

Criminal remedies. Criminal remedies for the violation of intellectual property rights are only available in the cases pertaining to the Trade Marks Act, 1999, the Copyright Act, 1957, the Geographical Indication of Goods (Registration and Protection) Act, 1999, the Protection of Plant Varieties and Farmers’ Rights Act, 2001 and under the Information Technology Act, 1999.

A criminal action may be initiated against the infringing party either by way of lodging a First Information Report (FIR) with the police or filing a complaint before the competent magistrate. If the offence committed is cognizable, then the police officer is empowered to carry out a search and seizure and arrest the offender without a warrant. Under a criminal action, the offender may be sentenced to imprisonment for the term as may be specified under the concerned statute (which in most cases may extend up to three years) or with fine or with both.

Criminal law in India also provides for concept of a plea bargain. A plea bargain is an agreement resulting out of a successful negotiation between the victim and the accused in order to settle a criminal case in exchange for a lenient punishment. The accused may file an application for plea bargaining before the magistrate during the pendency of a trial stating a brief description of offences and providing an affidavit sworn by the accused that he has voluntarily preferred, after understanding the nature and punishment of the offence, plea bargaining and that he has not previously been convicted of the same offence. It is to be noted that the accused shall apply for a plea bargain voluntarily and not under any undue influence by anyone, as the same could be rejected by the court if it is found that the application was filed involuntarily or that the accused has been convicted of the same offence previously. Further, the consent of complainant or victim is also important for the proceeding of plea bargaining. The provisions related to plea bargaining are provided under Chapter XXI-A from Sections 265-A to 265-L of the Criminal Procedure Code, 1973.

Enforcement through customs. In order to prevent the importation of infringing material into India, the rights can be registered with the Indian Customs under the Intellectual Property Rights (Imported Goods) Enforcement Rules, 2007 read with the Customs Act. Subsequent to this registration, the Commissioner of Customs, if satisfied that material being imported would infringe the Registrant’s IP rights, may seize the consignment of the infringing materials at the customs port and initiate proceedings against the importer. The final order can include absolute confiscation of the offending goods along with fines on the importer, which could be twice the value of the imported goods.

Saif Khan is a litigation partner who leads the IP enforcement team at Anand and Anand. Prior to joining Anand and Anand, he worked with British Petroleum (on the rolls of Castrol India) for nearly two years as manager - legal trademark operations. He has also practiced as litigation counsel for four years. Khan has experience conducting enforcement actions, customs and border recordal, anti-piracy and anti-counterfeiting actions, both criminal and civil. He has experience working, coordinating and liaising with law enforcement agencies to ensure focused solutions for IP infringement.

Shobhit Agrawal is a managing associate at Anand and Anand in Noida. He completed his BSc and LLB (Hons.) from Gujarat National Law University and enrolled as an advocate in 2010. Agrawal has been extensively engaged in working for protection and enforcement of IP rights of his clients, including brand protection, software piracy and other anti-counterfeiting measures. He regularly represents clients in contentious matters before various courts in India and has wide experience in conducting civil and criminal litigations, trials, and enforcement actions.