Affixing a brand to a venue: How complicated can it get? 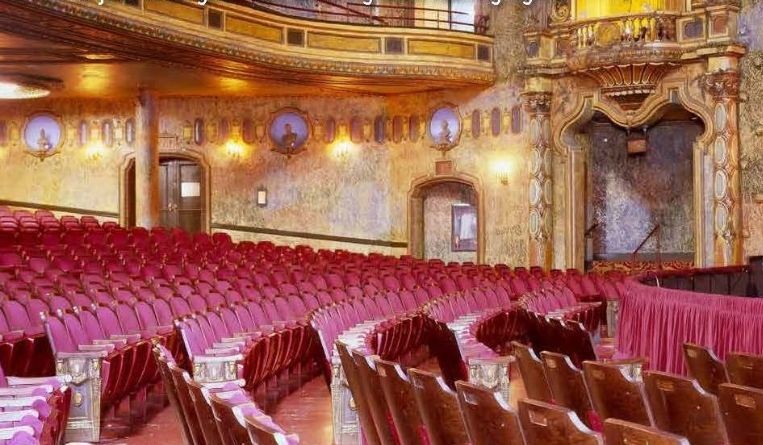 Affixing a brand name to a theatre, coliseum or stadium is not uncommon, and is very much prevalent in many parts in Asia. A stadium in western Tokyo that used to be named after a life insurance company, for example, is now named the Belluna Dome. The Belluna Dome – now named for a mail order company based in Saitama Prefecture – was previously named for New York-based MetLife, and has also been known as the Seibu Dome, Invoice Seibu Dome, Goodwill Dome and, before it had a roof, Seibu Lions Stadium

Similarly, the Japanese IT company ZOZO has had its name added to the name of the home stadium of the Chiba Lotte Marines baseball team, which is now called ZOZO Marine Stadium.

In Hong Kong, PAG’s International Trade Tower (ITT) in Kowloon East has been rebranded after its anchor tenant as Manulife Place, the third building in Hong Kong on which Manulife has put its name, the other two being Manulife Financial Centre and Manulife Tower.

And in Malaysia, the recently launched Genting SkyWorlds, an outdoor theme park located approximately 6,000 metres above sea level in the Genting Highlands in the state of Pahang, was intended to have rides inspired by movies under the 21st Century Fox wing, including Ice Age and a few other notable ones. After Disney’s acquisition of 21st Century Fox, the collaboration fell out and the brand name Fox World Malaysia was dropped. The construction of the theme park continued, albeit without a name or new opening date. Eventually, Genting Malaysia took the executive decision to acquire back the theme park as a whole, and renamed it Genting SkyWorlds, with a licence from 21st Century Fox for use of the latter’s intellectual property rights for the rides.

“Brand owners regardless of size or reputation want brand recognition, presence and awareness against the ever-changing market and demand,” says Raghuram Supramanium, a principal associate at Shearn Delamore & Co in Kuala Lumpur. “A venue such as an arena, stadium, or other facilities that is accessible to the public anytime provides a great platform for a brand to enhance and strengthen its brand value as well as its goodwill and reputation. Sports and entertainment are topics that go across various age spectrums, and so affixing one’s brand to a venue or premise, more so if it’s well known, may help in leaps and bounds to get the brand to the front of its most relevant audience.”

Kensaku Takase, a partner at Baker McKenzie in Tokyo, agrees, saying that other than the increased profile that a brand owner can get from being associated with a new sports stadium or a winning team, there are other potential benefits. “It may improve brand awareness in the general consumer market, which may be important for companies with a more B2B focus,” he says. “International exposure for the brand is also possible if a global sporting event is played at the stadium. Aside from stadiums, companies may wish to be associated with a particular CSR-related cause associated with the building, such as museums or cultural halls.”

But while rebranding remains a complicated and costly marketing choice, what other ramifications are there, particularly in the context of trademark and brand management?

The complications of affixing a brand name

Supramanium adds, however, that affixing a brand name to a venue is a complex and expensive marketing decision, so it’s prudent that brand owners make careful deliberation before such ventures.

“Take the above Malaysian example, for instance,” he says. “Both parties would have made significant investments in marketing the brand name in various countries of interest, and given that both parties are multinational businesses, reputation would have been at stake when the collaboration fell out. Changing the brand name from the former to the new brand would have involved significant cost, all of which could have been avoided if the brand management and planning was done right from the beginning.”

Brand management and protection may get even more complicated when a brand is affixed to an arena, stadium, or other facilities that is open to members of the public or third parties, particularly when the licensor or brand owner does not own the venue and has no locus stand against issues beyond the trademark licensing arrangement between the parties.

“Certainly, the owner of the venue may have obligations under the agreement between him and the brand owner to protect the integrity and distinctiveness of the brand, but it may not always be easy or straightforward to act a watchdog and enforce the brand owner’s rights against the many different infringers that crop up every other time,” says Supramanium. “The arrangement has to be well crafted and all-encompassing, as the use of the brand at the arena, stadium, or other facilities may in most instances go beyond the premise itself, and involve third parties.”

He says to take for instance, on the day of events where there would be hundreds of sellers or vendors on the venue compound, where there could be a huge number of instances of infringement. “Third parties, on the assumption that they have automatic rights to use the venue’s brand name, may incorporate it into their materials,” he adds. “Ultimately, the brand owner may have to take extra care and precautions in protecting and enforcing its brand when getting into an arrangement with a venue owner, to ensure its brand value is not diluted.”

This is echoed by both Justin Davidson, a partner at Norton Rose Fulbright in Hong Kong, and Mohan Dewan, a principal at R.K. Dewan & Co. in Mumbai.

Davidson says: “The legal implications and concerns are largely the same as affixing a brand name to anything operated by a third party and the reflected reputation that may have on the brand owner and vice versa.”

“It should be a license agreement where the licensor will pay the licensee a royalty or a fixed amount to permit the stadium to be renamed with the licensor's trademark,” says Dewan. “This gives publicity to the licensor’s trademark.”

Takase adds that although there is no clear definition under Japanese law, a naming right is usually treated as a contractual right that is defined through a naming rights agreement between the facility owner and the sponsor.

What, then, should business owners consider before agreeing to attach their name to a brand, or vice versa?

Takase’s colleague, Hayato Higa, an associate at Baker McKenzie in Tokyo, says, “When the owner of a facility is a local public entity, business owners should consider whether the proposed name would be accepted by residents living in and around it. There have been cases in which businesses ended up not exercising their naming rights for certain publicly owned venues (such as parks and beaches) due to movements against the names by local residents, although this is relatively rare. In addition, facility owners may wish to terminate a naming rights agreement, depending on the terms of the agreement, in the event of a business scandal that could damage the facility’s reputation.”