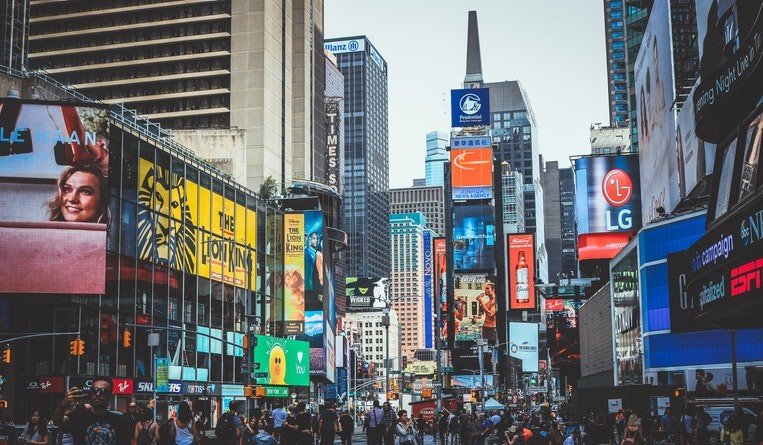 Brands urged to act on social justice at the INTA 2020 New York Conference, but were warned that it has to be real action. Gregory Glass reports.

The International Trademark Association has finally been able to launch its 2020 New York Conference. The conference was originally scheduled for March in midtown Manhattan until it was, like so many other events, put on hiatus by the novel coronavirus Covid-19 pandemic.

The conference, now called the Brands in Society: Their Influence and Responsibility, debuted Monday, June 22, on an entirely virtual platform, featuring lawyers and brand experts mostly working from their homes in casual clothes.

“This is the first time I’ve worn a collared shirt since the pandemic started,” joked Austin Phillips, an IP attorney at Menlo Park, California-based Facebook, as he prepared to speak as part of the day’s first panel session.

Conference organizers and presenters have worked quickly to respond to the news of the past weeks and month, flavouring their presentations liberally with Covid-19 and Black Lives Matters references and referring frequently to the fact that our lives, as we knew them in early 2020, have changed.

“It’s amazing how much the world has changed in the past three or four months,” said Jamie Joyce, managing director, digital, at communications agency Rubenstein in New York, speaking during the day’s second panel session, Delivering Your Brand Message During a Social Revolution.

In some cases, Joyce said, that may mean a brand should not have a presence on social channels during a particular moment. In other cases, it may mean revisiting and really looking at the content that had been previously planned.

Joyce said that for some brands, now might be the time to shift from focusing on acquiring new customers to retaining and engaging existing customers. “Between the financial crisis and the pandemic and the social upheaval and the racial injustice, we’re in a very different time than when that strategic planning session happened several months ago,” he said. “Now is a good time to go back and look at that one- or two-year plan and reassess.”

But it’s not enough for a brand to simply act. A brand must act in a way that will create or maintain trust from its customers.

“Trust is comprised of two components. One is ethics and the other is competence,” said Jennifer Cohan, the New York-based president of public relations and marketing consultancy Edelman. “We’ve found that ethics is three times more important to consumers than competence.”

Cohan, who spoke on consumer trust as the morning’s capsule keynote speaker, said that 60% of Americans will buy or boycott based on a brand’s reaction to Covid-19 and racial justice, but it has to be real. “Brands have to act. People tell us that while it’s very important that brands take a stand, they can’t be ‘woke washing.’ It has to be real action.”

Kaydi Osowski, a trademark lawyer at ViacomCBS in New York who moderated the day’s second session, said that 17 percent of Americans who complain and leave a brand will never return. “We know we cannot please everyone all of the time, but you can imagine that losing 17% of your customer base for remaining silent on a hot issue right now is a big price to pay.”

Rick McMurtry, senior vice president and associate general counsel at WarnerMedia in Atlanta, who worked on one of the first pandemic-era live sporting events in the United States, also spoke about trust, though his in his case, it was about how brands must trust the other brands they work with.

“It raised US$20 million – double what they were hoping to raise,” McMurtry said. “They did that through partnerships with different advertisers, including Capital One, Michelob and Audi. TNT and the advertisers then partnered with charities including the All-in Challenge, an organization that provides food for those in need.

“It was important to pick the right partners,” McMurtry said. “You want to make sure that the charity that you’re partnering with is, in fact, going to spend the money on the relief that you’re seeking. You’re putting your brand credibility on the line.”

Both Joyce and McMurtry urged brands to have a bias towards action. “If you’re just putting a hashtag out on your feed, it really doesn’t break through as authentic,” McMurtry said. “You have to do more than a hashtag. You have to back it up with something.”

Joyce said that it isn’t enough to simply issue a statement or issue some platitudes on a share graphic on Instagram. “This is a time where people really want to see what brands are doing,” he said.

Joyce said that brands might also need to reconsider where they are spending their advertising dollars. Stating that his team has been “preaching the gospel of mobile-first” for over a decade, the Covid-19 pandemic has caused a shift in how people use their devices.

“Since the stay-at-home orders were first enacted back in March, we’ve seen a big shift,” he said. “Desktop usage has spiked. Facebook’s desktop usage has gone up 30 percent. Their app usage has only gone up 1 percent. YouTube has seen a 15 percent lift in desktop, and their app is down 4.5 percent. We see that trendline replicate itself across all categories.”

Joyce also noted that in the past three or four months, researchers have seen a huge increase in internet traffic to local and established news sources. “Visits are up by more than 50 percent at the New York Times and the Washington Post. Visits are up by more than 100 percent at the San Francisco Chronicle, the Boston Globe and the Seattle Times.” Joyce said that increases in traffic for so-called mainstream news sources has come at the expense of partisan media in the United States. “We’re also seeing that partisan sites have not benefited from that increase. In fact, those numbers are flat or down. For example, the Daily Kos, which is a left-leaning site, and Breitbart, which is a right-leaning site, have been completely flat in terms of their usage, even at a moment in time when people can’t get enough news.”

A recent survey suggests a correlation between inn...