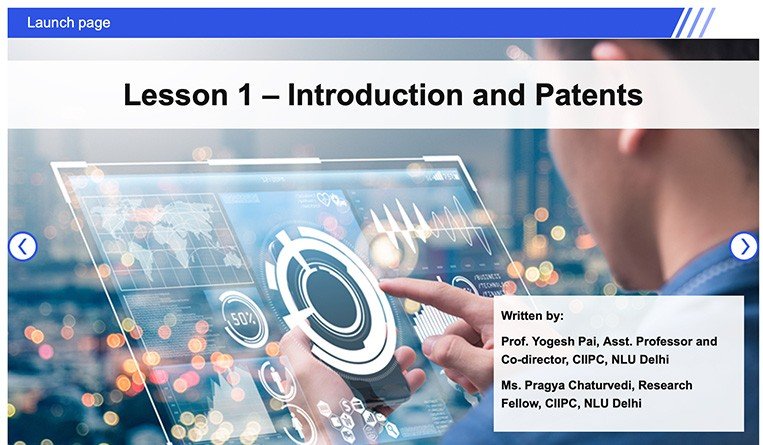 India’s Department for Promotion of Industry and Internal Trade has launched a website and app called L2Pro, designed to help create and promote an innovation culture in the country.

The National Intellectual Property Rights Policy launched by the government in India in 2016 laid special emphasis on the creation of IP awareness, generation and commercialization. Numerous measures have, in fact, been implemented by the government to incentivize start-ups and promote their growth. The Department for Promotion of Industry and Internal Trade (DPIIT), the nodal department to coordinate, guide and oversee the implementation of Intellectual Property Rights in India, has launched several action plans and schemes and has carried out various legislative amendments to create and promote an innovation culture in India.

One of these is the website and mobile application L2Pro, Learn to Protect, Secure and Maximize Your Innovation on Intellectual Property Rights (IPRs), which is designed to encourage and enable the youth, innovators, entrepreneurs, start-ups and small and medium size industries (SMSE) to gain a comprehensive understanding of IPRs for their ownership and protection, integrate IP into business models and obtain value for their R&D efforts.

Developed by CIPAM-DPIIT in collaboration with Qualcomm and National Law University (NLU), Delhi, the L2Pro India e-learning platform contains 11 modules for three different difficulty levels – basic, intermediate and advanced – and each module comprises of e-text for understanding concepts, short animated videos of the concepts, links to additional resources on the subject and quizzes for assessment and grading the learner’s knowledge and understanding of the subject. Successful participants are provided e-certificates by CIPAM-DPIIT and NLU Delhi and Qualcomm on completion of the e-learning modules.

According to Saya Choudhary Kapur, a partner at Singh & Singh in New Delhi, the platform is a welcome step and helps stakeholders involved in the generation and protection of IP.

“We receive numerous queries from entrepreneurs, start-ups and small entities seeking legal opinion on adequate protection of their IP,” she says. “In our experience, we have realized that knowledge pertaining to importance of IP generation, commercialization and enforcement has not percolated down at the grassroots level, and the majority of stakeholders are still oblivious about the value IP brings to the business of an enterprise.”

Kapur says that the platform will generate much needed awareness among stakeholders. “With the coming of the app and website, all information regarding enforcement of IP in India will be available in one place and entrepreneurs, start-ups, small entities would not have to run to different departments or firms to better understand how to exploit their IP, and will allow them to compete effectively with the bigger players in the ever changing national and international market. If people are aware about the viability of their intellectual property, it would encourage innovation.”

She adds that the app works in tandem with other initiatives launched by the government such as Start-Up India and Make in India. The initiative also helps in improving the innovation ecosystem in India and is in line with the government’s objective of making India a market leader in respect of innovation and IP in the coming years.

Aside from India, the app platform has already been successfully implemented in jurisdictions including Germany, the United Kingdom, Italy and France.

The application, though intended to educate young businesses and start-ups, may sometimes not be accessible to those whom could perhaps benefit the most. Since India is still largely an agrarian society, where innovation takes place in a more primitive manner and knowledge is passed down from generation to generation, this application may not benefit innovators in the fringes of India, who may not be as educated as their urban counterparts. Insofar as SMEs and small business owners are concerned, the greatest challenge will be educating them about the various benefits of the platform and getting them to use it. Thus, DPIIT must conduct periodic surveys to gather feedback from all stakeholders and consequently carry out regular updates to incorporate useful features in the app in the coming future, says Kapur.

“As far as the course content is concerned, we suggest the following: impart the course in regional languages apart from English and Hindi; include case studies based on important IP cases decided by Indian courts; include an IP news bulletin educating users about various IP specific developments taking place in India and around the world; create a discussion forum wherein members can communicate with one another and connect to share best practices; and call IP experts and practitioners from various fields and organize interactive sessions through video conferencing to educate users,” says Kapur.

With the app rising in some parts of the world, Kapur says she sees it being developed in other parts, including Asia. After studying the effect of the initiative in India, Asian countries that focus on innovation and development of IP, such as Japan, Singapore and China, may also choose to implement the app. Furthermore, she says that this could incentivize other developing nations to concentrate on their intellectual property laws and put better enforcement mechanisms in place.

“Nowadays, IP is deemed as a viable commercial asset in the country,” she says. “The focus is no longer on merely enforcement of the rights enshrined in an IP under various statutes, but innovation is being encouraged, for instance, by giving tax benefits, and also by creation of think tanks such as Technology Information Forecasting and Assessment Council (TIFAC), and bodies such the Cell for IPR Promotion and Management (CIPAM) and the Centre for Scientific and Industrial Research (CSIR) for assisting  entrepreneurs, small entities and start-ups in procuring, protecting and leveraging their IP assets.”