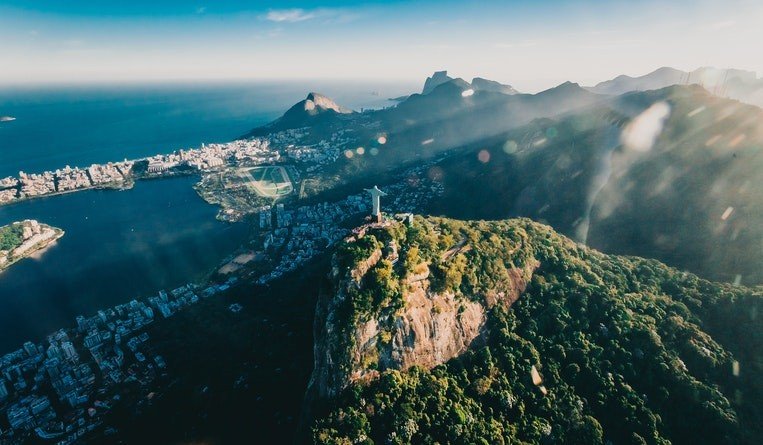 The words “China and America” are constantly in the news these days with reports of trade and IP squabbles, but “America” is much larger than only the United States. Johnny Chan explores the relationships between China and Latin America.

There’s more to “America” than just the “United States of.”

Sometimes forgotten in discussions about global trade and intellectual property matters is that region called Latin America, so-called because the predominant languages in those countries are descendants of Latin, most often Spanish but also Portuguese and French.

Latin America is firmly on China’s radar, though, and is seen as a new trading partner as relations between China and the United State continue to sour. Purchases of soybeans, for example, have surged from Brazil as Chinese traders have largely eschewed products from the United States, particularly agricultural products, in what is seen as an attack on supporters of U.S. President Donald J. Trump’s largely rural base of supporters.

Chinese entrepreneurs and investors have long looked to Latin America, which boasts a growing middle class in many countries, as a prime spot to protect their intellectual property, particularly in Argentina, Brazil, Colombia, Mexico and Peru, since these are considered territories with high developing potential, says Alejandra Aoun, director of Estudio Aoun Intellectual Property in Buenos Aires.

According to the Brazilian trademark office, Chinese applications represent only one percent of the total number of filings in Brazil, says Clarissa Jaegger, a partner at Montaury Pimenta, Machado & Vieira de Mello in Rio de Janeiro. “However, in 2019 China remained the main trading partner of Brazil and is increasing investment here. We therefore are confident that such percentage will improve.”

One reason contributing to Chinese applications representing only one percent of the total number of filings in Brazil is because Brazil exports mainly commodities to China and commodities have no brands, says Valdir Rocha, an IP partner at Veirano Advogados in Rio de Janeiro. “China invests heavily in infrastructure such as oil, gas, mining, electricity and highways, and these industries do not have many brands. It also manufactures products bearing brands of Western countries, especially US and European brands. For example, when we buy Apple, Motorola and Samsung phones, they are made in China, but the brands are owned by the US and South Korean companies. [Home-grown] Chinese goods are not yet popular here.”

As China works towards becoming the most important global economy, its companies should increase their patent and trademark filings abroad, Rocha says. “Brazil has been one of the Top 10 economies for over a decade and with the population of 211 million, it should be a priority for China.”

In December 2019, the new Chinese ambassador to Peru, Yu Liang announced that Chinese foreign direct investment in Peru had reached US$30 billion, a total that trails only Brazil in Latin America. “This investment has taken place due to the increase of IP filings by Chinese companies in services related to mining, telecommunications and transport,” says Maria Luz Vargas, managing partner at Estudio Fernández & Vargas Abogados in Lima.

In Latin America, only four countries have joined the Madrid Protocol: Brazil (since 2019), Mexico (since 2013), Colombia (since 2012) and Cuba (since 1995), and foreign filings have been increasing throughout the years, according to WIPO.

With Brazil’s accession to Madrid, new practices are being introduced in filing proceedings there, namely i) using the multi-class system, ii) the concept of co-ownership and iii) the division of registrations and applications, says Jaegger.

But while Madrid is already in force in the country, multi-class filings remain pending, says Rocha.

Through Madrid, the benefits that IP owners obtain in return are related to the fact that with only one application in a single country, with one set of documents, in a single language and paying one set of fees, the applicant will obtain a single registration with a single number, with the same renewal date and valid in more than one country, says Aoun.

Besides broader protection for the right owners, the country where the IP is registered also enjoys some benefits.

Aoun thinks future reforms are likely since only four Latin American countries have joined Madrid. “However, we can’t say when this will happen because these laws are dictated as a result of a discussion at the parliaments.”

Should other countries join Madrid, lawyers expect Chinese investment to continue to increase, and not just in Brazil and Peru. Legislators and regulators across the region are preparing for more FDI.

In Chile, Max Montero, a partner at Johansson & Langlois in Santiago and president of the Chilean Association on Industrial Property says that the “Short Law,” or Ley Corta, which aims to facilitate processing, modernize processes and, above all, contribute to the harmonization of international standards, is currently under review in the Senate of Chile.

“It is a qualitative leap that allows us to face, with more and better tools, our country’s challenge of becoming an increasingly relevant actor in innovation globally,” says Montero.

The Short Law considers substantive changes for trademarks, which are very encouraging for the local system of entrepreneurship and innovation, he says. “One of the most awaited announcements is trademark expiration due to insufficient use.”

This modification comes to resolve a pending debt, he adds. “Chile is one of the few countries that does not have regulations in this regard and, therefore, there is a risk that a registration without use is blocking other potential trademarks.”

Among the improvements, there is the incorporation of different brand types, through a new conceptual definition that expands the possibilities, by excluding the requirement of graphic representation, he says. “Registrations of three-dimensional mark are included as well.”

“As regards patents, changes are introduced to prevent aspects such as the assessment of patentability or their commercial scalability from becoming a restriction on the protection of innovations, which is why we are reinstating provisional patents in our system,” he adds. “This change will mean that inventors, universities, research centres and companies that start a procedure will have 12 months to gather all the necessary information. Time in which it will be possible to evaluate the viability of an application, its scalability and projection, without losing priority. In other words, it will prevent many inventions from being kept in folders.”

In this connection, the fee payment system will be sought to be more consistent with the environment faced by innovators, he says. “The bill proposes payment by annual installments, as an alternative measure to the system of decades or quinquenniums, depending on the fee type.”

A quinquennium is a specific period of five years.

In Peru, there have been reforms in the IP law. “For example, publications are made for free in the Electronic Official Gazette. Nominative searches can be conducted without fees as well,” Vargas says. “These are important cost reductions in trademark registrations.”

Titleholders could also file renewals through a virtual system, she says. “For these purposes, it is necessary to set up a domicile in Peru through a local attorney.”

She adds that while still under discussion, there is a project establishing a scale of fines ranging from less than US$26,000 to up to US$570,000, depending on the gravity of infringement in trademark law.

Latin America may not be in the news constantly, but its IP infrastructure is strong enough to produce interesting cases. For instance, with a special tribunal deciding judicial matters regarding designs, patents and trademarks, Argentina has a long tradition of specialized IP court decisions.

“One of the cases for which I have great appreciation for, is one related to the brand of a roach gel requested in Class 5 that was opposed by a food company for a registered brand related to ice cream in Class 30. The opposing brand was contained in the brand requested by our client and in the first instance the judge refused the claim. However, the court of appeal accepted our arguments: different kind of products, not made from the same raw material, the products do not have the same purpose and the products are sold in different locations,” Aoun says. “Although the opponent indicated that the roaches are ugly insects and so they didn’t want consumers to associate their trademark to a cockroach gel trademark, we argued that these gels are necessary and important for extermination purposes.”

Montaury Pimenta, Machado & Vieira de Mello has represented a famous streetwear US brand in a search and seizure operation in São Paulo. The operations brought new records in figures of seized products, says Jaegger: 900 stores were inspected, which resulted into 154 full trucks containing 43,479 bags of counterfeits, totaling 870 tons, with an estimated value of US$56,000,000.

Rocha says that pharmaceutical patent litigation is one of the most important issues in Brazil nowadays. “Other major litigation involves agrochemicals and farmers, especially soybean farmers. Monsanto, for example, was a plaintiff in a very high-profile case and prevailed.”

Based on the sharing above, we can conclude that Latin America’s IP disputes are just as “exciting” as the rest of the world and businesses that want to take the first-mover advantage must pay attention to the region now.